From Charlotte's Web by E. B. White

The barn was very large. It was very old. It smelled of hay and it smelled of manure. It smelled of the perspiration of tired horses and the wonderful sweet breath of patient cows. It often had a sort of peaceful smell – as though nothing bad could happen ever again in the world. It smelled of grain and of harness dressing and of axle grease and of rubber boots and of new rope. And whenever the cat was given a fish-head to eat, the barn would smell of fish. But mostly it smelled of hay, for there was always hay in the great loft up overhead. And there was always hay being pitched down to the cows and the horses and the sheep.

The barn was pleasantly warm in winter when the animals spent most of their time indoors, and it was pleasantly cool in summer when the big doors stood wide open to the breeze. The barn had stalls on the main floor for the work horses, tie-ups on the main floor for the cows, a sheepfold down below for the sheep, a pigpen down below for Wilbur, and it was full of all sorts of things that you find in barns: ladders, grindstones, pitch forks, monkey wrenches, scythes, lawn mowers, snow shovels, ax handles, milk pails, water buckets, empty grain sacks, and rusty rat traps. It was the kind of barn that swallows like to build their nests in. It was the kind of barn that children liked to play in.


All these years later, our barn is much the same, which fills me with such joy. 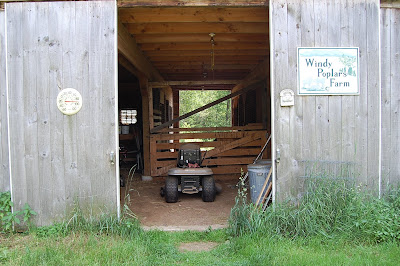 Cool and shady in the stall. 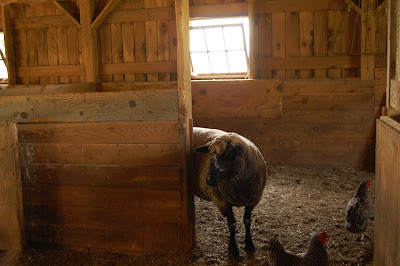 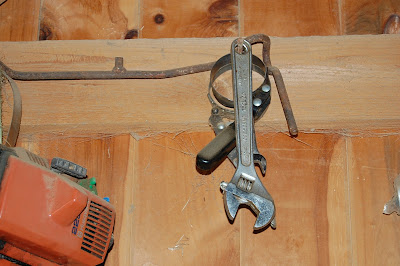 And the lawn mowers. 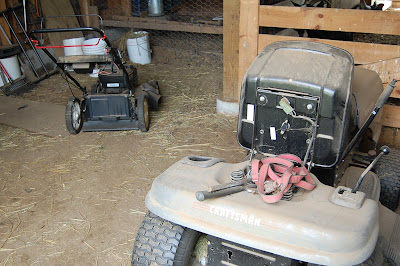 Not new rope, but baling twine, which Tom uses for everything! 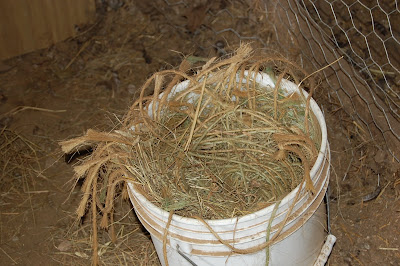 The snow shovel, grain cans, and this year's fleece. 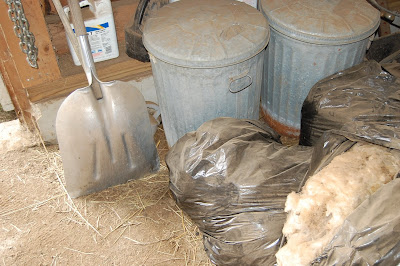 I don't know if this is axle grease, but the shelf is full of oily, greasy cans. :<) 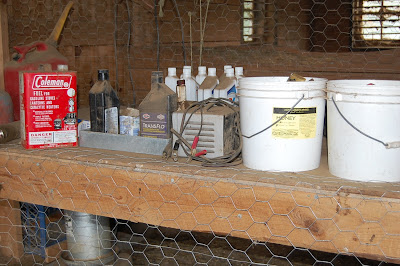