Gosh, I haven't participated in memes for ages, but this one... I could not resist! What a brilliant idea for St. Valentine's Day!

Mine are not in any particular order. Not all are people!

Nick and Nora Charles - The Thin Man by Dashiell Hammett

Holly and Guido, Misty and Vincent - two couples I'm going to count as one since they are in the same book - Happy All the Time by Laurie Colwin

And last, but not least, on the 24th anniversary of the author's death

Jeeves and Wooster - by PG Wodehouse

Lord Emsworth and the Empress of Blandings (his pig) - by PG Wodehouse
Posted by Nan 29 comments:

Mrs Bale reports that winter isn't over yet! 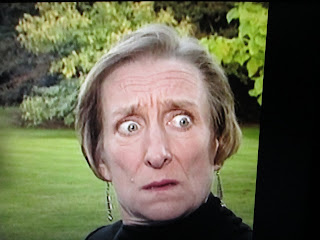 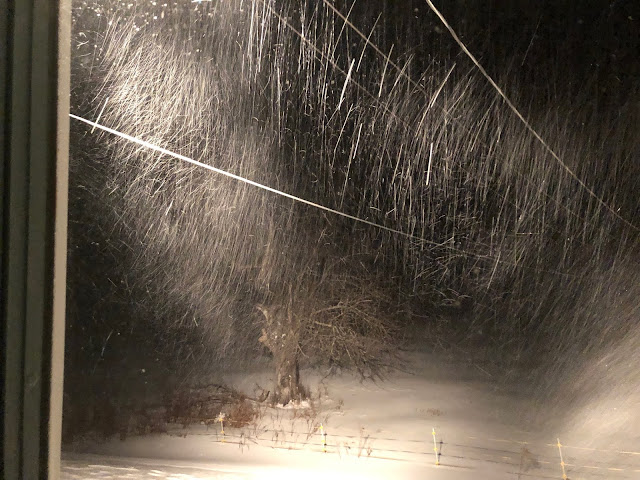 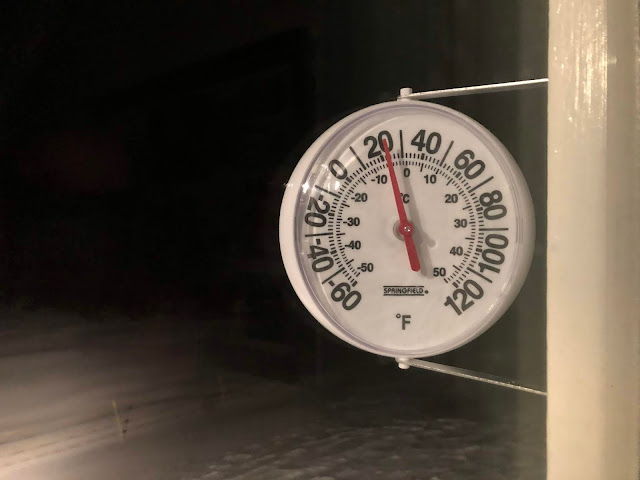 I don't know if they were north winds, but we had really strong winds this past weekend. If the saying is true, it bodes well for the new vegetable and flower gardens!

Tom took a video of the prayer flags up in the woods on Saturday.

A Spool of Blue Thread by Anne Tyler

I read A Spool of Blue Thread in May of 2015. If someone had asked me, I would have said it had been only a year or so ago. As I read along the second time, I didn't remember the details that well. Hmm, in May 2015 Hazel was 17 months old and we had been taking care of her four days a week for a year, Campbell was a year old the day after I finished the book, and Indy was two months from being born.

When I begin an Anne Tyler book, it feels like I am entering the scene, not as a participant but rather an observer who can't be seen by the characters. And the scene is so often a family scene. She is a master of writing family relationships. The book spans four generations of the Whitshank family, though not in a linear way. After a fair bit of the book, we go back to the first generation in the house, and then move back to the present.

The house is a part of this family. And oh, how I wanted to see it - to walk its rooms, to see the "pocket doors" which are in every room but the kitchen, to sit on the front porch which is as deep as a room, and as wide as the whole house.


Under the shelter of the trees the front of the house didn't get the morning sun, but that just made the deep, shady porch seem homier.

Can't you just see it?

Not only is it beautifully and carefully described, but we learn early on that the older Mr. Whitshank built the house for someone else. He designed every bit of it and often argued the owners out of some decision they had made about it because he knew best. And this reader is sure that he did. What a marvelous thing to build a house, but on the other hand such a sad thing if the house isn't yours. Happily, the family didn't like where they lived and the Whitshanks were ultimately able to live there.

This is also a story of making it in America, of the poor person making good and wanting more for his children. Sometimes the children accept this responsibility of being "more" than the parent, and sometimes they grow up and become what the parent is rather than what he wants his child to be.

And as in Rosamunde Pilcher's The Shell Seekers, we see that families do not have to be "blood" to be "real".

Okay, I haven't told you much of the storyline, but as I've written before, I personally don't like to know too much before I read a book. I don't like to know what's coming next. I want to move along the way the author meant the reader to. I do hope this book report might encourage you to at least give it a try.

There is a lovely quote relating to my new-found love of washing dishes.


Mrs. Whitshank was talking about dishwashing machines. She just didn't see the need, she was saying. She said, "Why, some of my nicest conversations have been over a sinkful of dishes!"

Hazel is still washing them, pretty much whenever she comes. Here's a picture from last week. The sun was streaming in so Pop wore the hat Campbell chose for him. 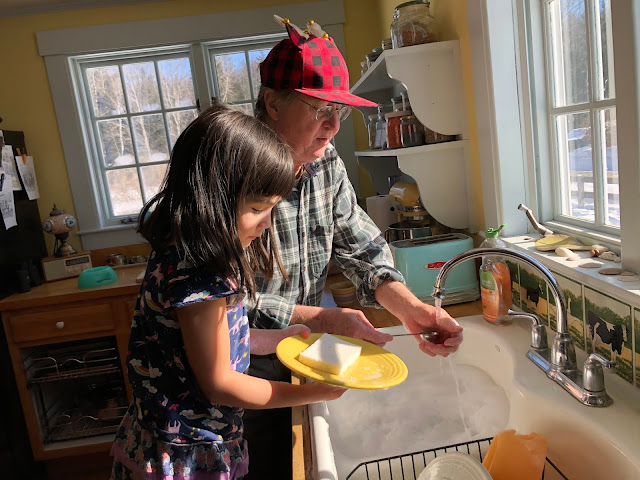 And yesterday, though I didn't get a picture, she did the whole sinkful all by herself!
Posted by Nan 35 comments:

I got a text from Margaret this afternoon.


Hazel just asked can I go up there all by myself? She's been looking out the window up at your house to see if your car is there.

It doesn't get much sweeter than being woken up by a granddaughter popping into the bedroom at 7:45 because the school had a two-hour ice delay, and her mum had to go to work. I love these surprise visits. We had such fun, and now the sun is shining and Pop just brought her to school. (Nana's still in her jammies) 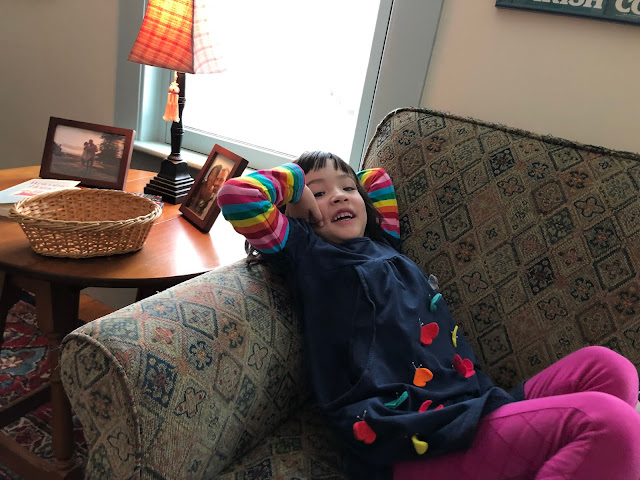 Did you read The Bridges of Madison County when it first came out? 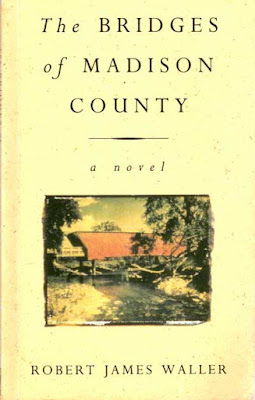 I did. And somehow I missed those words "a novel" on the cover.This was 1992. I read it believing it was a true story. When I finished, I rushed to the library and spent a long time in the little closet/room that held all their National Geographic magazines, looking for photographs taken by one of the main characters. Very gently, my librarian friend told me the book was fiction.

And now it has happened again! This time, I knew Calico Joe 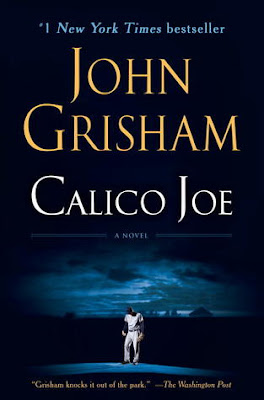 was fiction, but I thought it was historical fiction about this real ballplayer, Joe Castle from Calico, Arkansas, nicknamed Calico Joe. I got about halfway through when I decided to look up Joe Castle. You guessed it. There never was a Calico Joe. I may be forgiven this time because there are a lot of real people in the book, real ballplayers I remember well.

I loved this book. I grew up listening to the Red Sox on the radio. Whenever they were playing the radio was on in the house or in the car. In those days most of the games were during the day. It was one of the very few things my father and I shared. My mother listened too, but she wasn't as passionate about the game or the team. And I'll tell you, you had to really love the Red Sox in those days. They were in either 8th or 9th place most of my childhood. Now it is easy to be a fan because they win so much!

There is a lot of baseball in this book - stats, play-by-plays, personalities. I was riveted. However, even if you don't follow baseball there is so much human interest that I think you would be drawn into the story. The narrator is Paul Tracey looking back at 1973, 30 years ago, when he was 11. His father was a pitcher for the New York Mets. He was not a great pitcher, and he was by no means a good man.

I don't want to tell any more because there really is a plot that is best discovered on your own. The book was published in 2012. I've recently read three of my blogging friends saying that Grisham's newer stuff isn't as good as the early books. I don't know where 2012, comes in his work, but I thought this was an excellent book.

I've been looking back to see what books I've read by John Grisham. In the early days, I gave grades to my books.
Skipping Christmas A-  I read it twice, in 2002 and 2011. I wrote about it on the blog, here.
The Pelican Brief A
The Testament A-
The Firm A
Rogue Lawyer which I wrote just a bit about here.

I look forward to reading a lot more.
Posted by Nan 22 comments: