On this night of the blue moon, I could have posted Ella or Billie or Sinatra singing, but honestly I couldn't resist The Marcels version from my childhood which I really do love!
Posted by Nan 6 comments:

One of the many, many glorious things about living so close to our daughter and her family is that we are often included in their get-togethers.

Because there is no trick or treating this year, Margaret decided to have a Hallowe'en party. The people who came are all those that they see regularly, and/or children Hazel knows from school. And it was an outdoor party so everyone felt comfortable. And thankfully, there are no cases in our town.

Matt and Margaret and Hazel decorated their house, yard, and made a little "haunted trail" coming up the road to our house. She gave us goodie bags to hand out that she had packed for the kids at the end of the trail. Luckily it was a perfect, sunny, warm day and evening. The families arrived in the late afternoon and walked up here around 6:15 when it was dark. I'm still smiling thinking about it.

And now for the pictures. 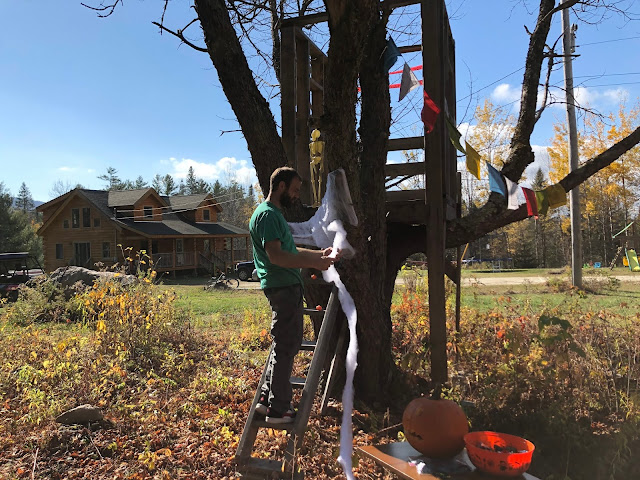 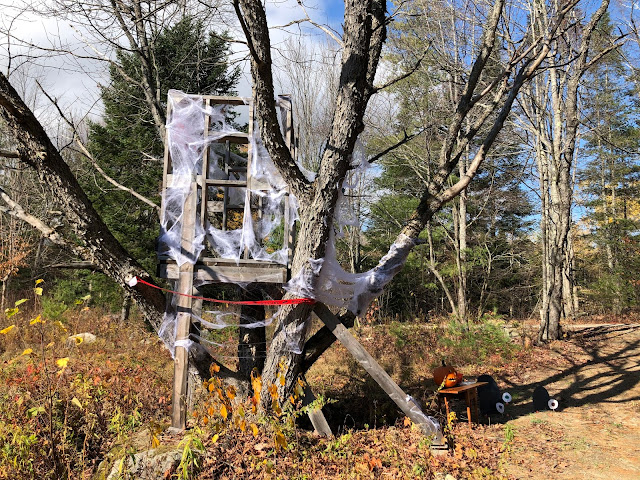 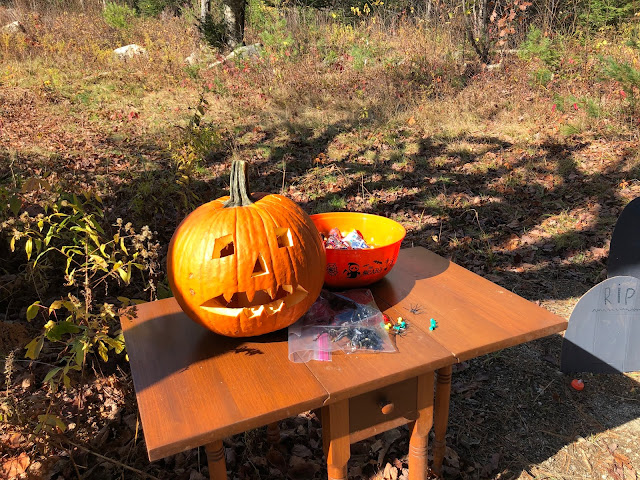 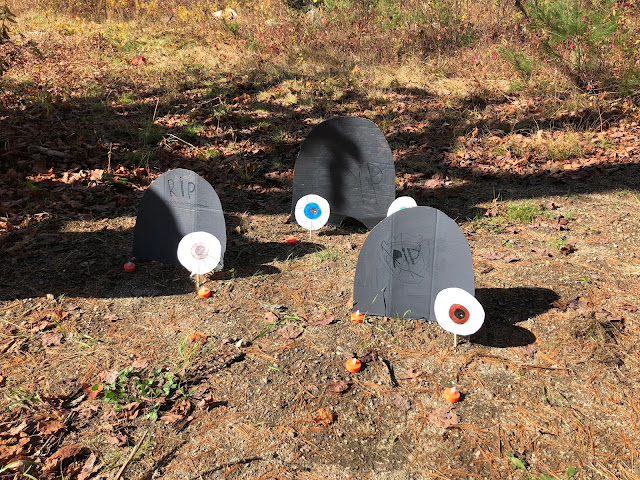 Heading up the road 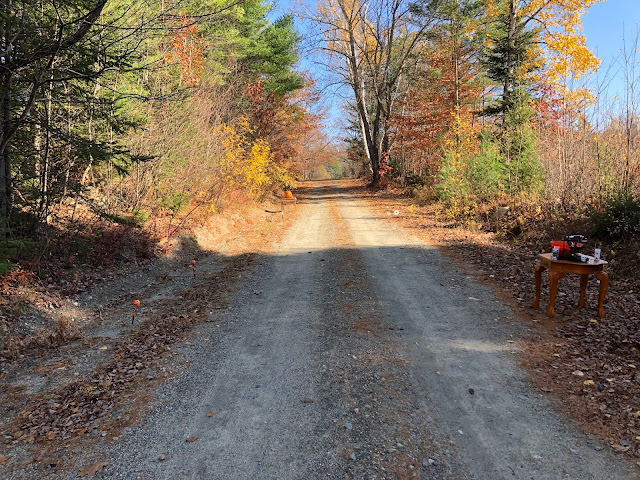 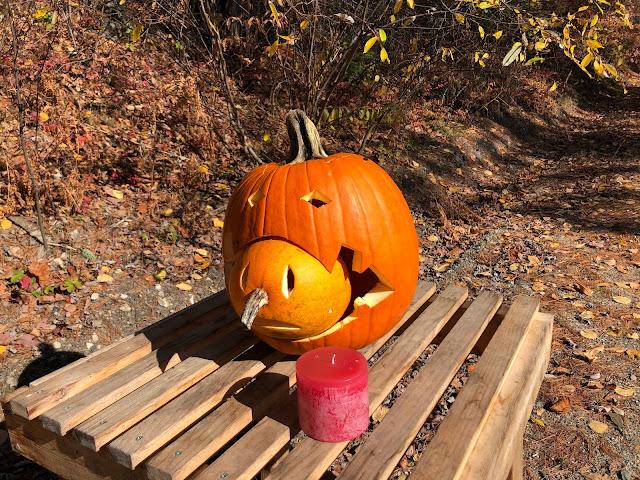 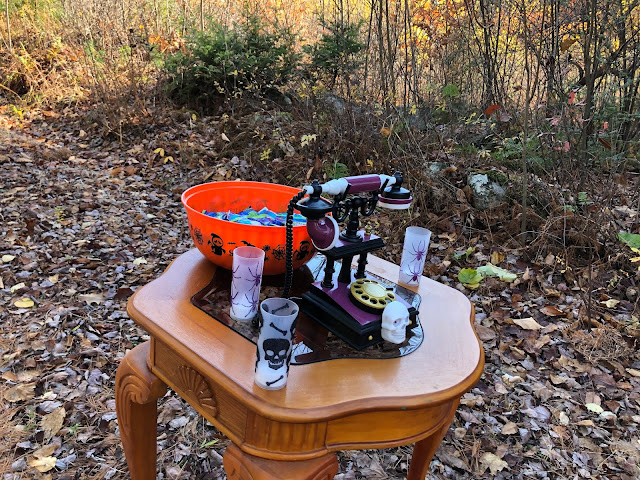 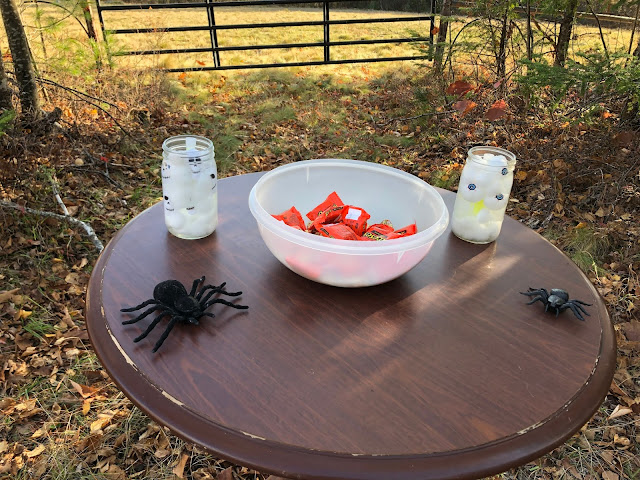 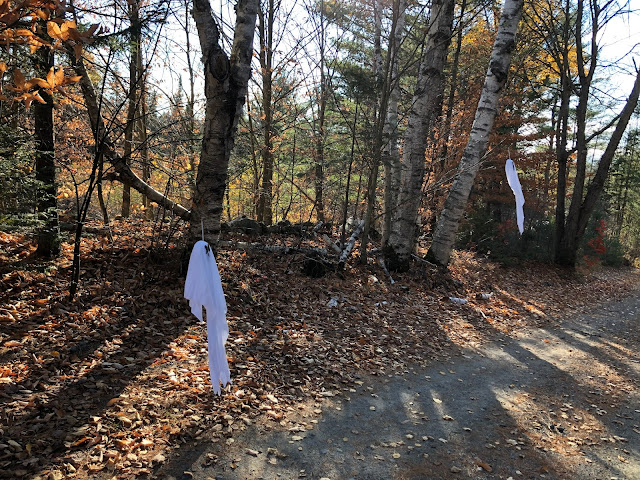 A swing we put up that same day for the grandchildren 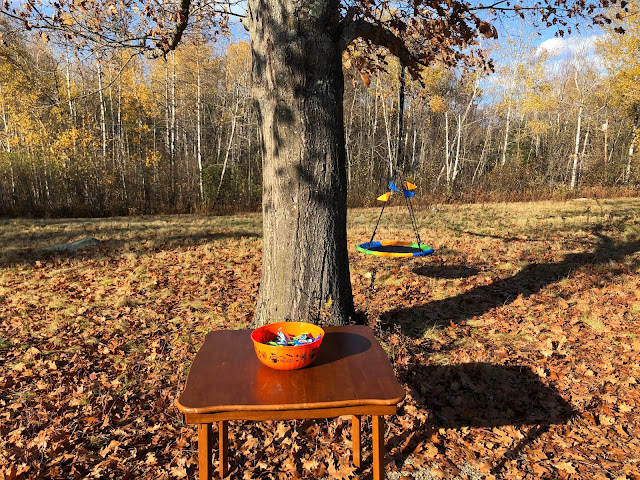 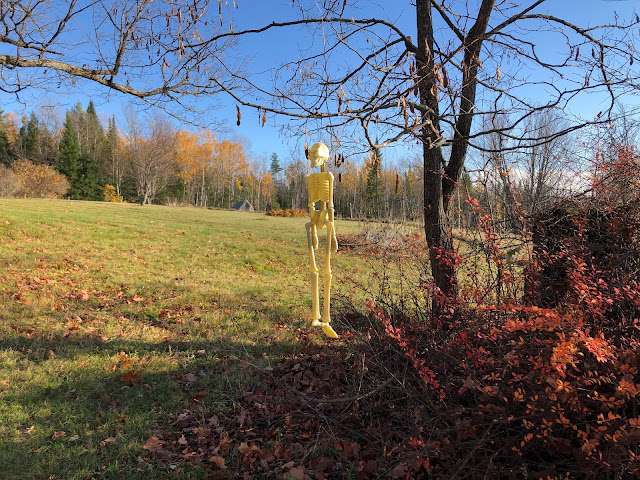 And then up at our house 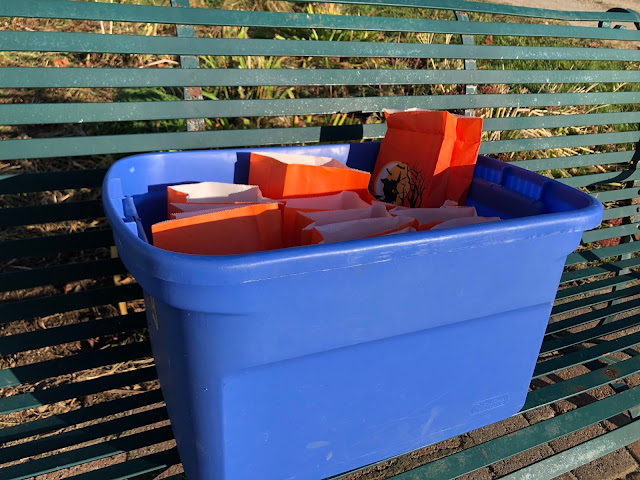 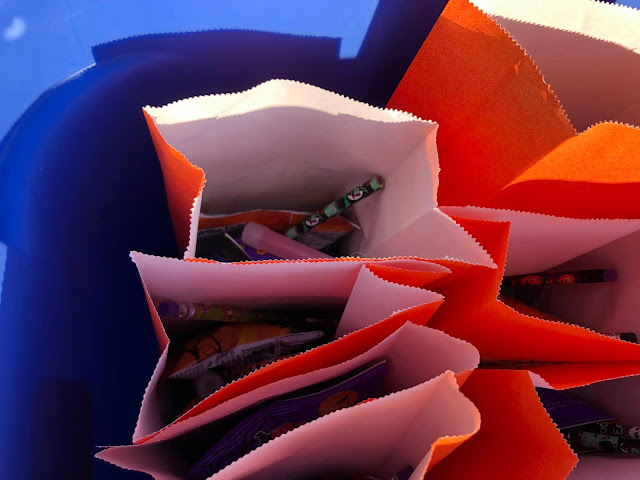 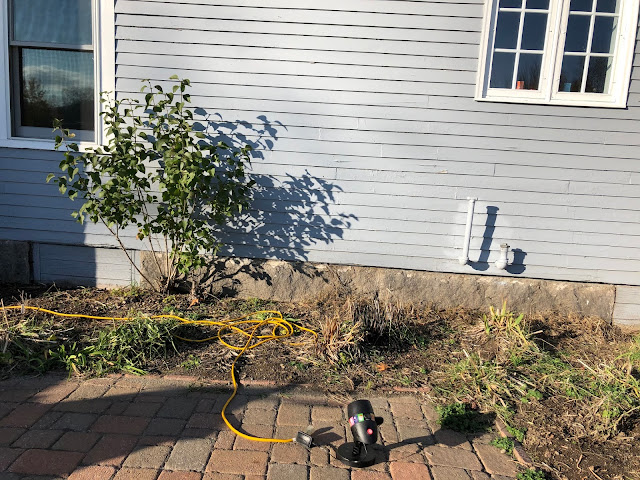 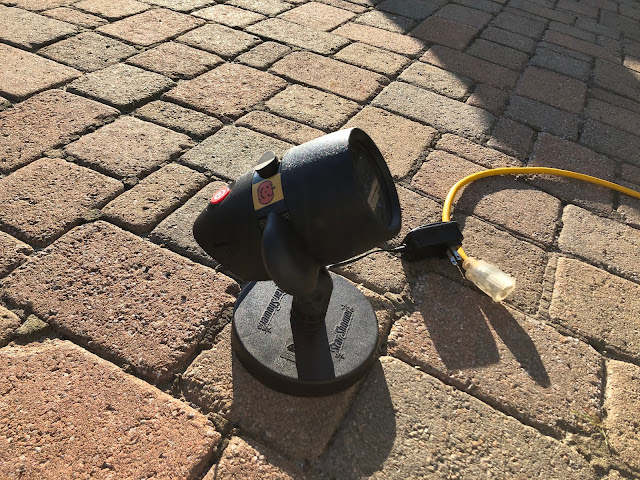 There were more kids but the photos didn't come well. I have ordered a new phone with high hopes for better pictures! iPhone 12. Supposed to take good night shots. 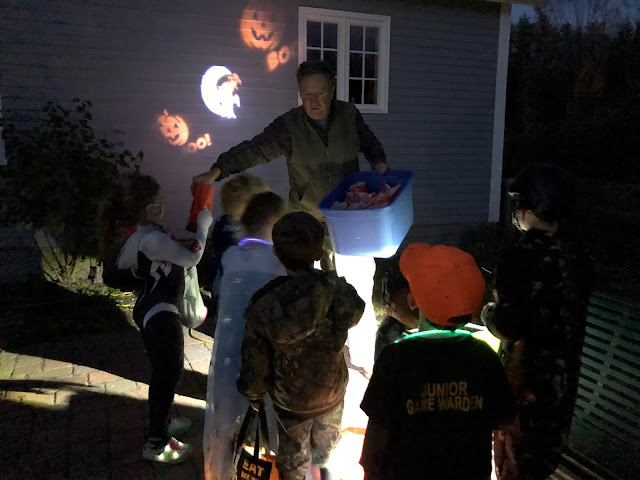 I happened to hear this song today on a show I've mentioned before The Mop Tops and the King. It was done by Elvis, but I found the original sung by Joe South.
FIFTY years ago, and I swear it feels like we still need to etch things into our brains. I know that I don't write about controversial things here, but today I must. During the time of the virus and the Black Lives Matter movement, Michael has been the victim of racism. As you know we adopted both our kids from South Korea.
Because the virus was said to come from China, Asians were targeted. Michael has been accused of bringing the virus, and told to go back to where he came from. A friend of his, who is part Chinese was in the store and someone took some soap out of her cart, saying you don't deserve this. Margaret hasn't had any encounters, but early on she was afraid to go into Walmart, fearing the same kind of negative response.
Throughout the years, there have been episodes in both their lives, far more for Michael than Margaret. Always from men. You will know that this just kills me.
Yesterday, a few people from his town's Democratic party were standing by the side of the road just holding signs for the various candidates running in this election. A man yelled from across the road - first saying that the Presidential candidate was a word that I will not put in my precious blog. You must have heard it. Apparently there is a group that is putting this forward. And then he targeted Michael and told him to go back to where he came from. My son didn't go across the street and confront him, thank God, but he talked back to the guy. I think the guy finally just walked off.
This is what people of color face all the time. We white people can choose how we present ourselves to the world. We can color our hair pink, or wear makeup or none. We can have tattoos or piercings, or not. We can shave our heads or wear our hair long. But the thing is - it is our choice. A black or brown person is judged the minute they step out the door. And some of those outside places are scary and dangerous.
This is an awful time we are going through and it just makes me cry. All this and a virus, too. How much can we take?
I thought of disabling comments just for this post, but wasn't sure if that would take away all the comments since 2006 so thought I wouldn't touch it.
Posted by Nan 41 comments:

Yes, you read that title right. First snow of the season overnight into the morning, after raining all day yesterday. A friend's birthday is tomorrow and his wife says that 9 out of 10 times the first snow comes on his birthday so this is normal for us. The only concern was the lilacs and honeysuckles were bent down by the heavy snow. Tom and I went out for 1 1/2 hours getting the snow off. Most of them came back just fine, but there is one broken branch, and a couple others seem weak, but we'll see when the spring comes. The problem was that there were still leaves and they were weighed down. Very unusual to have foliage and snow at the same time. But everything else is strange this year so I shouldn't be surprised!

I took these pictures in the morning. 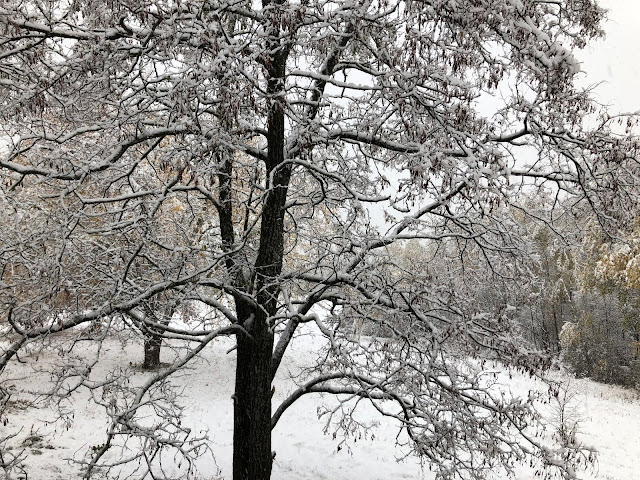 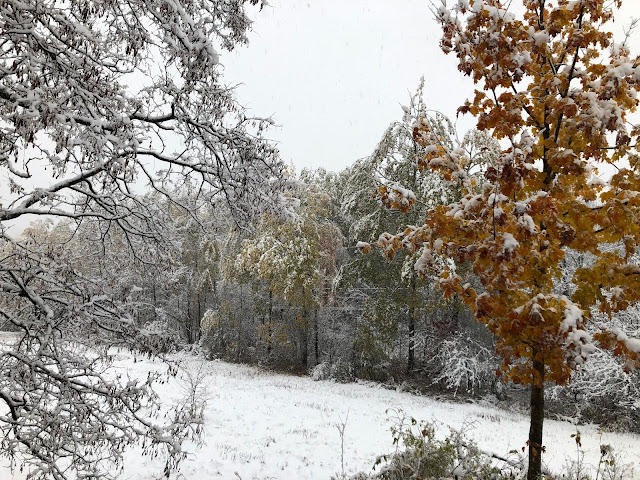 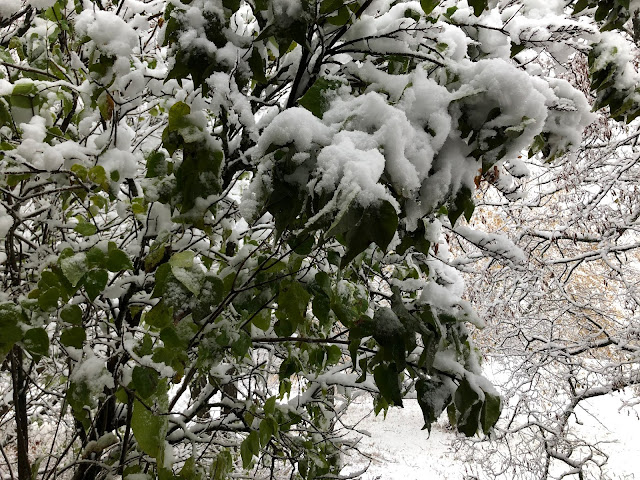 I put bird seed on the road so the ground feeders could eat. We had bluejays and juncos and some kind of sparrows all day, and then in the evening this crew showed up. 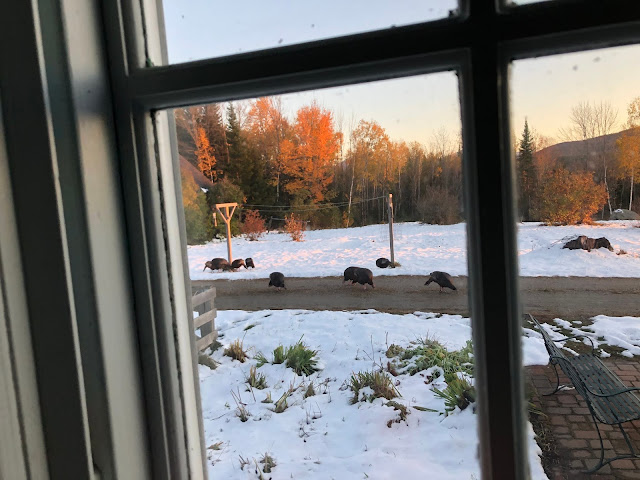 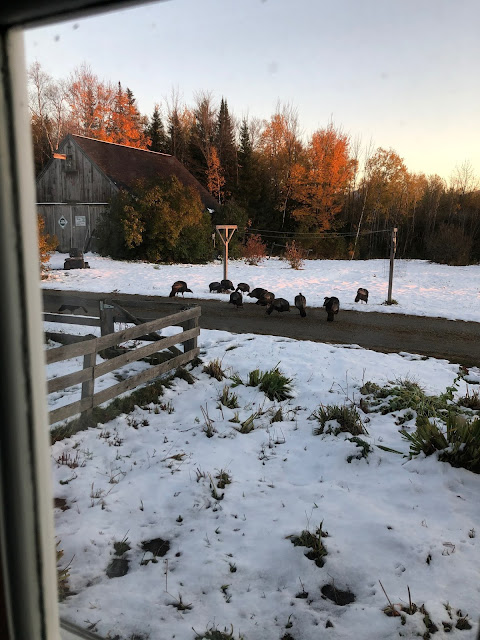 There were a dozen in all. One of them jumped to the top of the clothesline, twice. Just for fun, I guess.
Addendum: Tom said the turkeys were here early the next morning, and he saw deer tracks so we are officially in the restaurant biz for the next few months!
Posted by Nan 26 comments: 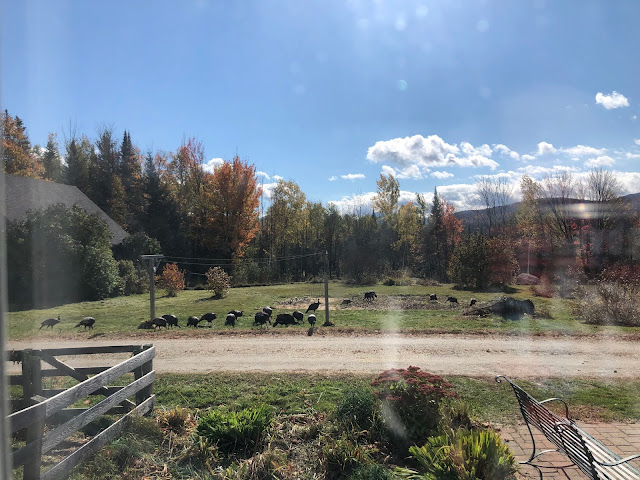 The photo isn't anything to write home about, but it sure gives the idea of what I saw out the window the other day. I managed to count 21 turkeys, and they stayed for over an hour! This happened in the summer, too, with mothers and their babies.

I've heard that Theodore Roosevelt wanted to make the wild turkey our national bird. I am so fond of them. The wing colors are beautiful, they are pleasant company, other birds and our hens are not afraid of them. Sometimes they go right into the pasture and graze with everyone else. Just the best.

I read this online: 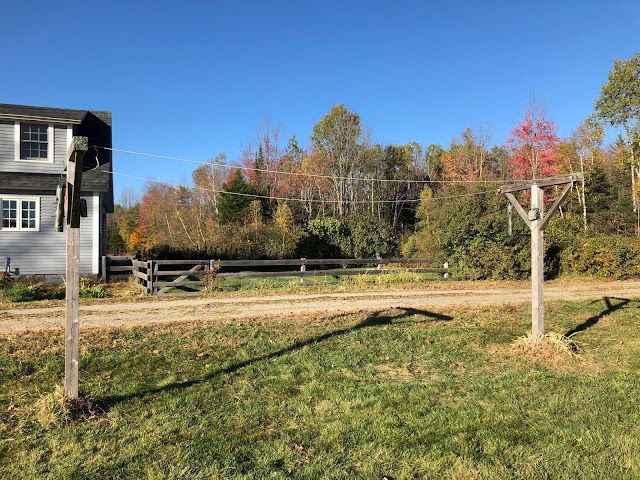 Almost exactly a year ago, I posted that we were not going to feed the birds that fall and winter. But as the weather cooled down this month, I felt myself longing for birds. It was very quiet last winter. There has been no sighting of the r-word, so we are going to begin again! It is a bit expensive as I noted last year, but those birdies give so much pleasure. We've changed the spot to the clothesline. The feeders used to be strung out the kitchen door (across the road) in the lilac and honeysuckle trees, but this will be an easier place to reach when the snow is deep. In just a few days, we've had chickadees, bluejays, a woodpecker, and juncos. It is lovely to hear them through the open bedroom window in the morning.
Posted by Nan 25 comments:

A bunch of my favorite musicians doing this wonderful tribute to Tom Petty. I loved his work, and this is such a special song. More about the song, if you are interested:
https://www.spin.com/2019/12/willie-nelson-jakob-dylan-dhani-harrison-amos-lee-more-tom-petty-for-real-for-tom-cover/

I thought this would be cheering in these difficult times. What a wonderful man, and such adorable children!!
Posted by Nan 16 comments:

Today's poem comes from a book I have called 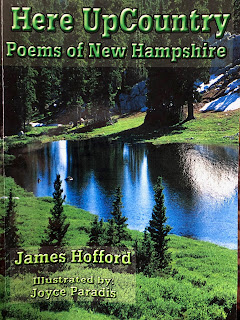 I thought I'd just take a picture and post it, rather than try to type it out! It is absolutely true of the way the colors are this time of year at Windy Poplars Farm, and all around us. 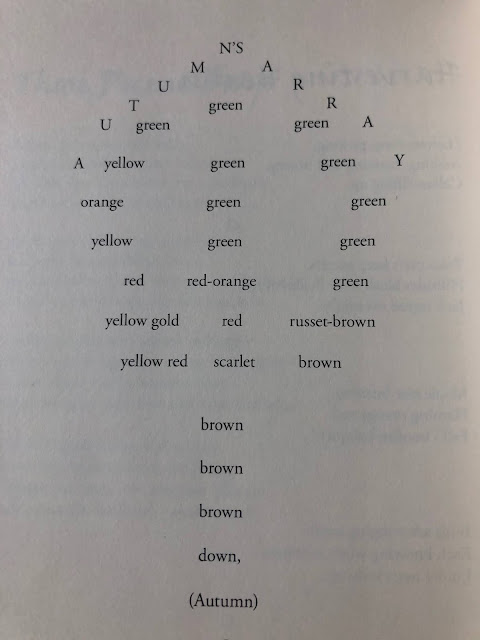