September Song - sung by Lukas Nelson, with Willie and Micah on guitar

I grew up with parents who had been through the Second World War. My father was in the Army and my mother was a nurse in a hospital at home. I became aware of the American Standards, or the American Songbook, very young. The Dorseys were familiar names in my house, and I am pretty sure my mother saw them. She sang as she worked around the house, and those songs are always in my head.

A few years after she died I found myself wanting records of the old music. I went to my local book and record store. The owner said the music just wasn't available anymore. This was ages before the internet, and there were things that were impossible to find. 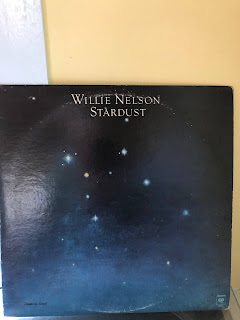 I was in musical heaven. Here they were - the old songs that I so wanted to hear. 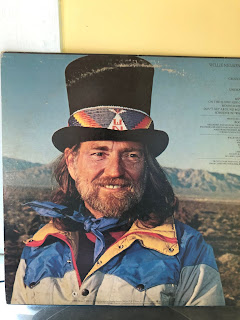 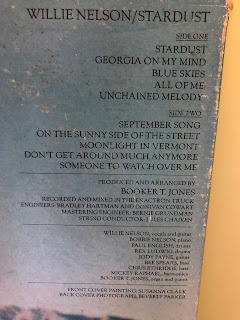 Willie was 45 in 1978.
And now a technical note. When I used to post a video from YouTube, I would embed it but now when I try to do so, and look at the preview it is only the address that shows up. There is an actual "blogger" tab to hit, and it comes right up on my blog. However, I don't seem to be able to write anything with the video. Thus, I will post Willie singing "September Song" from Stardust in another blog post. And then, treat of all treats, I'll put up Lukas Nelson singing it with Micah and Willie playing along. I had Tom close his eyes and tell me who was singing, and he said "Willie" immediately! Lukas will be 32 this year.
Posted by Nan 18 comments:

The unexamined life is not worth living - Socrates

I have said that Poetry is the spontaneous overflow of powerful feelings: it takes its origin from emotion recollected in tranquility - William Wordsworth, preface to Lyrical Ballads

I am definitely not these fellows, but I do understand each of them with relation to blogging and me. I need to write down things that are swirling around in my head. Writing is very different from talking. Talking involves other people's thoughts and opinions, and mine can be lost or changed in conversation. This introvert needs the quiet of writing to sort out exactly what I think or feel about something. Even if I write only a few lines, or quote someone, or share a poem, it does me good.

I haven't written nearly as much in later years. Well, duh! Three grandchildren came along in quick succession. And my emotions have been coming fast and furious without much time to "recollect" them in any sort of peaceful moments. But now the children are older, and though we still see Hazel many days, we don't see the boys as often because of distance, the busyness of the family, the virus.

So I would like my compensation for their getting older and starting school to be  writing my "letters from a hill farm". A part of this is also spending more of my time at your blogs. I have visited as often as I could but not nearly as often as I wanted to. Reading another person's words and taking the time to respond is another kind of recollecting. I can take my time thinking over what they have said and then write back if I feel I have anything to contribute.

I am quite happy about my resolve to do this. I have really missed the connections, and have missed taking the time to write about even the small things. It is good for me. It clears my head and helps me to notice things I might not have in the bustle of the day.

Autumn began in my part of the world at 9:30 this morning when the sun went into Libra. I went back to my beloved 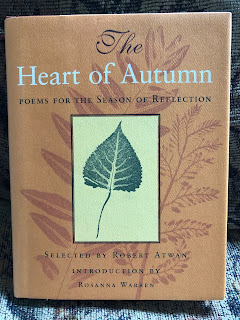 for a poem to share. This is from Masters' Spoon River Anthology which is a collection of poems that are epitaphs of people who lived in Spoon River. You may read more about it here. It has been a very long time since I've read it or thought about it. Tom remembers he didn't like it, and I wonder if we were both too young to understand. I feel encouraged to pick it up again since I really loved this poem. I'm much closer to the age for an epitaph now! 😲

Do the boys and girls still go to Siever's

For cider, after school, in late September?

Or gather hazel nuts among the thickets

On Aaron Hatfield's farm when the frosts begin?

For many times with the laughing girls and boys

Played I along the road and over the hills

When the sun was low and the air was cool,

Stopping to club the walnut tree

Standing leafless against a flaming west.

Now, the smell of autumn smoke,

And the dropping acorns,

And the echoes about the vales

Bring dreams of life. They hover over me.

Where are those laughing comrades?

How many are with me, how many

In the old orchards along the way to Siever's,

And in the woods that overlook 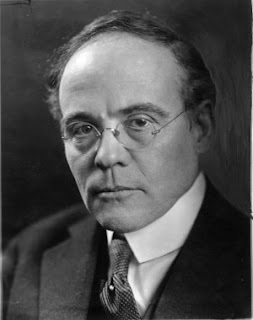 I am tempted to say "the new normal". Though we are probably all sick of hearing it these days, it really is quite a good phrase. And I would say especially for children.  They go with the flow in a way that is hard for most adults. What is, is, and that's it.

So here is our granddaughter Hazel today on her first day of school since March. 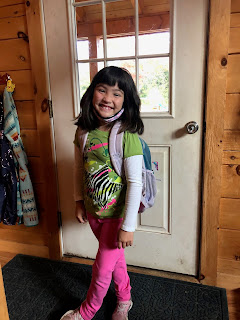 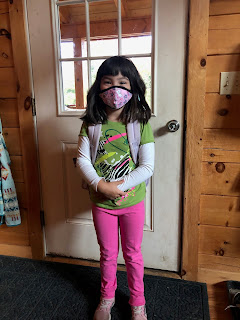 Those eyes are still smiling under the mask.
Nana is doing my best at not being nervous. We have no cases in our town as of now. The children all live here. Some have traveled over the summer, but have quarantined when they returned. Most have stayed right here, and had their own "pandemic pods". These groups have mingled with others as the summer has gone on, and we all feel pretty comfortable. We wear masks in stores and in outdoor groups like the Farmers' Market.
The grandsons, Campbell and Indy are being remotely schooled at home. Their school is a bit different in that the kids come from different towns, and the boys' parents wanted to see how things are at the school before letting them go back. So far, so good.
Addendum: Just got a text from Margaret, and Hazel had an "awesome day"!!
Posted by Nan 24 comments:

Poem and song for these times in particular

The news from all around is so very upsetting and hugely anxiety provoking. It seems the "opening up" and the going back to school, maybe particularly colleges with their large, mask-less parties, are bringing new cases just when we had begun to relax because the cases had gotten fewer. And the tourists. If you live in a tourist area, you know. I can't understand why people feel they have to travel now. And these aren't poor people who are stuck in terrible city conditions. Tom saw a Tesla in our little Co-op parking lot and he looked up the price, and mon dieu, the car's base price is 80 thou. Our local lawyers are crazy busy because of people buying houses to get away from the cities and the virus. Anyhow, it's enough to drive one mad so here is a little respite.

If we can't actually be there, let us have such a place in our hearts and imaginations when we are "on the roadway, or the pavements grey".


I will arise and go now, and go to Innisfree,
And a small cabin build there, of clay and wattles made;
Nine bean-rows will I have there, a hive for the honey-bee,
And live alone in the bee-loud glade.

And I shall have some peace there, for peace comes dropping slow,
Dropping from the veils of the morning to where the cricket sings;
There midnight’s all a glimmer, and noon a purple glow,
And evening full of the linnet’s wings.

I will arise and go now, for always night and day
I hear lake water lapping with low sounds by the shore;
While I stand on the roadway, or on the pavements grey,
I hear it in the deep heart’s core.
Posted by Nan 20 comments: