Today's poems - How It Is; and The Revisionist Dream by Maxine Kumin 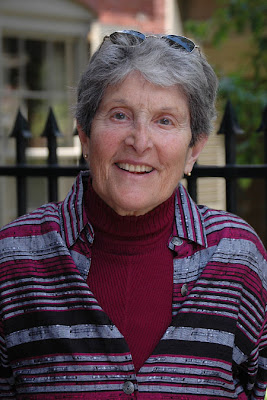 Two poems about the loss of her great friend, the poet Anne Sexton, who killed herself in 1974. The first is from Our Ground Time Here Will Be Brief, 1982; the second from Still To Mow, 2007.

Shall I say how it is in your clothes?
A month after your death I wear your blue jacket.
The dog at the center of my life recognizes
you've come to visit, he's ecstatic.
In the left pocket, a hole.
In the right, a parking ticket
delivered up last August on Bay State Road.
In my heart, a scatter like milkweed,
a flinging from the pods of the soul.
My skin presses your old outline.
It is hot and dry inside.

I think of the last day of your life,
old friend, how I would unwind it, paste
it together in a different collage,
back from the death car idling in the garage,
back up the stairs, your praying hands unlaced,
reassembling the bits of bread and tuna fish
into a ceremony of sandwich,
running the home movie backward to a space
we could be easy in, a kitchen place
with vodka and ice, our words like living meat.

Dear friend, you have excited crowds
with your example. They swell
like wine bags, straining at your seams.
I will be years gathering up our words,
fishing out letters, snapshots, stains,
leaning my ribs against this durable cloth
to put on the dumb blue blazer of your death.

Well, she didn't kill herself that afternoon.
It was a mild day in October, we sat outside
over sandwiches. She said she had begun

to practice yoga, take piano lessons,
rewrite her drama rife with lust and pride
and so she didn't kill herself that afternoon,

hugged me, went home, cranked the garage doors open,
scuffed through the garish leaves, orange and red,
that brought on grief. She said she had begun

to translate Akhmatova, her handsome Russian
piano teacher rendering the word-for-word
so she didn't kill herself that afternoon.

She cooked for him, made quiche and coq au vin.
He stood the Czerny method on its head
while her fingers flew. She said she had begun

accelerandos, Julia Child, and some
expand-a-lung deep breaths to do in bed
so she didn't kill herself that afternoon.
We ate our sandwiches. The dream blew up at dawn.
Posted by Nan