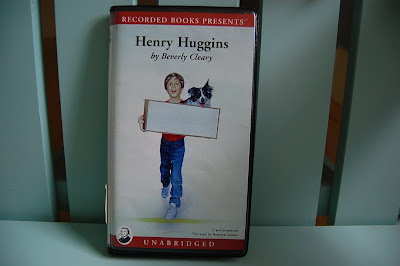 I think this is my third reading of Henry Huggins: once when I was a girl, once to my children, and now, as a grownup, just for me. It is, as they say, a 'gentle read.' There is no childhood tragedy, no abuse, no drugs. It is simply a year in the life of a delightful elementary school boy. This is the first in a couple of series; the Henry series, and the Beezus and Ramona series. In this book he meets Ribsy, soon to be his dog. They have lots of adventures in the days before leash laws. Do you remember when there were dogs walking around town? I do. One was Victor, a small black and white dog who belonged to the people who lived upstairs above their grocery store. He took a daily stroll which rarely varied in its destinations.

Henry has no terrible worries; no alcoholic parents, no divorcing parents, no cruelty from friends. One big concern is earning enough money digging night crawlers to pay for Scooter's football, which Henry has inadvertently thrown into a speeding, passing car. Another is what to do with the 'hundreds of guppies' which resulted from the two he got from the pet store at a bargain price. In some ways, this is my favorite chapter. It illustrates the best of parenting. His folks let Henry come up with his own solution for housing them all, and then what to do with them when his room is full, and his mom needs the canning jars back to fulfill their original purpose. The publication date of 1950 tells us that Henry wasn't distracted by television or computers; that he could take the time to solve his problem, and also that his parents could take the time to let him work it out. There is no rushing around in this book. I tend to be a person who lives in the present, and doesn't long for the past, but I'll tell you, this book does make me nostalgic.

Wonderful writing, as always, from Beverly Cleary. I think I'm going to spend some more time with her in the coming months. Being in her books is soothing for my soul and balm for my spirit.
Posted by Nan