Today's Sunday Stroll starts with the lilac. It is the New Hampshire State flower, and throughout May it is in bloom somewhere in the state. We are on the tail end of this blooming, being up north, and ours are now between peak and going by. The one on the blog header has now faded, but some others are doing fine. As I wrote in my lilac post last year, when we first moved here there was only one lilac bush - the one just below. Now they are everywhere you look. 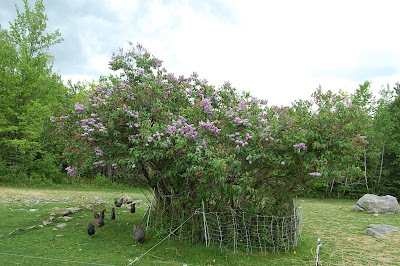 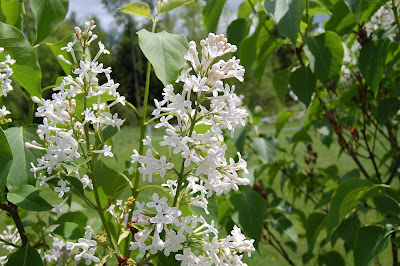 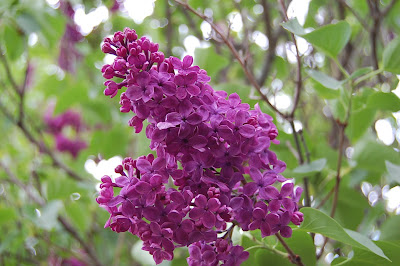 The honeysuckle, which was just opening last week, is in bloom and full of bees. 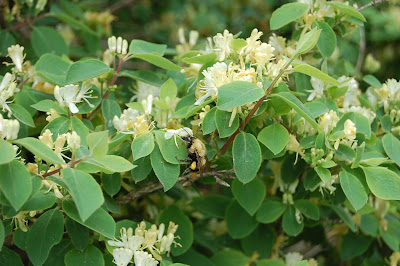 The first lupin(e) is about to open. In a couple weeks the back hill will be covered with them. 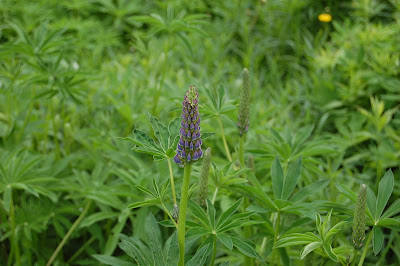 Some more mountain bluets have opened. I love this batch because they are right in the middle of purple iris and lupines. The color will be gorgeous when all three are open at the same time. 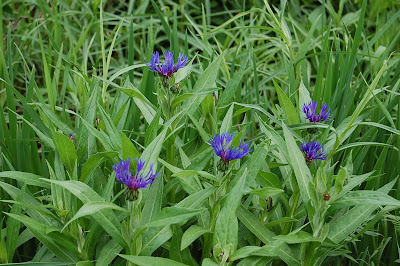 I guess because it is so sunny here we've never had a lot of lily-of-the-valley, but a few years ago they appeared alongside the road. They are doing great, in fact much better than the ones we planted in the terrace garden. Isn't that the way. Here are my two outdoor bouquets; lilacs and lily-of-the-valley. 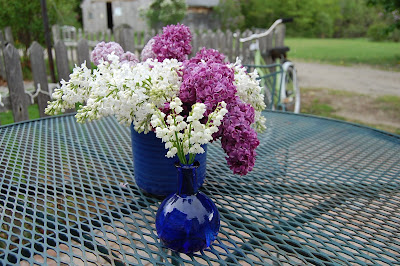 We're going to wait a bit before replanting the zucchini and cukes which were hit by frost, to see if they come back. The peas are up and doing well, and one little corn shoot appeared. Today we're going to put the five new dahlias amongst the plants in the vegetable garden. They like a deep hole and good soil and they are dug up in the fall, so we thought that would be just the place for them.

There's a sad nature note to this week's stroll. Two of the baby robins are dead, leaving two in the nest. Last evening we noticed the nest had a terrible tilt to it so Tom went out and hitched it up with some baling twine. We are quite sure the babies fell out before he did this, before we noticed. I have felt somewhat nervous about it from the beginning because it was built on the Dutchman's Pipe trellis, which doesn't offer that much support. I think we will try to discourage any nest building here again. 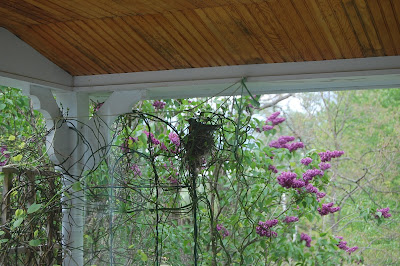 This nest out on the barn is much more secure and has been used for years by robins. 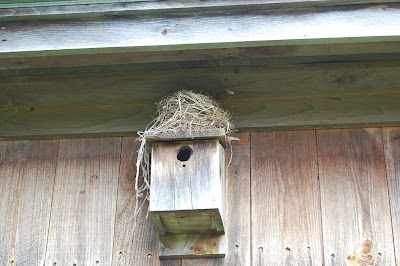