For Maggie's Sense of Place Contest, I'm offering a passage from Rick Bragg's The Prince of Frogtown, which you may see on the sidebar that I am reading with both eyes and ears. Her rules are thus:

Pick out a passage from your southern reading which depicts sense of place.
Either take a picture to match the passage or find one on the internet.
Paintings are also eligible.
Post quote and picture and Link it to Mister Linky by June 21 to qualify.
You don't have to be a participant in the Southern Reading Challenge to play.

From The Prince of Frogtown:

Beside the mill, a village took shape, a community of small, solid, decent houses, every one exactly the same. The streets were named just A Street, B Street, and so on, as if these plain people did not require anything else. There would be 136 houses in all, a town within the town. Made of cheap but sturdy weatherboard and roofed with wooden shingles... .

I took the photos locally. The first one is an upper view of the original factory. The second, another building nearby that was part of the operation. There were not 136 houses, but just a few along the street, across from the factory itself, and quite similar. They housed the workers, and were indeed, "small, solid, decent houses." The street was named after the factory.

As I may talk about when I review the book, I am always struck by similarities rather than differences between South and North (and probably East and West, as well) in Rick Bragg's stories. 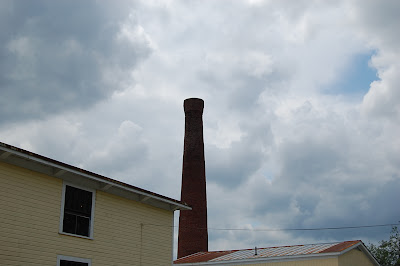 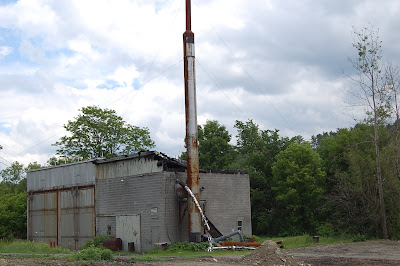 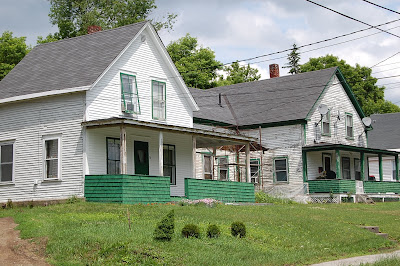