We were so very lucky on Wednesday afternoon to hear three of America's most wonderful poets read some of their poems. They all came to The Frost Place in Franconia, NH. This was Robert Frost's home for five years, and then his summer home for many more years. Because this house was always a rental, there was little change made to it over time. Part of the house is now a museum, and an annual poet-in-residence lives in another part. The grounds are very nice, much like other gardens in the area. 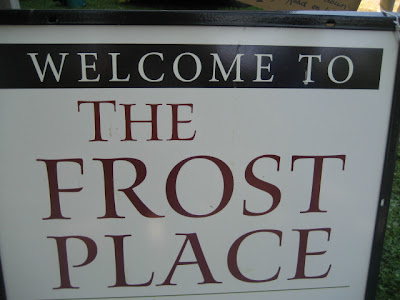 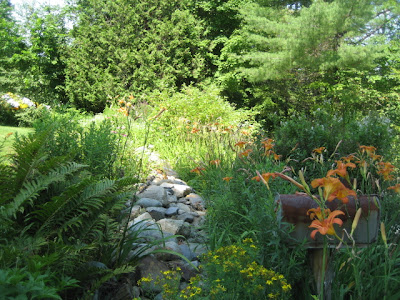 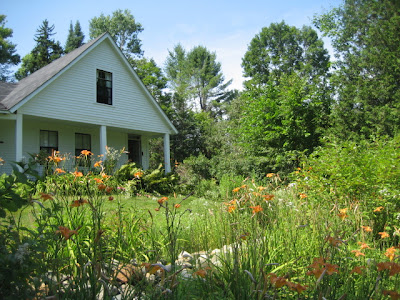 The poets we saw were Donald Hall, who was Poet Laureate of the United States last year, Maxine Kumin, who held the same post before it was so named, and Galway Kinnell. They are all older people by now, which made me feel sad, but they are still vigorous of mind. Donald Hall read the poem I quoted when my white peony first bloomed. It was neat because he thanked Galway Kinnell for suggesting he use the word "swinging" for the dog's tail rather than the more common, "wagging." And isn't it just the perfect word?

Maxine Kumin's poems combine her life on a NH farm raising horses and growing a garden, with the political climate of the world.

"My poetry is pretty much centered in New England, but more poetry of people and animals than of landscape," said the writer whose plain, direct style often evokes comparisons to Robert Frost. "I suppose it could be called pastoral, but not a romanticized pastoral. It has real manure in it and real rain, and real anguish and loss just as much as it has some of the sunny hours."

Galway Kinnell's readings were much about his children and home life. As we now have garter snakes, I greatly enjoyed a poem he wrote about his kids when they were little; they appeared at the door, naked and delighted to be covered in garter snakes. He noticed that one of the snakes was in the process of swallowing a frog. His daughter told him not to bother saving it because "he is already elsewhere."

The poets read for an hour and a half. It was like magic to me. We sat outside on a beautiful, really very perfect summer day. Galway Kinnell quoted an incredible line from a William Carlos William's poem, Asphodel, That Greeny Flower. 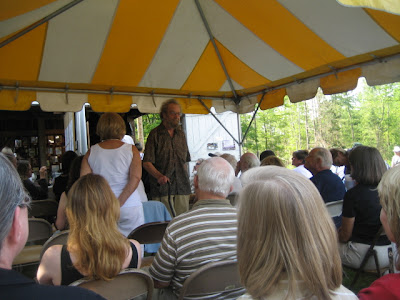 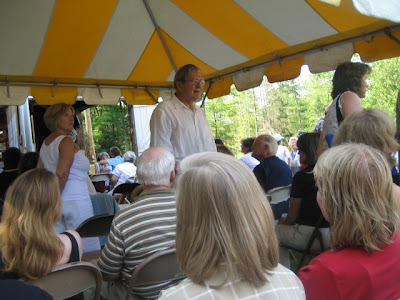 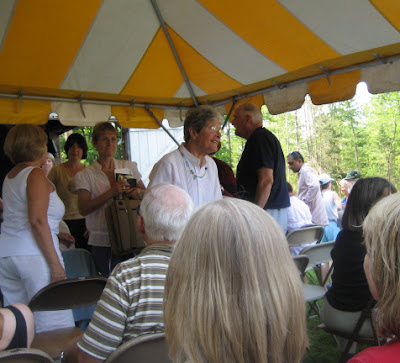