Death of a soldier 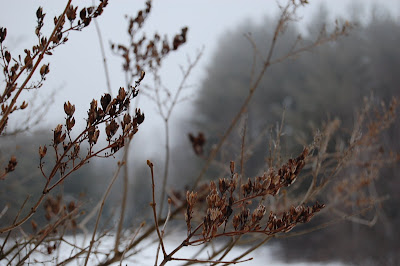 The other morning I happened to hear a very moving piece on National Public Radio. Chaplain Thomas Phillips gets a notification on his computer whenever someone in the US armed forces is killed in Iraq. You may listen here.

It was even more meaningful because our area very recently lost a young man. He was much loved, and will be sorely missed. The funeral today was in the local church which holds the most people. There were two floors full, and a tent outside. There were buses of military people. The governor of the state spoke. It was broadcast to military bases in the US, and in Iraq. I'm told there were a thousand people.

The other day I posted Thomas Lux' poem, It's The Little Towns I Like. Where I live, it's the little area I like. There are several small towns all within a few miles of one another, and we are all connected, through friends or family or work or shopping. This young man's death affects each of us. We all have our memories of him. Tom was his eighth grade teacher; our daughter was a friend. Even our close friends who have moved to another town are connected: their nephew is in the same company in Iraq as the man who was killed, and when they lived here, he lived across the street from them. This is the way of it in a small town, or a small area. No one is spared the grief when one of us dies. The other day I drove by two very modest houses with their flags at half-mast for him. I don't know who lives there, but I know they are affected by his death.

There is an online book of remembrance, and reading it is enough to break one's heart.

There was a religious service, followed by a military tribute. As his mother and his father were presented with the solemnly folded flag which draped his casket, I sat with my daughter's sweater hugged to my chest, and that very daughter in the row behind me. And I knew the truth. It could be any of us. As parents, our joy is held by a kite string. It can fly out of our hands in a second's time. Then it is over. All these parents have left are memories.

Seeing all those kids, his high school friends, now men and women, was so poignant. The music was not hymns, but Sarah McLachlan, Israel Kamakawiwo'ole's Over the Rainbow/What A Wonderful World, and then saddest of all, sadness heaped upon sadness, Rusted Root's Send Me On My Way. There wasn't another sound. It played so clearly throughout the building, and probably outside. Rusted Root was a huge part of all those kids' teen years.

The words in my heart today come from Ray Davies' song, Some Mother's Son:

They put his picture on the wall
They put flowers in the picture frame
Some mother's memory remains.
Posted by Nan