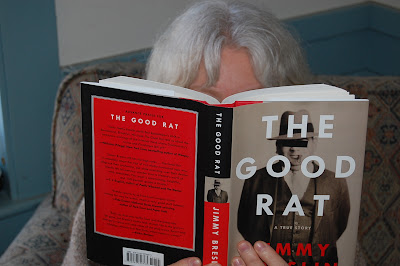 Reading this right after Nobbut A Lad, I will begin the book report with the old Monty Python line, "And now for something completely different." The lives in this book are as far away from Alan Titchmarsh's childhood days as any could possibly be. For Jimmy Breslin's focus in this book is the Mafia.

I was driving along in the car the other day, and suddenly heard the wonderfully unique and familiar voice of Mr. Breslin on National Public Radio. He was talking about this book, and the interviewer couldn't praise it highly enough. I haven't been able to find the interview online, but I think it may have been with Tom Ashbrook. When I got home, I did something I don't do terribly often; I went online and ordered the book. I knew that both Tom and I would like it, and it is such a thrill to buy a brand new book and read it immediately. This is not the piece I heard, but it still is a nice interview.

This book came about sort of accidentally. Breslin was supposed to write a piece on two cops who were on trial for doing murders for the Mob. He found that he just couldn't stand them and didn't want to write about them, but he did want to write about the man testifying against them, Burton Kaplan, the man he refers to as "the good rat." Breslin writes:

The American Mafia was founded when, back in the 1920s, Meyer Lansky, young and vicious, Jewish and from Eastern Europe, went around the streets of downtown New York looking for somebody he had heard about, Charles Luciano, nickname "Lucky," equally young, just as vicious, born in Sicily, in a village that was waterless at noon.

The Mafia became part of public belief because of movies with stars who were Jewish. This dark fame began with Paul Muni playing Al Capone. After that came Edward G. Robinson, Tony Curtis, Lee Strasberg, Alan King, and on and on, part of an elite industry of writers, editors, cameramen, directors, gofers, lighting men, sound men, location men, casting agents – all on the job and the payroll because of the Mafia. Finally two great actors, Robert De Niro and Al Pacino, put a vowel in there.

It started with great Jewish actors, and now it fades on the words of one of the greatest Mafia witnesses ever, who comes up Jewish. As the obsession with the Mafia slips away, Burt Kaplan gives it a final shove.

Breslin uses actual testimony which adds a lot to the book. Kaplan's memory for detail is astounding, but I've known people like this. My father, for example, had a car dealership, and all his stories could be dated from the car. It was 1955 because so-and-so had such-and-such a car. When something is at the heart of your life, you can remember events if you have a compass point. Obviously, Mr. Kaplan had his own; that of Mafia life, with details you don't forget.

Q. What got you into the garment business?
A. A friend of mine came home from prison, and he needed clothes...

Q. How had you met [a man]?
A. I got involved in a diamond deal in Africa with an African fellow that was a friend of mine...

I had a little trouble keeping all the names straight, and remembering who had done what to whom, but Mr. Breslin probably knew this could be a difficulty for his readers so he has a little chart in the front; you know, like a cast of characters in old detective mysteries. I referred to it frequently.

There is a lot of talk about the Mafia in decline. It is not what it was. And the reasons Breslin offers made me shake my head in amazement.

I do know that illegal gambling, which was once a glorious fountain of cash for the outfit, is now a government-owned lottery machine that buzzes in every newsstand and deli in the city. Years ago the state looked upon gambling as a low vice, a depravity, and those who profited from it were no better than cheap pimps and deserved years behind bars. That opinion held right up until the government took it over, at which point it became a civic virtue to lose the rent and all other money you didn't have on rigged games of chance.

As I read along, so fascinated by both the subject and the way Breslin writes, I pondered why we are most of us so interested in this group of people. It is almost a kind of voyeurism. We can read about the Mafia and watch The Godfather and The Sopranos from the safety of our own homes and lives. Most people do not come in contact with them. And because they are organized crime, usually the innocent are not harmed.

[They] called their trade in murder "work," or "a piece of work." It was all done with the smoothness of an assembly line. Their kind of homicide gave organized crime its name. The other kind of crime, disorganized and angry, filled with missteps, left dead innocents all over the city...

On the very day I read the above passage, I heard on the radio about children at a bus stop in California who were inadvertantly killed because of a gang conflict. This may help explain why the Mafia is "safe" for the rest of us to take an interest in. Mostly they were after one another - not the general populace.

Breslin writes so well of these now-old men who have had heart bypasses and who shuffle home from court to take a nap. In the radio interview we hear a proprietor in Little Italy in NYC saying that tourism is what now keeps businesses alive . No mobsters in the bars or restaurants or social clubs. And here's a story which puts the icing on the cake.

In 2006, a woman comes up to a Mafia boss, standing on the corner of Park Avenue and Fifty-ninth Street waiting for a ride, who has just gotten out of the hospital for a knee operation. She rushes over saying, "Oh, Poppy. How's my Poppy." Because all the nurses loved him, he thought she may have been a nurse whom he just didn't remember.

Hey, now what is this? Hands all over him. He steps back. "Good-bye Poppy. You get better." He went for his wallet. It was still there. He looked inside. The money was there. I guess she was a nurse. Now he put his hand in his pants pocket for his roll. Which was gone. Four hundred eighty-five dollars.

How could such a thing happen to the boss of a Mafia family from Brooklyn? For a girl to dip him is past anything we even imagined. It is the end of 2006. They are mugging Mafia bosses on the street.

I just loved this book, and couldn't read it fast enough. Breslin is a great writer. Crisp and clear and to the point, with some humor thrown in. An excellent reading experience. 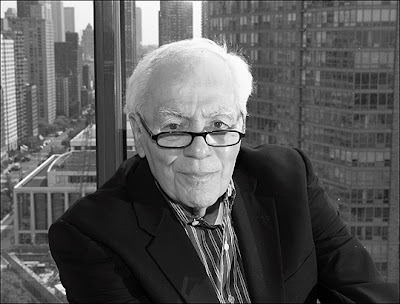