Over the years, there have been many different ways of hearing the music which is so important to me. At first there was the record player that played my early songs for children. These records were so beautiful, often in primary colors with little drawings. 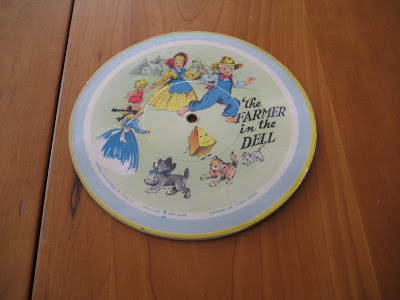 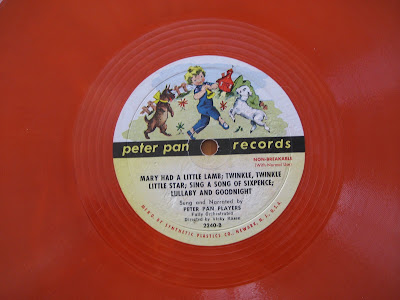 Then came the days of 45 rpms. These gems were the thrill of my days. Going into the little shop on Main Street, and buying a treasure that I would play over and over and over again was a favorite activity. I listened to everyone from Johnny Mathis to Bobby Vinton to Elvis to The Beatles. The Beatles were at the very end of my 45s buying life. 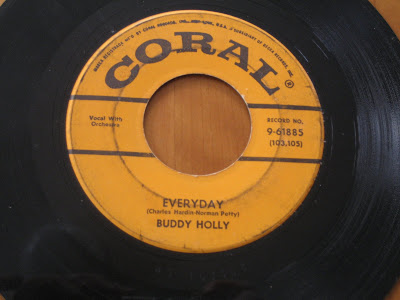 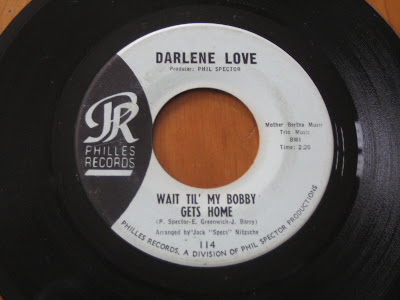 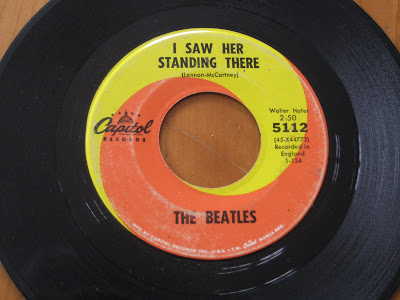 This was my first stereo which I got in 1963. It served me through the years when the 45 rpms and the 33 rpms overlapped. 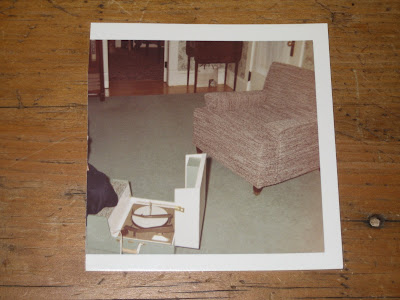 Then I left the 45s behind, and went into the album stage. Early on you could buy an album in mono, or in stereo for a dollar more. Too many of my early albums are in mono for this reason. Toward the end of my teens, I got very seriously into music, and thought I was the coolest thing alive because I knew who everyone was in every band and what instrument they played. 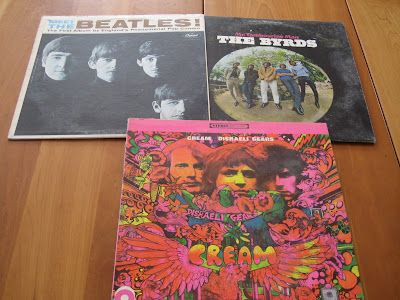 This is when I got, what we called then, a "system" - an amp, turntable, and speakers. 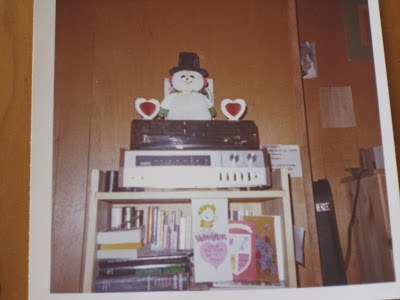 Oh, speakers! By then I was with my husband, and we were on a constant search for perfect sound. The last and best pair of speakers we had were the Bose floor speakers. I took this photo a few years back just before they went to the dump. Through cats stretching on them, and house moves, they had served us well. 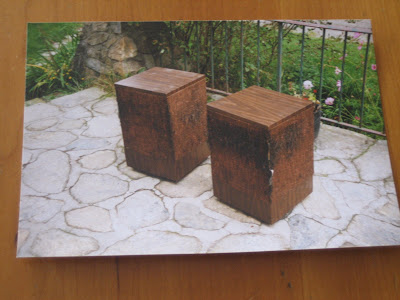 Then we tried smaller speakers, as we moved into the cd stage of music. We didn't have the room anymore for a music component set-up. My husband's aunt gave us the Bose cd player/radio, and over time we started using it exclusively. But the cd part hasn't worked for a few years, and we went back to a cd player and little unsatisfactory speakers. I couldn't stand it any longer and this week ordered the new Bose which is remote controlled and has a panel in the front where a cd slides in. It should arrive today. 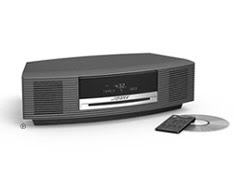 I have high hopes that this will be the answer to all my listening dreams. It is going in the kitchen which is where I listen to music most often, while cooking or sitting in front of the woodstove.

I know that most people now have iPods, and download music by the song or by the album on iTunes, but I still like my cds and my cd player. I like to open them up, read the liner notes, read the words when available, see a photo of the singer or band as I listen. I like to hear a whole album by one artist at a time.
Posted by Nan