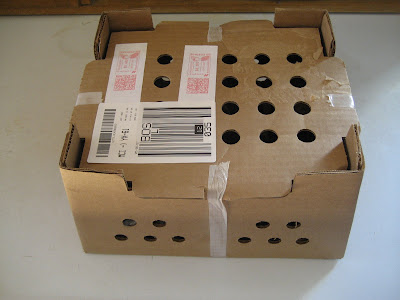 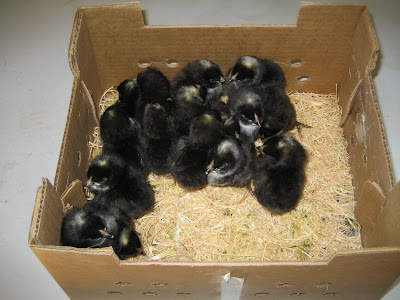 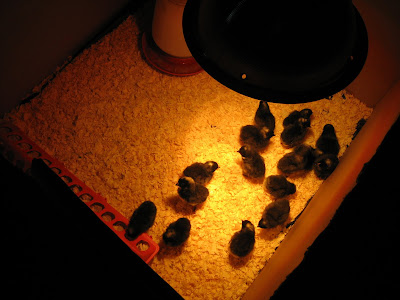 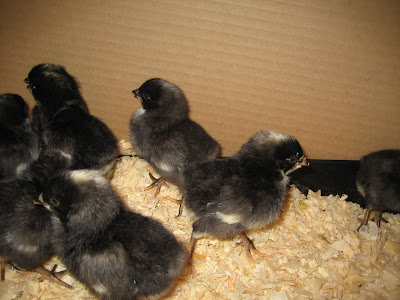 And this is what they will grow up to look like - 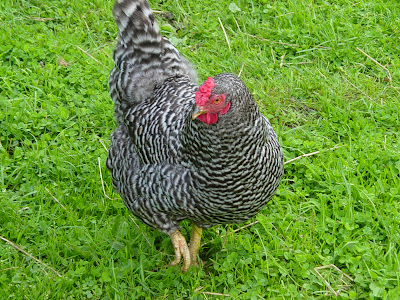 Today was arrival day for the new chicks. They were born on Monday, packed up into a box, and mailed from a hatchery in Missouri. I let the Post Office know they were coming, and a fellow called this morning saying they were there. They are living in a big box in the cellar, with a heat lamp, a feeder, and a waterer. In a few weeks, they will move out to the barn. We have Dominique chickens, a breed which was rare just a few years ago, but now is coming back. In Bailey White's Quite A Year For Plums, there is a character who does a painting of them which is exhibited at a big show. They are said to be America's oldest, original chicken. You will sometimes read of them referred to as Dominikers. Our girls are delightful creatures, very good layers, long-lived, hardy, and just plain cheerful. We only get hens, also known as pullets. We had a rooster once, but he was a mean one. He scared the kids, and would go after us if we went near. We gave him away to someone who was duly warned. That rooster went after his daughters, and the man shot him. Occasionally we are asked if we can get eggs without a rooster, and the answer is yes. They aren't fertile, that's all.
Posted by Nan