My husband and I read Delta Wedding by Eudora Welty ages ago, and we think it contains the funniest line she ever wrote. A fourteen (!!) year old boy is driving the family Studebaker when one of the other boys calls out, "Let Bluet drive!" The baby is handed into the front seat and stands up between this young driver's legs, and presumably puts her hands on the wheel. Couldn't do this now, but the year was 1923. Slow cars, no seat belts, anyone could drive. The boy, Orrin is described as a "wonderful driver."

I expect this won't strike any of you as particularly funny, but we break out in gales of laughter each time one of us says it. Plus, I just love the name, Bluet.

One of the many names of the Centaurea montana is Mountain Bluet. It is also called Perennial Cornflower and Perennial Bachelor's Button. 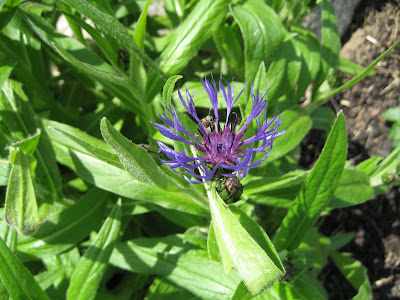 The little May Flowers which pop up in the fields, were called Bluets by my mother. 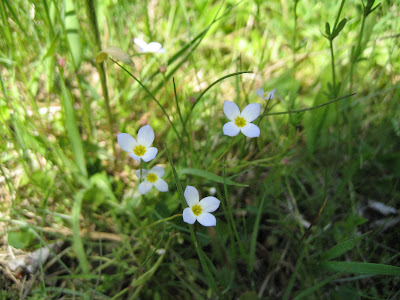