The Mysterious Affair at Styles by Agatha Christie 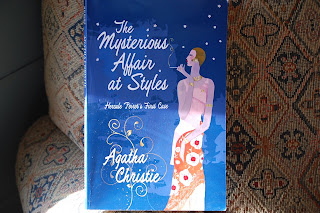 48. The Mysterious Affair at Styles - first in the Hercule Poirot series
by Agatha Christie
mystery, 1920
finished, 10/23/09


I've read a few books by Agatha Christie completely out of publication order, and recently I decided to go back to the beginning. Not only is The Mysterious Affair at Styles the first Hercule Poirot story, but it is her first published novel, period. What a way to start. The talent is right there just bursting at the seams to come out again and again and again throughout her long and prolific writing life.

I was recently given a gift of Agatha Christie, A Reader's Companion by Vanessa Wagstaff & Stephen Poole. It, along with my copy of The Bedside, Bathtub & Armchair Companion to Agatha Christie edited by Dick Riley & Pam McAllister have become two of my most favored books. What fun it was to finish Styles, and then go read what these two books had to say about it. For example, it was just terrific to learn that:

The descriptions of the fictional Styles, Chimneys, Stonygates and other houses in her stories are mostly Abney in various forms. ... Abney Hall at Cheadle, near Stockport, set in 350 acres of land, was the country mansion of the Watts family. 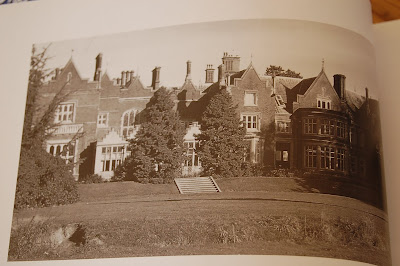 These country houses can be so menacing and dark, as in mystery novels, and so full of light and silliness, as in the works of P.G. Wodehouse. In The Mysterious Affair at Styles, we have connecting bedrooms, servants, various family members, and visitors who all help create an atmosphere just right for solving a murder. We arrive at Styles Court along with Arthur Hastings (the narrator), who happens to run into one of the sons of the manor, an old friend who invites him to come spend some time there. Hastings is convalescing from a war injury, and has fond memories of childhood visits to the country estate. In a very few pages, the step-mother of this old friend is murdered. It looks like strychnine poisoning but there is confusion because it is fast-acting, and the woman did not die until hours after the time she could have ingested it. This is just one of many complexities presented. There is a new, much younger husband whom no one in the household cares for. There is an overheard argument; doors bolted and unbolted; Dorcas, a 'fine speciman' of the 'old-fashioned servant that is so fast dying out.' Styles Court is absolutely brimming with possible suspects and clues, which are left up to Hercule Poirot to sort out.

Christie offers terrific descriptions of both the setting and the characters.

The woods around Styles were very beautiful. After the walk across the open park, it was pleasant to saunter lazily through the cool glades. There was hardly a breath of wind, the very chirp of the birds was faint and subdued. I strolled on a little way, and finally flung myself down at the foot of a grand old beech-tree.

I recalled her as an energetic, autocratic personality, somewhat inclined to charitable and social notoriety, with a fondness for opening bazaars and playing the Lady Bountiful.

He wore gold rimmed pince-nez, and had a curious impassivity of feature. It struck me that he might look natural on a stage, but was strangely out of place in real life.

There is nothing weak-minded or degenerate about Miss Howard. She is an excellent specimen of well balanced English beef and brawn. She is sanity itself.

After reading the book, I watched the 1990 television production with the amazing David Suchet as Poirot. The adaptation was really quite wonderful. 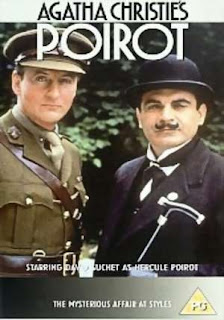 Reading the mystery, consulting my 'companion' books, and then watching the film version made for a most enjoyable experience.

As Detective Inspector James Japp of Scotland Yard says in the television version, 'My word, Poirot, you're the goods!'
Posted by Nan