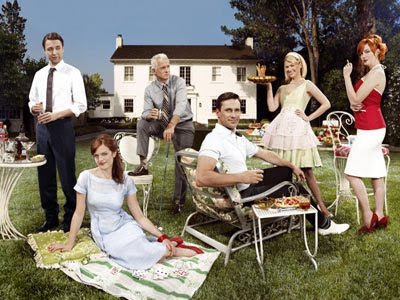 First we had the websites dedicated to books seen on LOST. And now, here is a fantastically fun article from The Daily Beast on books either seen in Mad Men or written during the 1950s or 1960s.

Thanks to Jeff, Tom and I are totally absorbed in the series. We're watching as fast as we can to catch up to this year. However, I did something I rarely do in books or television series - I watched the third season series premiere on AMC this past Sunday night at ten pm eastern time. I couldn't resist. I'll write more about it as time goes by.
Posted by Nan