The Making of a Home

Of all the things I love about spring, I think what I love the most is open doors and windows, welcoming the outside sounds and smells into the house. 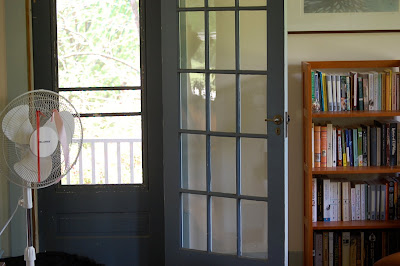 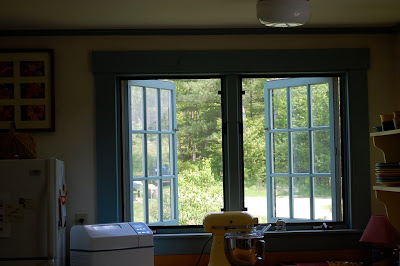 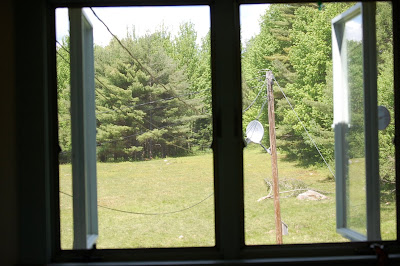 These are a few of the beautiful birdsongs that I hear every day now.

But wait, what is that other song I hear? It isn't a sound that everyone thinks beautiful, but I do. It is the beepbeepbeep of a big truck backing up. This isn't a sound we hear very often out here. But this year the spring air is filled with it because Margaret and her boyfriend, Matt are building a house! Well, they aren't actually building it, but it is being built for them.

We gave them almost four acres of land down at the bottom of our dirt road, bordering the main road. It is a beautiful, sunny, flat, open meadow surrounded by woods. Just behind where the house will be is a logging road that goes all around our land. The east border is our pasture.

Margaret and Matthew got a great deal on this log home. The sellers and the builders are all in the same family. Apparently they build all over - one of the latest is in Ireland! 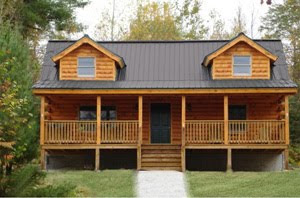 Though this view doesn't have the cellar foundation their house will, I wanted you to see the side view with the sliding doors. 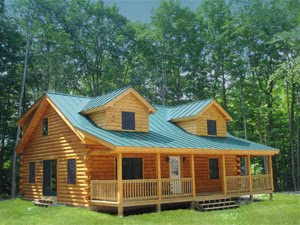 It has a great front porch facing north, sliding glass doors opening east onto what will someday be a patio, a loft and two bedrooms upstairs, and an open plan living, dining, and kitchen downstairs. Also downstairs is their bedroom and bath, and a combination laundry room/half bath.

Last winter in the midst of the worst white-out snowstorm we had, all of us and Matt's mother all drove to the log home company, and from there went to look at a house. It was someone's vacation home, and they allow the company to show prospective buyers around when no one is there. We all five fell in love with the place. It felt so spacious, beautiful, and homey. It is also the type of house that will look like it belongs on that piece of land, as if it has always been there.

There have been many steps along the way that had to be taken before work began.

Deeding 3.9 acres to them.
Perc test which was done last year. The numbers go from 1-5. 1 is sand, and this land is 2, so that's very good.
Hiring septic design person who submits design to state for approval.
Building permit from the town.
And then of course the loan.
One of the fun connections in the whole process was that the lawyer was in Tom's first eighth grade class.

Before land was even broken they had to get an address, which nowadays is obtained at the local police station for 911 purposes. Margaret was given a choice of a few numbers and chose one I love (I admit I'm a bit of a number person).

The first activity down there was the phone company fellows putting in the telephone pole. Later they will connect the pole to one in our north pasture across the dirt road. In the meantime, there is a temporary electric hookup while the house is being built. 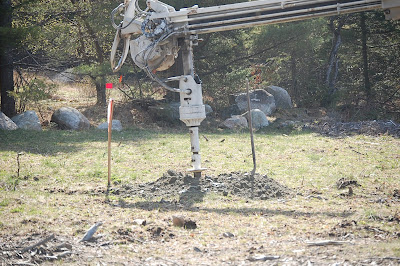 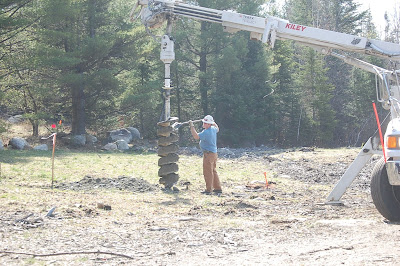 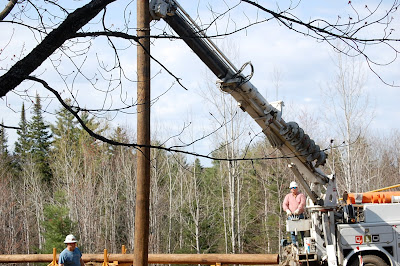 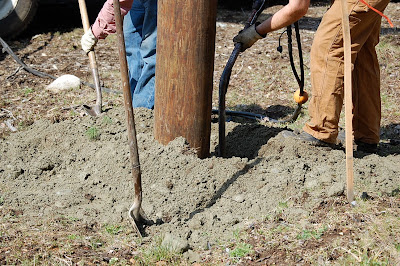 The most recent work was digging the hole for the foundation, and there occurred one of those things that will be told as a building story for years to come. They asked Margaret which way she and Matt wanted the house to face, and she said the road. After the hole was dug, Margaret and Matt stopped by and thought it looked a little odd, and then the next day she talked to the digging men. They thought she meant the main road not the dirt road, which is the road we always, always mean when we say 'the road.' So they proceeded to redo the hole, and now have it ready for the foundation.

We were all down there last evening looking at the big hole, and all the piles of sand, and the debris from the inside of the hole. Lexi was home, but little Piglet had a great time exploring. She made her way down into the hole on the short side, and then wandered around a bit wondering how to get out. Matt came to her rescue. 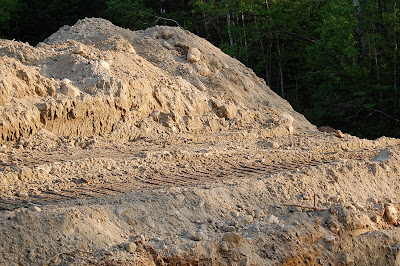 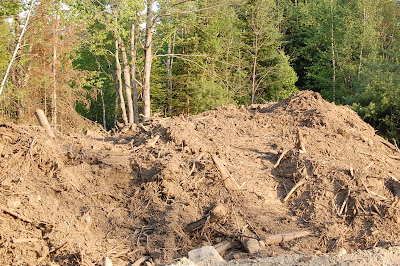 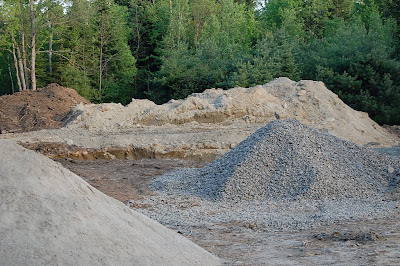 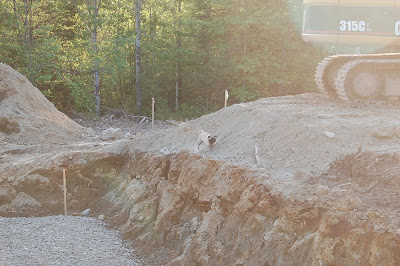 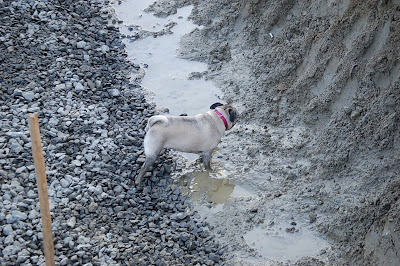 The main topic of conversation was not, however, this new home. It was all about the end of LOST. Here is Tom telling everyone what he thinks happened! 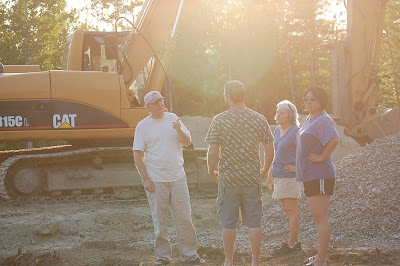 Labels: Family, The Making of a Home