There is something about a good snowstorm that delights the soul. We started hearing predictions of a big one at the end of last week, and sure enough on the solstice it arrived. The nor'easters that roar up the Atlantic coast sometimes don't give us much snow at our house. The shadow effect of the White Mountains can make all that snow drop on the eastern side of the Presidential range, leaving us wondering what all the fuss was about and let down because we didn't get snowed in. But I was pretty sure that the forecast for a good slug of snow would be accurate--the storm was coming from the southwest. It started about 10 AM Sunday, and as I write this on Monday afternoon we're still in flurries on the tail end of it. I estimate we got about a foot, adding to the 4" that was already on the ground. The town plow was up twice yesterday and then again at 4:30 this morning. 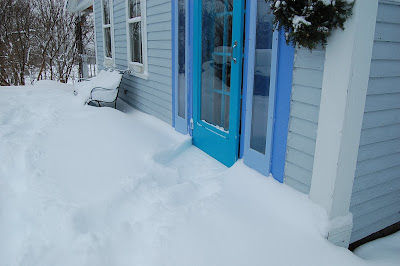 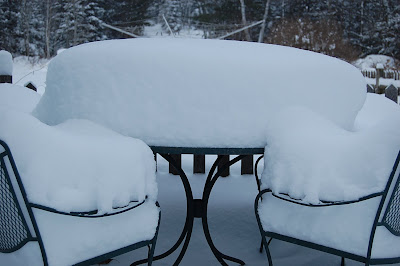 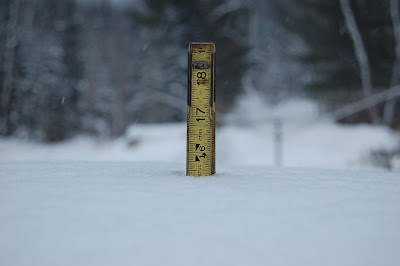 I heard the wind blow strong and loud for a while last night. When I got up I could see evidence of just how windy it was by looking at the icicles outside of our laundry room window. The bigger icicles had a distinct lean to them. It was clear that steady wind had been blowing from the west when the icicles were forming. If you look carefully at the bottom of the longest icicle in the photo, you can see it straightening out again as the wind diminished. Pretty neat. 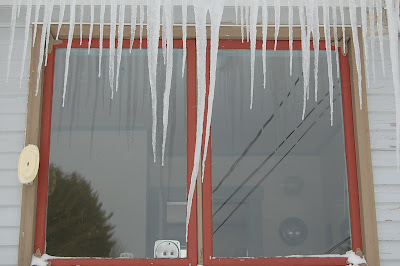 I went to my favorite Mac weather program, Seasonality, and could see the graph of when the wind shifted. At just about midnight last night the wind shifted strongly into the west (bottom graph). At the same time, the wind speed picked up, reaching its peak speed of 35 mph at about 4:30 AM (middle graph). 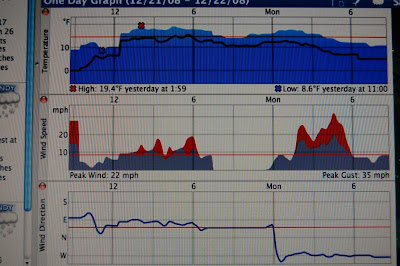