Have you ever made a big purchase and afterward regretted it? This is the case with my couch. Years ago, we were in need of a new one. It was the only one in the store that was vaguely suitable, and so we bought it. My children think it is the best couch in the world. Tom seems to be able to take naps on it just fine. But I don't even sit on it. I find it uncomfortable. I hate the foamy, boing-boing cushions. Plus, I didn't like where it was in the living room. I thought it made the whole corner crowded. I couldn't really have a coffee table in front of it because it was even more crowded that way.

So the other day I had a brainstorm. What if we removed the couch from the living room? Neither of our kids is in a position to take it right now, but there was some room in the study, so we hauled it in. That's what the kitties in the blog header are lying on. They too seem to think it is great.

I then arranged the chairs in the living room to form a little visiting/watching television area. I brought in the big plant for the corner. The couch used to be on the far wall and filled the whole space. Taking very little time, and just a little work, my living room is utterly transformed and I love it. 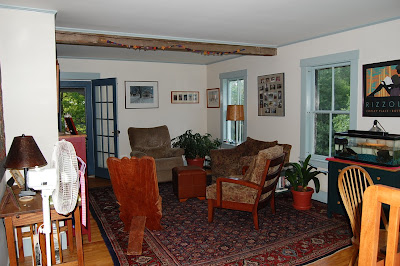 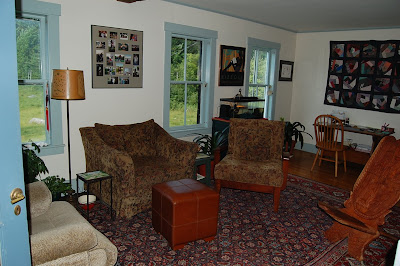 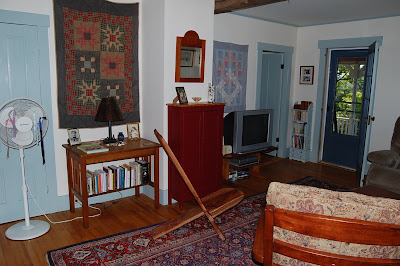