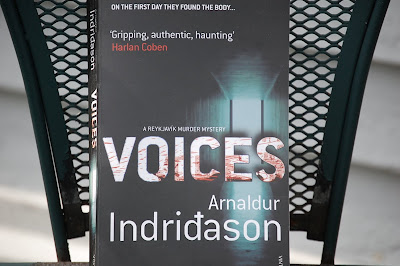 In my book report on Silence of the Grave, I said that I would continue buying the books in this series 'as long as Arnaldur Indridason continues to write them, and Bernard Scudder continues to translate them into English.' Peter left me a comment saying that 'Scudder died in 2007 partway through his translation of Arnaldur's novel "Arctic Chill." Victoria Cribb completed the translation and also translated "Hypothermia," the most recent of Arnaldur's novels to be published in English.'

I felt very sad about this, both about the death and the fact that he has been gone so long and I didn't even know it. Anyhow, I thought I would begin this post with a tribute to the wonderful translator. Here is his obituary:

Bernard Scudder, who has died suddenly aged 53, was a poet and the doyen of translators of Icelandic literature into English. Born in Canterbury, he read English literature at York University and was a member of the York team in one of their appearances on Bamber Gascoigne's University Challenge.

In 1977 he went to study the Icelandic language at Reykjavik University, after which he worked as a reporter for the Iceland Review and News and as a Reuter correspondent. While undertaking freelance commercial and political translations for many years, he also became widely respected as a translator of poetry and prose. Three years ago he took his first full-time job as translator for the National Bank of Iceland.

Bernard was a member of the editorial team that produced the Complete Sagas of Icelanders in English translation in 1997, which included the translations of some 30 native English speakers. He translated both Egil's Saga and Grettir's Saga, and was responsible for editing the notoriously problematic and difficult skaldic poetry from all the contributors. This five-volume compilation was published in Iceland by Leifur Eiríksson Publishing, but later taken up by Penguin Books. His lyric translation of The Prophecy of the Seeress appeared in 2001, a year before Cold Was That Beauty, a collection of translations of poems by nearly 50 poets.

In addition to his medieval translations, Bernard had an abiding passion for contemporary poetry and fiction. His renditions of a number of prizewinning novels included Thor Vilhjálmsson's Justice Undone (1995), Guðbergur Bergsson's The Swan (1997), Einar Már Guðmundsson's Angels of the Universe (1995) and Thorarinn Eldjarn's The Blue Tower (1999). He has more recently been translating the award-winning crime novels of Arnaldur Indridason, including Silence of the Grave (2006). His copies of the last were delivered to his house on the day of the funeral.

Bernard also translated songs and poems, both ancient and modern, exhibition catalogues, works about Icelandic geology, and subtitles for new films, most notably those by Fridrik Thor Fridriksson. Composures, a volume of his own poetry, was published in England in 1996. Another volume was nearing completion when he died, and will appear this year. It will combine Bernard's own poetry with a number of medieval and modern poetry translations he was at work on.

The poem Gravities, taken from the Composures volume, was characteristic of his work: "At the dead point of the afternoon/ where I at the sea's edge/ watch the waves poised/ between their climax and release/ posed with ineluctable grace/ between two gravities/ between the grave and the graver still/ I long for this dead point/ stretching the climax from the release,/ this finely spun short nothingness/ no longer spinning."

He leaves Sigrún Á Eiríksdóttir, his partner of many years and mother of their daughters Hrafnhildur and Eyrún Hanna.

Voices begins at Christmas time. A hotel is bustling with tourists coming to experience the season in a cold climate, while the doorman who doubles as Santa Claus for the children of employees and guests is found dead in his hovel of a room in that hotel, where he has lived for many years. He is in a state which would be most embarrassing if he were alive to know it.

No one seems to know this man, even his fellow employees. The police begin their slow search to piece together bits of information which will lead them to his killer.

Erlendur had unearthed a lie and he knew there was nothing more valuable for a criminal investigation.

That is something we all know, whether we read mysteries or watch them on televison, but I don't think I've actually read the line before. Arnaldur Indridason, more than any writer I've known, takes the time to mention such things. They help the reader see what being a policeman is all about. Another is:

His first sight of the body was etched in his mind and the more he found out about the man in the Santa suit, the more wretched was the mental image he preserved and knew he could never shake off.

In much the same way as in Silence of the Grave, Voices is about families.

Erlendur thought about his own father who did nothing but teach him good manners and show him affection. The single demand he made was to behave well and treat other people kindly. His father never tried to turn him into anything he was not. Erlendur thought of the father who was awaiting sentence for a brutal assault on his own son, and he imagined Gudlauger continually trying to live up to his father's expectations.

'Do you know what it's like not to be the favourite?' she asked instead. 'What it's like just being ordinary and never earning any particular attention. It's like you don't exist. You're taken for granted, not favoured or shown any special care. And all the time someone you consider your equal is championed like the chosen one, born to bring infinite joy to his parents and the whole world. You watch it day after day, week after week and year after year and it never ceases...

In Silence of the Grave we learned why Erlendur is so drawn to reading 'ordeal' books. In Voices, further details are revealed. Erlendur is like the proverbial onion: each book peels off another layer as we get to know this private and solitary man better and better. He tells his daughter, Eva Lind, a young addict who is trying to clean up:

'Instead of trying to rebuild something from the ruins, which I think I was trying to do when I met your mother, I dug myself down deeper into it because it's comfortable there and it looks like sanctuary. Like when you take drugs. It's more comfortable that way. That's your sanctuary. And as you know, even if you are aware that you're doing other people wrong, your own self matters most. That's why you go on taking drugs. That's why I dig myself down over and over again into the snowdrift.'

Along with the descriptions of excellent police work, and Erlendur's personal life, the reader gets to learn some hitherto unknown aspects of Icelandic life. In the first book I read, Jar City, Erlendur's co-worker, Sigurdur Óli asks,

"Isn't this your typical Icelandic murder?" ... "Squalid, pointless and committed without any attempt to hide it, change the clues or conceal the evidence."

In Voices, this criticism of their country continues:

They make such an awful fuss about small things here in Iceland, even more now than they used to; it's a national trait in a country of under-achievers.

No one is ever allowed to excel in this dwarf state. No one's allowed to be different.

When I had finished Silence of the Grave, I looked around the shelves wondering what I would read next and I realized I just wanted to read more about Inspector Erlendur and Iceland. I feel the same after finishing Voices. I've picked up a couple other books, and liked them perfectly well, but I'll put them aside to continue with my visits to Iceland.

The author, Arnaldur Indridason
On a fun side note, there were frequent mentions in Voices of the tourists in their brand new Icelandic sweaters. I wanted to see what they look like. Now I want one! 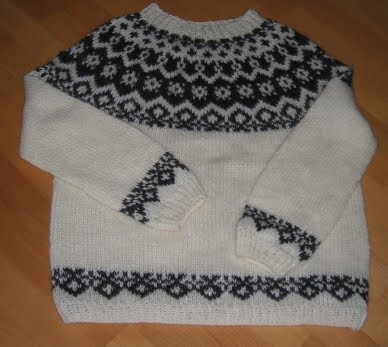