The last two weeks of spring gave Windy Poplars Farm the annual joy of peonies, though they went from bud to full bloom to overblown in a matter of quick days. Sad that such loveliness can be so very fleeting. It often depends on the weather. Even though our plants are caged for support, there really isn't any hope for the poor flowers if a hard rain falls. They droop, they brown, they die. But oh, how beautiful they are while they last! 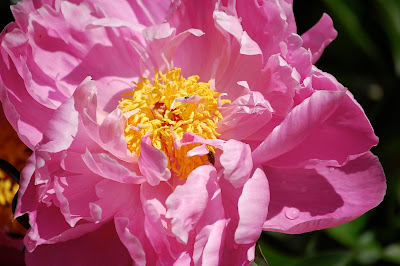 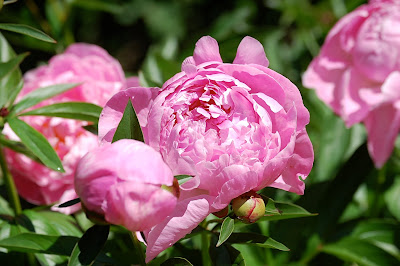 Ove the years of the blog, I've offered two peony poems. If you haven't read them, you may find one by Donald Hall and another by Mary Oliver. Both are exquisite.

Lisa left a note on one of the Farm and Garden Weeklies saying maybe the bluebird would be back, and I couldn't believe it after all the commotion that went on, but one day Tom thought he heard it, and then on Monday, the 14th I saw it on the wire near the birdhouse! Will there be a second nest?? No further sightings of the bluebird.

The air is full of robin song. The mother with the nest in the Dutchman's Pipe scolds us only as we walk by the nest onto the porch. Otherwise, she allows us to sit at the table eating with friends as we did on the first day of summer.

Matt saw a black bear down where the house is being built, and on Father's Day his mother and Margaret saw one heading up the road into the woods from our house when they were over here for brunch. Sadly, no photographs.

The wild turkey families have been closer to the house; right out front by the maple tree. Tom took this shot through the screen but you can still see how very adorable they are. I am so fond of wild turkeys, and feel such gratitude that they raise their families here. 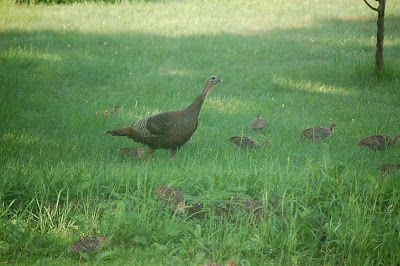 On the 23rd I saw two moose out in the north pasture. Again the pictures were taken through the screen, and also with the zoom lens. 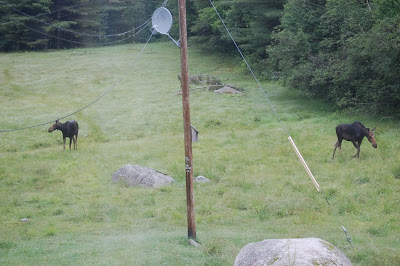 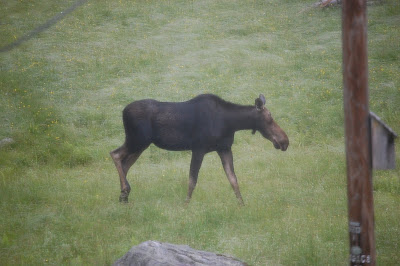 On Thursday, the 24th, Tom saw deer tracks up the road; a mother and a fawn. He didn't have the camera with him though.

The Zephyr squash is up! 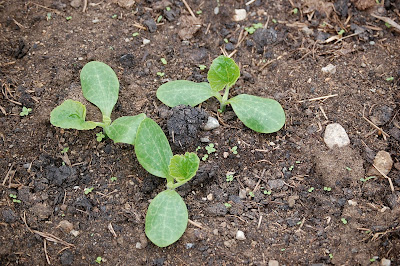 As are two plantings of the French Gold yellow pole bean. This is the first time we've grown pole beans and are using these cages to support them. 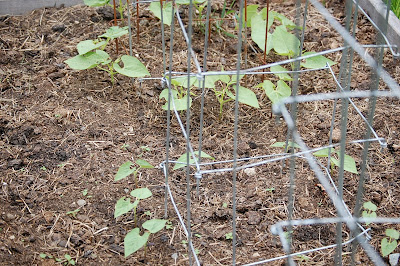 One of my very favorite flowers is the mallow. I remember my mother saying it used to grow by the chicken house on her childhood farm so I planted it here on this farm. I love these which popped up amongst the daylilies. 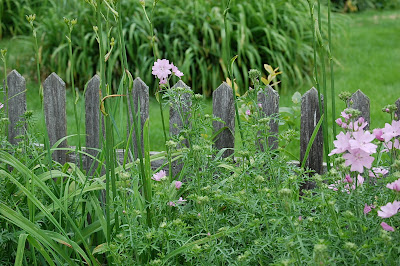 And speaking of daylilies, the first of the 'common' or orange daylilies have opened. I believe that of all the beautiful colors I have, they are still my favorite. 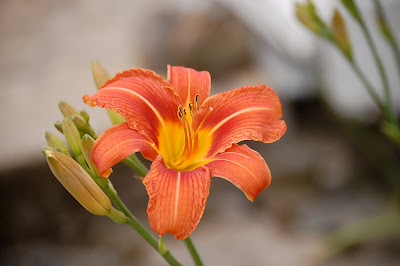 The milkweed has opened with its incredible fragrance. It reminds me of the hoya plant we used to have. Very strong. It is growing alongside the spiderwort and globe thistle. 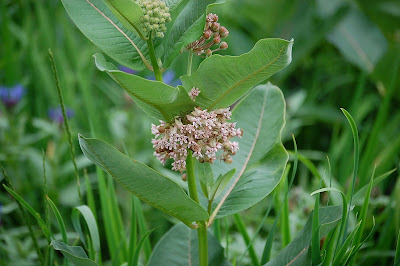 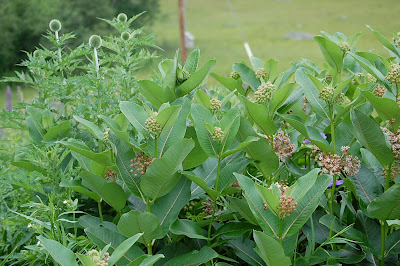 I am happy to report that the bleeding heart came back from the late frost and heavy snow, and is still blooming. 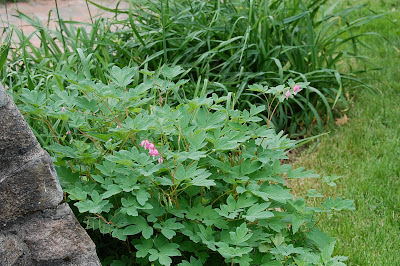 Once a year, the cedar waxwing comes along to eat the honeysuckle berries in front of the side porch. Such a welcome treat. Tom was lucky enough to be standing on the porch to catch this view of the dear bird. 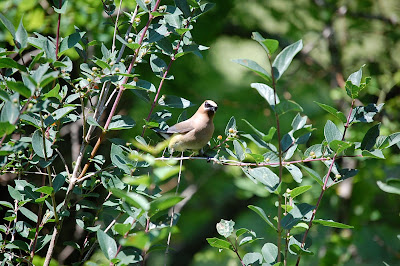 We are still having quite a bit of rainy/cloudy weather, and hence the vegetables seem a little slow, but as soon as we get some sunny hot days they should really take off. The lettuce, onions, and leeks are growing just fine.
Posted by Nan