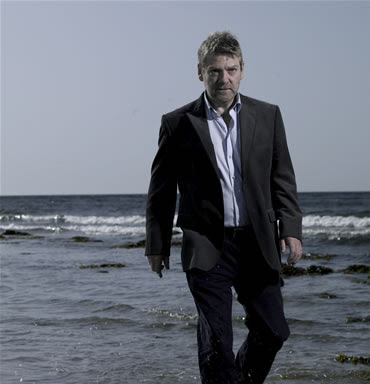 If you missed last evening's episode on PBS Masterpiece Mystery, there are two others coming on Sundays in May. I've not read the Wallander books by Swedish writer, Henning Mankell but will certainly search them out after watching the television adaptation. Kurt Wallander is a policeman in Sweden. We first meet him in a field of startlingly yellow oilseed rape:

a plant of the cabbage family with bright yellow, heavily scented flowers, esp. a variety ( oilseed rape) grown for its oil-rich seed and as stockfeed.

He has been called by a local farmer because there is a young girl roaming this huge field. Wallander shows his badge, calling out that he is a policeman and just wants to talk to her. In the blink of an eye, she pours gasoline over her head and sets herself on fire. He is devastated, and cries on the scene. What a beginning. The color, the shock of her action, and a policeman crying. I knew I was in for something unusual and excellent in television viewing. The 90 minute program didn't let up. Prominent men are murdered (and scalped) so Wallander must work on these cases as well as trying to find out who the poor young girl was.

You may read more, watch a preview, and even see the whole show on the PBS Masterpiece Mystery site. This is television at its best - excellent mystery, fine acting, and no ads. There is another review here.
Posted by Nan