Well, now that all the dogs have had their day on the blog, it is time for the cats! Sooty actually made an appearance in one of the earliest blog entries. He has since shown up in other photos, but without name recognition. Soot was one of a pair of kittens we got from a farm back in 1993. His brother died years ago, but Sooty goes on. He has an open spirit, is very friendly, loves sitting on laps, and adores dogs. Here he exhibits his literary interests by using a book as a pillow. 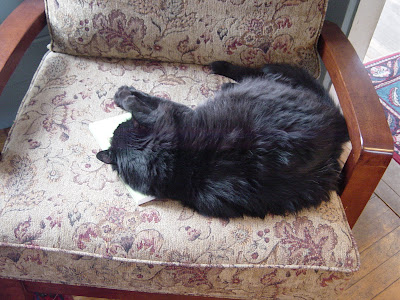 Every year he loves spending time among the presents under the Christmas tree. Sadly, none are for him. 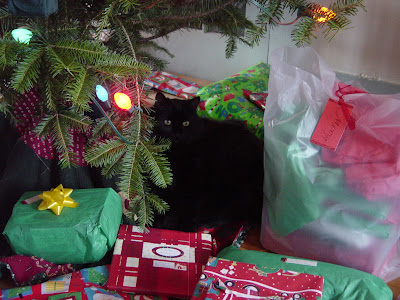 While Soot prefers the lazy life: 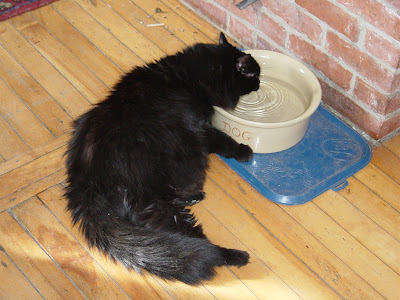 Raya is enamored of the treadmill: 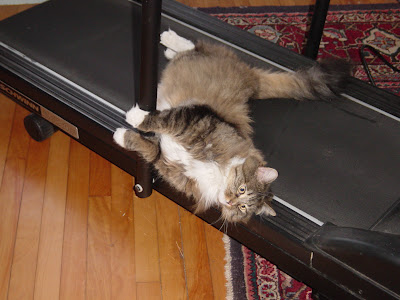 She will be six this year, and was a stray brought home by our daughter. She is the best destroyer of furniture we've ever known. Raya loves people, and two of the dogs. Sadie is a bit too rambunctious for her. She loves being in the middle of any activity as evidenced by this photo taken when we were having a room painted. 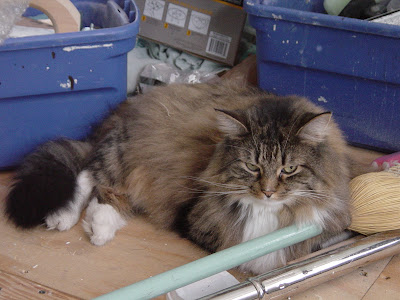 But she also likes to sleep as well as the next cat. 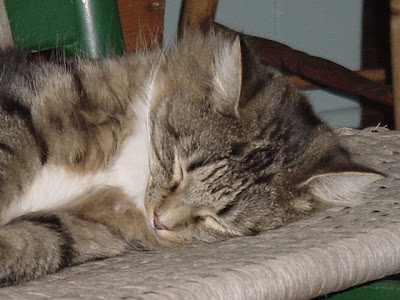 As I read over this entry, I see how whimsical I've been, and ponder just why that is. What is it about cats that brings this out? Whatever it is, they are joys in our lives. We've had cats since 1969, and can't imagine a life without them.
Posted by Nan