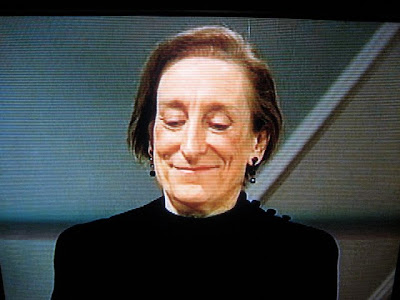 On this last full day of winter, Mrs Bale wanted to stop by to tell you that it has been a really wonderful winter around here. While the rest of the state, the country, and the world got snow, snow, snow, we did not. I don't keep records, but I think the last big snow was in the teens of January. When Mrs B told you about the January thaw, she didn't realize it was really the end of wintery weather. We've had a couple of little whirling snows, but nothing has lasted, and we've had lots of bare ground for weeks. And the sun. It seems to me that almost every day in February had some sunshine. Even if it was cloudy most of the day, it was sunny for a while. And March hasn't been much different. A bit cloudier, some wind, a little rain. But it has felt like we've been in a little springy bubble that kept the usual winter weather away this year. Happily, it has stayed cold enough so the ski areas could make snow. As winter makes its last appearance today, it is sunny and bright and almost 60º. Mrs Bale and I aren't complaining one little bit.
Posted by Nan