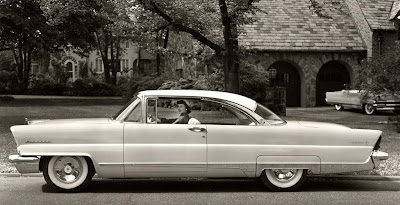 Sally: a brief journey; an excursion or trip.

Hop in this great old car, and we'll sally forth to some interesting places I've come across this week. More about what this Saturday Sally idea is here; and for other Sallies you may look on the sidebar under Letter Topics.

Let's see, how did I come across this first place? I saw a bit of one of my favorite movies the other day on the Independent Film Channel - The Winter Guest. Have you seen it? 1997 film starring Phyllida Law and her daughter, Emma Thompson. I went searching to find out more about Phyllida Law, who I think is one of the best actresses of our time, and came upon this great, great exhibit of photographs of older women. Many you will probably recognize like Vanessa Redgrave, Judi Dench, Maggie Smith, and Harriet Walter, who is behind this project. You may also see Mary Quant, whom I just listed the other day in the Kinks 'Where Are They Now' post.

There has been a lot of press lately about Vera Lynn, the famous singer whose recording of We'll Meet Again was the song in the hearts of all soldiers and those who missed them during the Second World War. At 92 years old, she is the oldest person to have an album, her new, 'We'll Meet Again, the Very Best of Vera Lynn', at the top of the British album charts. It contains 49 songs! And it probably won't surprise you to know that I've bought it. A couple of my all-time favorite songs are there: A Nightingale Sang in Berkeley Square and The White Cliffs of Dover. Here is a video of her singing to the troops. It made me cry to hear those boys singing right along with her. I wonder how many of our fathers or grandfathers saw just such a performance all those years ago.


For the third stop, how can I pass up a mention of the new Dan Brown book? Sarah Weinman has a lot of interesting things to say here. I had called the library and was put on a long list when I decided to buy it from my local independent bookstore instead. The first crop of books had sold out but they expect another shipment today. They'll call me. All other reading will be put on hold.
Posted by Nan