I have read that early fans of Arthur Conan Doyle's Sherlock Holmes books believed Sherlock was a real person. And still tourists flock to Baker Street looking for the plaque with the famous address. 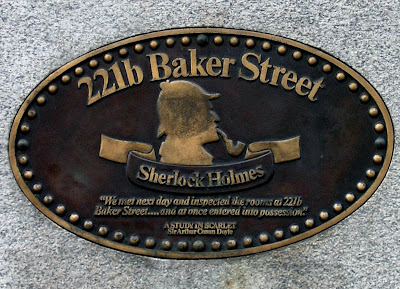 We fans of Inspector Morse, particularly the televised version based on the books by Colin Dexter, may be forgiven for feeling the same way about him. John Thaw made us believe that he was Morse, and it was all too eerie when he died a couple years after Morse died on the television episode, The Remorseful Day.

Morse and his partner, Robbie Lewis 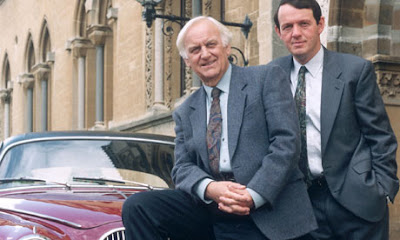 In 2006, the wonderful Lewis, or Inspector Lewis as it is known in the US, debuted, with Lewis played by the original actor, Kevin Whately. It was all we could hope for. There were occasional homages to Morse, but mostly the series, with the addition of Lewis' partner Hathaway, played by Laurence Fox, has stood on its own. Sadly, I have read that the end may be near for the show. Season 5 will be on PBS from July 8 - July 29. 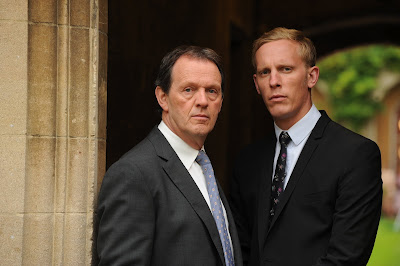 And tonight we have Endeavour, about Morse' early days as a policeman. An extra treat is that Thaw's daughter, Abigail has a role in tonight's episode. 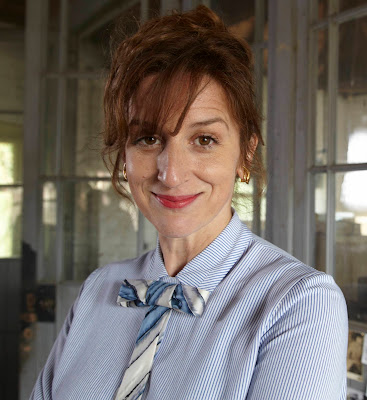 And Colin Dexter, the man who began the whole thing, makes a cameo appearance. 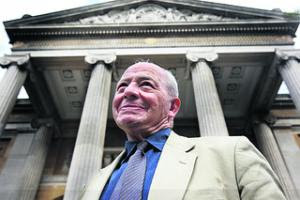