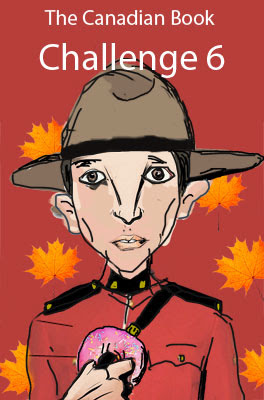 I have signed up for the 6th Annual Canadian Book Challenge. You may find out more, and join here. My hope is to read a book from each province and territory, either set there or by an author from there.

Canada consists of 13 political divisions: 10 provinces and 3 territories. The territories are Northwest Territories, Nunavut and Yukon.
The major difference between a Canadian province and a Canadian territory is that a province is a creation of the Constitution Act (17 April 1982), while a territory is created by federal law. Thus, the federal government has more direct control over the territories, while provincial governments have many more competences and rights.

The Canadian Book Challenge is an online reading challenge in which participants from Canada and around the world aim to read and review 13 or more Canadian books in a one year span: Canada Day to Canada Day. Reviews must be posted online and participants are asked to share links to their reviews with other participants.

Canadian books can include any genre or form (picture books, poetry, novels, non-fiction, plays, anthologies, graphic novels, cookbooks, etc), can be written by Canadian authors (by birth or immigration) or about Canadians.