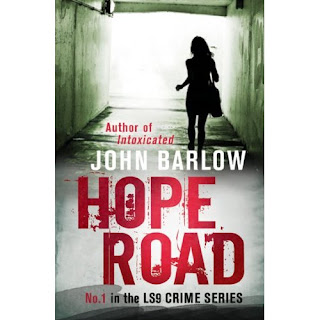 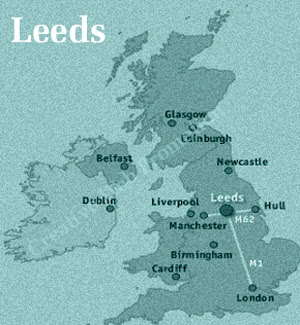 For the average person, if your parents are teachers or mechanics it isn't etched in stone that you will work at the same occupations. Some parents put more pressure on their children than others, but for the most part, a child is free to live a different life and have a different job from their parents. A glaring exception is if you are a child of someone who is part of an organized crime syndicate. You may remember that Michael Corleone, in the Godfather movies, didn't want to be part of the family business. Yet even going to Dartmouth and being a war hero couldn't stop the inevitable pull.
In Hope Road, John Ray is the son of Tony Ray, the former crime boss of Leeds, England. He is trying to run his father's used car dealership as a legitimate business, and in fact has just won an award for Auto Trader Used Car Dealership of the Year. But his family connections haunt him no matter how he succeeds. The headline after he receives the award screams out Family of Crime Turns An Honest Profit. He lives in the converted former art room at his childhood school.

… the building had an added attraction, because he'd always felt comfortable here, as if he belonged. This is where he'd become John Ray, where he'd escaped the shadow of his father and the family name. From these classrooms he'd gone on to Cambridge, then abroad, far away from the place where he'd grown up, and where he was always someone's son, never just himself. He had a lot to thank the school for.

The reader naturally wonders why he came back to Leeds and is running this business which used to be the headquarters for the work his father did. His girlfriend is, perhaps surprisingly, a policewoman. He met her two years ago at the scene where his criminal brother was brutally murdered. It is an uneasy situation for her, and she is always on the line with her boss who is asked

if it's police policy for officers to be seen about town with the family of known criminals.

The current case DC Denise Danson is investigating involves the murder of a young prostitute found in the trunk of a car. In the glove compartment is a business card from Tony Ray's Motors, Hope Road, Leeds 9. It is lucky for John Ray that 'Den' can give him an alibi for the night before.

If I had friends who worked in British television, I would tell them that Hope Road would make a great program. All the way through the book I could see the scenes. I don't know when I've read anything quite so visual.

There really is a Hope Road in Leeds. It sits

at the feet of the optimistic, vertical city, close to the glamour but somehow cut off from it, left on the outside. This part of Leeds clings to its low-slung industrial past like an old drunk, scared to change his ways .... Victorian workshops and squat 1920s factory blocks are either bricked up or hide unnamed businesses behind steel-panelled gates topped off with coils of rusting barbed wire. Occasional splashes of colour announce exhaust refits and commercial printing services.
… Hope Road. Named at a different time.

The hotel featured in the book:

The Eurolodge Hotel occupies a squat, pre-war office block a mile out of town on the York Road. When the building was new it would have been right next to the trams going in and out of the city. But now its two stories of old red brick and stained concrete sit beside four lanes of relentless, fast-moving traffic.

The window of his 'converted art studio' looks out on

rows of red-brick council houses running down the valley side, an ugly-as-hell modern comprehensive school, and further off the kind of grey tower blocks that seem to be rain-dampened whatever the weather. 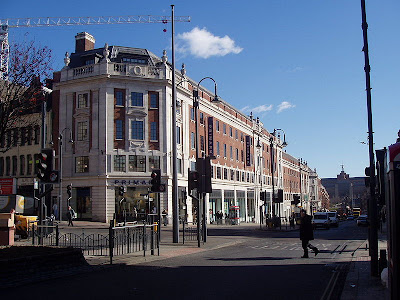 The University of Leeds 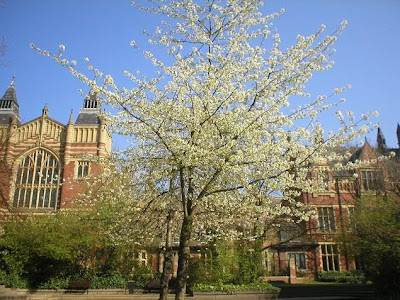 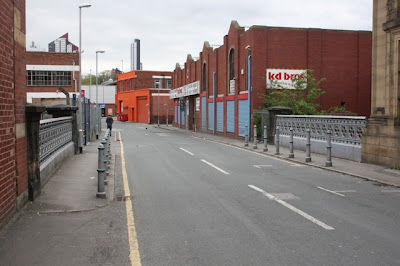 LS9 is the postal code for the region, hence the name for this series. I really, really liked Hope Road and can't wait for the next book.

I first read about it here.

There is a most interesting write-up about the author here in which he tells of his learning about a less-than-reputable member of his own family.

And John Barlow's website is here.
Posted by Nan