Murder Most Frothy by Cleo Coyle 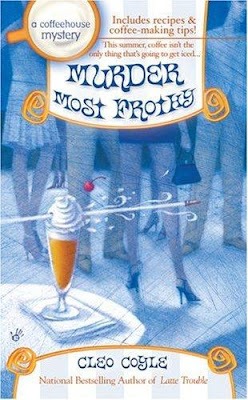 Honestly, with every book I read I become more enamoured of this series. The books are so refreshingly different from any other light mysteries I've read. First of all, the writing is really excellent. Secondly, the locales are so well researched and well presented. In fact to my mind, the only series comparable in terms of setting the scene is the Duncan Kincaid/Gemma James series by Deborah Crombie. Those books are more serious, with more intense themes, but the settings are equally strong in both series. Thirdly, the characters are really great people, especially the 'star,' Clare Cosi. And lastly, there is the coffee, which is why I include the books in my readings for the Foodies Read 2 Challenge.

There is a wealth of information provided in each and every book.


Yes, Brazil is the largest coffee producer in the world, and much of it comes from lower-grade Arabicas and Robustas grown on massive plantations. And yes, these coffees are flat and average, many of them ending up in mass-marketed blends - the kind you find canned on grocery store shelves. But Brazil is a huge country with a wide spectrum of conditions and quality. In recent years, its growing associations have been working to recreate the image of its coffees. Small farms, like the one Matteo found in the south of Minas Gerais, use higher quality harvesting and processing methods to produce specialty-level coffees that really sing in lighter and medium roasts.

And speaking of medium roasts, I wonder if you thought, as I did, that dark roasts offer more of a zing, in terms of caffeine. Well, it's not so.


… I feared my energy levels would spike and then fall, which was why I'd chosen the Breakfast Blend. I had many other more complex and robust-tasting blends on hand, but the medium roast had more caffeine than the darker Italian or French roasts.


Mount Elgon is one of the tallest mountains in Africa, and the terrain is steep and treacherous with thick forest cover. According to Matteo, roads were less common than dirt tracks, which were often washed away during rainy season when gullies overflowed. Nevertheless, the Bagisu tribesmen who lived near the Sipi Falls had become experts at coffee farming, and they had a foolproof method of transporting their cherries
[What we call a coffee bean is actually the seeds of a cherry-like fruit. Coffee trees produce berries, called coffee cherries, that turn bright red when they are ripe and ready to pick. The fruit is found in clusters along the branches of the tree.],
even amid the challenging terrain. No, they did not use Hummers. They used donkeys.

And a description of the product of that African coffee which was made into a blend Clare calls Summer Porch.


A coffee taster trains the tongue and the nose to detect the faintest traces of every flavor. There were hints of star-fruit, pear, and red cherry behind the Jasmine tea like flavors of the Sipi Falls. And I'd roasted it light to really bring out the strawberry flavor (a darker roast produced a sort of black tea finish to the cup).

As in her other books, the author extols the virtues of Kona coffee


… that sweet, smooth coffee with buttery characteristics and hints of cinnamon and cloves, grown in the volcanic soil of Hawaii. (Many coffee roasters offer Kona blends, but for my money the single-origin experience is the way to go.)

And I agree. You may see the Kona that I buy in my second book report on this series.

The mystery in Murder Most Frothy takes place in The Hamptons on Long Island. If you watch the television show, Royal Pains, (which I love) 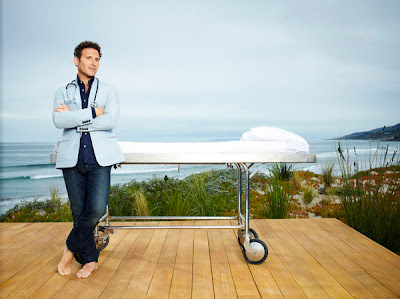 you know how beautiful this part of the country is, but the real estate is very, very expensive, and consequently it is pretty much the home (usually second or third home) of the rich and famous. 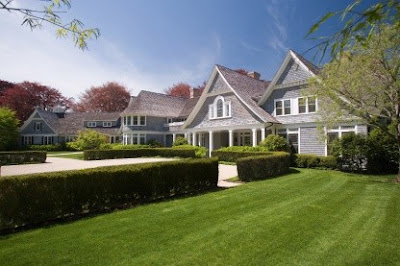 There are still some locals like the farmers in the book.


The Millers had been running this farm stand of impossibly fresh vegetables and fruits every summer for the last twenty-odd years - and before that, Bob's father had run it. They were "Bonackers," part of the local families that had been living out here for generations.
(At one time, "Bonacker" had been a pejorative term like hick or bumpkin. Its etymology was Native American, from the word "Accobonac," which roughly means "place where groundnuts are gathered." Such was the naming of nearby Accobonac Harbor and, consequently, the people who lived around it. These days people wore the name with pride. The East Hampton High School sports teams had even adopted it as their nickname.)
The Miller's land was located on the unfashionable side of the highway - the side away from the ocean - yet they'd been able to sell off just a portion of it for a small fortune. They'd kept the rest in the family and continued to farm it, just as they had for hundreds of years.


An unexpected occurence at the glamorous party is the murder of one of the young people working alongside Joy at the party. Because the victim was in Mintzer's bathroom and his profile was visible through the window, the thought is that perhaps the killer got the wrong person. Clare finds some shell casings and flipper prints out in the dunes. 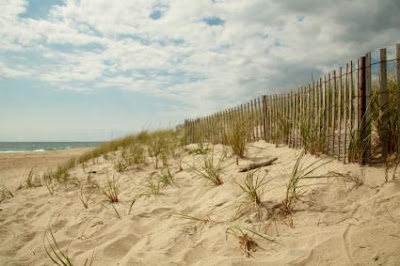 It is also suspected that David has been poisoned (not killed, just ill). One of the suspects is a neighbor who is angry that David has spoiled her view with the tall trees he planted. He can't believe she would want to kill him over this.


If there's a Hamptons pastime more common than suing your neighbor, I don't know what it is. People file in civil court as often as they file onto tennis courts.

The reader learns that


"They're razing our brilliant, off-beat architectural history like Motherwell's Quonset hut, and replacing it with mock shingle-style cottages. … It was bulldozed in 1985. You know why? The new, wealthy owner wanted a more conventional structure for his summer weekends."

The man speaking is passionate about what is happening.


"It's a bankruptcy of creative design. Most architects are sick about it, but they want to be successful, and these people with money don't have the sense of adventure the modernists did. They're simply desperate to fit in. 'Build me something that looks like it's been around for one hundred years. And make it really, really big.'"

The upside to the area is that it is protected from a lot of the sprawl we have become so accustomed to.


The place was a trip back in time, where neon was outlawed, scenic rural landscapes were preserved... filled with ponds, marshes, and hills.

In her inimitable way, Clare describes it as 'a dreamland. Trump meets Thoreau with an ocean view.' 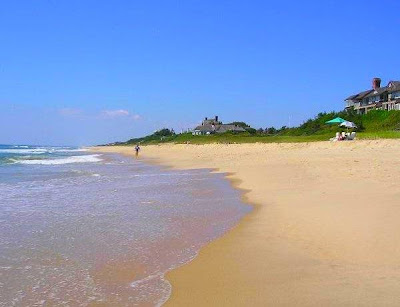 Clare Cosi is spunky, feisty, intelligent. In this book, her ex-husband, Matteo tells her why he thinks she is so interested in sleuthing.


Matt recently accused me of having a Nancy Drew compulsion. He claimed it was a wish fulfillment impulse carried over from all the mystery novels I'd read in my formative years. He asserted this was my own personal version of an adrenaline rush.

There is lots more information about this wonderful series, along with coffee facts and recipes at the author's website.

You may notice that this is a Nook book. I still have my Kindle, and still buy books for it, but I recently bought a Nook as well. Not to be a conspicuous consumer, but to be a supporter of Barnes & Noble, which still has 'bricks and mortar' bookstores. I want to spread my book buying money between them, as well as my local independent bookstore.
Posted by Nan