The Artist of Disappearance by Anita Desai 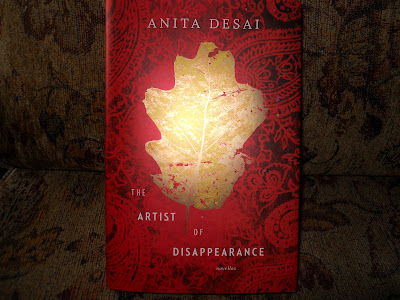 
The first of three novellas which make up this book, The Museum of Final Journeys, is an example of exquisite writing. In only forty-five pages, the author creates a whole world. The air, the smells, the look of rural India are so well described that the reader can almost sense the atmosphere. It is a quiet story of a circuit judge who is assigned to an outpost where there isn't even a library. The buildings are tumbledown.


The town, if you could call it that, was not one where people built houses with the intention of selling or renting them for profit; its citizens built for the purpose of housing their families till they fell apart. Many of the houses were embarked on that inexorable process, larger and larger families crowding into smaller and smaller spaces while roofs collapsed and walls crumbled. The whole town was a shambles.

Every morning I went to court, a crumbling structure of red brick that stood in a field where cattle grazed and washermen spread their washing...

His job is mostly to settle disputes between neighbors over somewhat ridiculous claims.


A wall that had caved in or two coconut trees that had not borne fruit for as long as anyone could remember, even these aroused the passion of ownership.

Then one day a man of ancient years comes by and tells him a very long story. He is bored and impatient, but slowly finds his interest piqued by the tale of a museum at an old estate. At the end of this novella he looks back in time and wonders if it was all a dream or if he really saw such a place.

The second, Translator Translated was more difficult for me to read. Not because it wasn't well-written, because the words were beautifully set down, but because the main character Prema was not easy to like. It got me thinking that, sadly, there are people who are simply, purely unlikable. I don't mean terrible people who do horrible things; I mean those ordinary people among us who either don't have much personality, or what personality they do have is unpleasant or boring. Prema is such a person. It seems like her whole life she has been colorless, and when a popular schoolmate recognizes her, she is filled with amazement. Of course that schoolmate is vastly successful, while Prema teaches students who don't like her. Tara is a publisher, and is going to start a new enterprise of publishing English translations of works written in the many Indian languages. She accidentally sees an old book of stories that belongs to Prema, written in the language of Prema's mother. The upshot is that she hires Prema to translate it. The published translation is successful, though not everyone approves of an English version. At a press conference, she is asked


"What made you decide to translate these stories into a colonial language that was responsible for destroying the original language."

When the short story writer, Suvarna Devi writes a book, and Prema is to translate it, Translator Translated becomes quite suspenseful because Prema decides she can write it better than the original writer.

This is a really good story despite of, and maybe because of, Prema's oddness.

The last novella is The Artist of Disappearance. It is the longest of the three, and the most meditative. It slows the reader down. Ravi is one of those rare people who from childhood pays deep attention to nature, and whose reality becomes that world rather than the world of people and things.


Outdoors was freedom. Outdoors was the life to which he chose to belong - the life of crickets springing out of the grass, the birds wheeling hundreds of feet below in the valley or soaring upwards above the mountains, and the animals invisible in the undergrowth, giving themselves away by an occasional rustle or eruption of cries or flurried calls; plants following their own green compulsions and purposes, almost imperceptibly, and the rocks and stones, seemingly inert but mysteriously part of the constant change and movement of the earth. One had only to be silent, aware, observe and perceive - ...

Silent, aware, observe and perceive. These are words not common in life, are they? Even if we do perceive, we feel we must tell someone either verbally or in writing. It sometimes feels as if something isn't quite real unless it is shared. We do not live in a quiet time. We need to make an effort to be still. We take yoga classes or go on retreats. But there are people in those classes and at those retreats. Ravi is alone. Not lonely but solitary. In these pages we read his life story and see the logical progression which led him to live as he now does. For a time he lived away from his home.

I am in awe of Anita Desai. I've never read anything quite so beautiful. If you want something different to fill your senses, and perhaps even to change how you think about your life, this is the book.

This is my first book for the South Asian Challenge 2012. 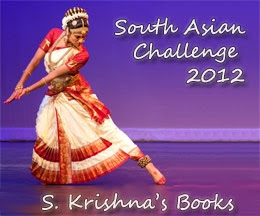