One, Two, Buckle My Shoe by Agatha Christie 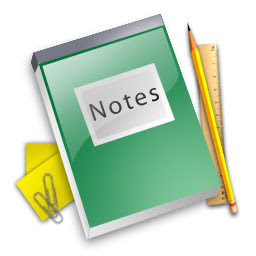 Rather than a full book report, this will be a shorter book notes version because I just don't have that much to say about this book. 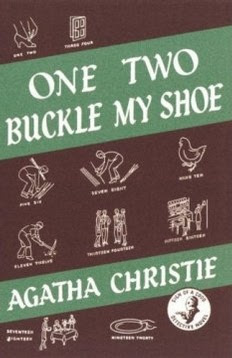 
Though I dearly love this old cover, I did not love the book. That's par for the course when one reads many, many books by an author. Some Agatha books I have loved, others I have liked, some were so-so, and a very few I really didn't care for. This is in the last category.


In fact, I've been putting off writing about it because frankly, I'd just as soon forget it. It wasn't horrible or filled with details that were creepy, but it was a somber story. It was published in 1940 when there was a lot of darkness and fear in the world. 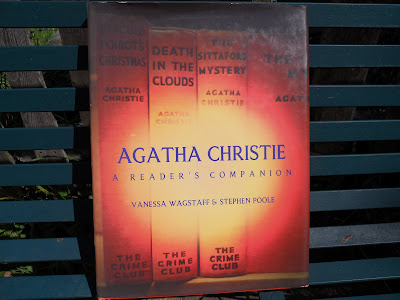 This story does not harken back to a gentler and more settled period but is full of references to current affairs. Although the war itself is unmentioned, there are references to Hitler and Mussolini, to Mosley's Fascists, to the threat of Communism and to the IRA.

There were tiny bits of humor, as in Poirot's fear of his six-month dental checkup, but the story and the characters were not appealing to me.

When I finished, I began Sad Cypress, which was published just before this one, and put it aside, at least for now, because there was that same feeling of despair that came through. I think I'm happier with those books that do 'harken back to a gentler and more settled period.'
Posted by Nan