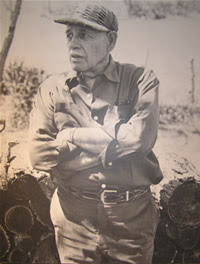 March is a tomboy with tousled hair, a mischievous smile, mud on her shoes and a laugh in her voice. She knows when the first shadbush will blow, where the first violet will bloom, and she isn’t afraid of a salamander. She has whims and winning ways. She’s exasperating, lovable, a terror-on-wheels, too young to be reasoned with, too old to be spanked.

March is rain drenching as June and cold as January. It is mud and slush and the first green grass down along the brook. March gave its name, and not without reason, to the mad hare. March is the vernal equinox when, by the calculations of the stargazers, Spring arrives. Sometimes the equinox is cold and impersonal as a mathematical table, and sometimes it is warm and lively and spangled with crocuses. The equinox is fixed and immutable, but Spring is a movable feast that is spread only when sun and wind and all the elements of weather contrive to smile at the same time.

March is pussy willows. March is hepatica in bloom, and often it is arbutus. Sometimes it is anemones and bloodroot blossoms and even brave daffodils. March is a sleet storm pelting out of the north the day after you find the first violet bud. March is boys playing marbles and girls playing jacks and hopscotch. March was once sulphur and molasses; it still is dandelion greens and rock cress.

March is the gardener impatient to garden; it is the winter-weary sun seeker impatient for a case of Spring fever. March is February with a smile and April with a sniffle. March is a problem child with a twinkle in its eye.