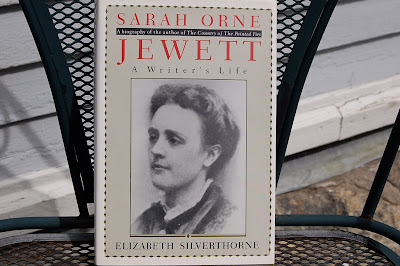 
This is an excellent biography of one of my favorite writers. The book, and its subject will appeal to my 'kindred spirits' - those who love the Anne of Green Gables books; Gladys Taber; Gene Stratton-Porter's, The Keeper of the Bees; the gentle sorts of books which celebrate the natural world, and often a world of the past. But it is also a book for those who love learning about writers and their literary connections. As I read along, I thought, my gosh this woman knew everyone who was writing at the time, and many became her close friends.

Sarah was fortunate to live at just the right time to come under the guidance of some of the most distinguished editors of the nineteenth century. These mentors, all noted writers themselves, included James Russell Lowell, William Dean Howells, James T. Fields, Thomas Bailey Aldrich, and Horace E. Scudder.

Both Scudder and Howells were editors of the Atlantic Monthly which published much of her work. Fields and his wife Annie lived in Boston.

Under the hospitable roof of 148 Charles Street in Boston, Charles Dickens, Matthew Arnold, and William Makepeace Thackeray read from their works and occasionally did some writing. There they met other renowned travelers as well as famous natives such as Longfellow, Emerson, Hawthorne, Whittier, Oliver Wendell Holmes, Edwin Booth, Winslow Homer, and John Singer Sargent. 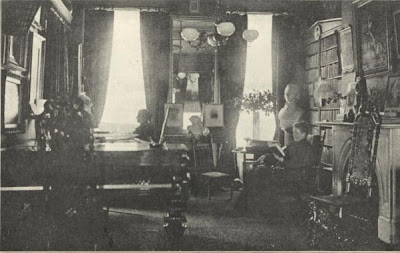 After the unexpected death of James Fields:

Annie Fields was devastated; she and her husband had truly been partners in life. After the prescribed mourning period for wearing black, Annie wore widow's lavender for the rest of her life in memory of her husband. But she would survive him by thirty-four years, and she was too dynamic a personality to sink into mourning.

Annie and Sarah had been friends before his death, and became closer afterwards. There is speculation about their personal relationship but Silverthorne doesn't focus on it. Whatever they were to one another:

Each encouraged the efforts of the other, and their time together was highly productive.

Sarah Orne Jewett was a woman who defies expectations and stereotypes. In three instances she surprises us. We often think of writers and readers as quiet folks who like to be indoors.

Sarah's love of the outdoors and of outdoor sports was as important to her as her love of books.

And though she was rooted in the past, and cared deeply about old times, she was part of the modern literary society of the day.

Finally, we may also assume that writers whose work is centered on a particular area mostly stay there. But not Sarah. She traveled widely during her lifetime. She visited Scandinavia, the British Isles, Europe, the Bahamas, Haiti, and Jamaica. She spent part of each year with Annie Fields in Boston. Still she had a great love of her home in South Berwick, Maine, and the area was at the center of her books. 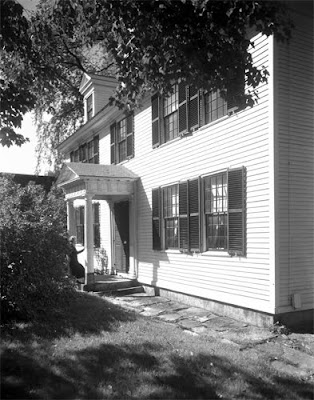 The Sarah Orne Jewett home is maintained by Historic New England. From their website:

Writer Sarah Orne Jewett (1849-1909) spent much of her life in this stately Georgian residence, owned by her family since 1819. Jewett drew on the house for inspiration for her novel Deephaven and often wrote at the desk in the upper hall overlooking the active town center. Jewett and her older sister Mary inherited the house in 1887. Decorating the house for their own use, the sisters expressed both a pride in their family's past and their own independent, sophisticated tastes. The result is an eclectic blend of eighteenth-century architecture, antiques, and old wallpapers with furnishings showing the influence of the Arts and Crafts movement.

As well as telling the reader about Sarah Orne Jewett's life, Elizabeth Silverthorne focuses on individual writings; telling us the stories, quoting passages, and offering reviews from publications of the time. I found this to be one of the most interesting biographies I've ever read. The author captured her subject, Jewett's writing, her friends, and her times in a most readable and accessible way.

If you'd like to learn more about the works of Sarah Orne Jewett, there is a very complete website here.
Posted by Nan