The daffodils are the stars of the garden these spring days. That's garlic you see in the raised bed. 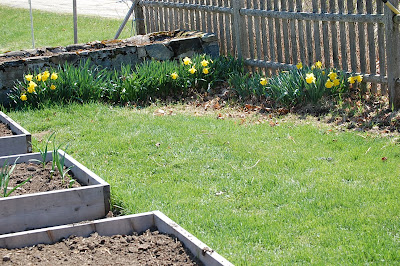 Little hyacinths from Old House Gardens are up in another raised bed. 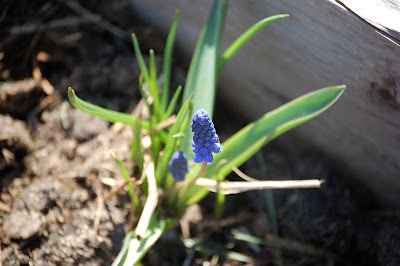 For centuries, this was the grape hyacinth, but today – except for its much less vigorous white form – it has all but vanished from commerce. What a loss! It’s hardier, earlier, and bluer than the modern M. armeniacum, with upright, sprawl-free foliage. 6-8 inches, zones 3-7S/9W, from Holland

At my request, Tom has cut down all the Rosa rugosas just outside the kitchen door. I planted maybe four plants a few years ago, and they had taken over the whole area. I like roses but there were just too many. I already see things popping up which have been hidden - iris, mountain bluet, and lupine. It doesn't look very attractive now, but once the flowers spread, and I plant some others there, it shall be beautiful, I'm sure! 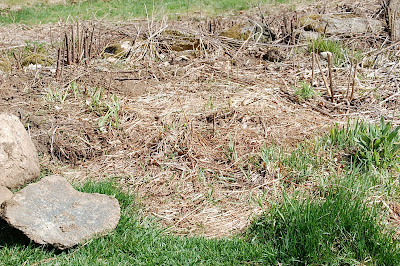 We've been talking a lot about what we want to do just outside the kitchen door. We now have two granite slabs for steps and then grass with some stepping stones. The sidewalk is made of little pebbles which are almost completely covered by grass now. We need to put some pavers down as a sidewalk, just like the patio (scroll down to fourth picture on the page). 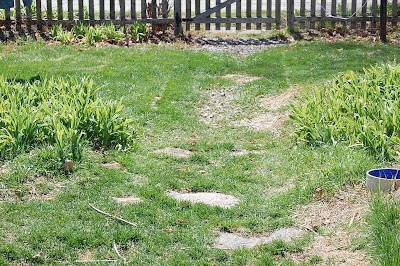 But do we have a patio off the kitchen too, or do we build a wooden deck? A lot of people say a deck just doesn't go with an old farmhouse, but I'm still thinking it could be nice. I'm open to any ideas you would like to offer! 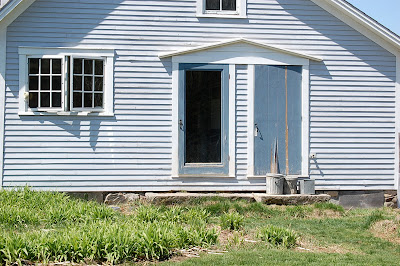 This summer we are going to replace both doors, and paint the new ones the same as the front door.


We get our honey in large buckets from Honey Gardens, and after they are empty Tom uses them for various things. This week, he filled one up with water to dissolve the honey and clean it out. As the water sat, all kinds of insects were attracted to the sweetness, including this bumblebee. 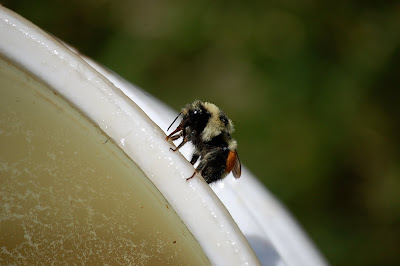 The rhubarb has leaved out and stalks have poked through the soil. 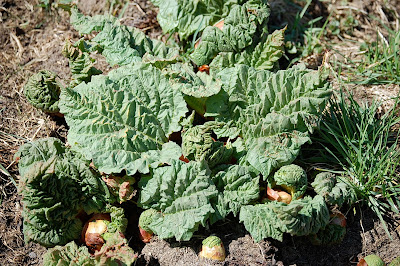 And lastly, here's a good reason to keep the tag on a plant you aren't too familiar with. I bought a tree/shrub last year and planted it between lilacs and an old honeysuckle near the vegetable garden. This year I wondered what it was. And then I saw the tag! 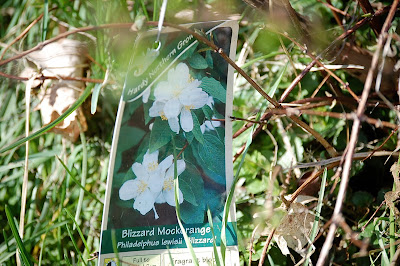 The quality of the photos isn't very good this week, but I took most of them in the brightest sun of the day, and didn't adjust the camera at all.
Posted by Nan