Tom, Michael, and Margaret on the ferry to Prince Edward Island, June 1994 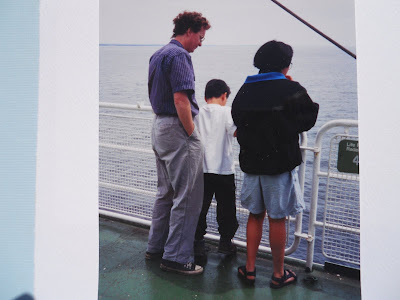 Only a dad with a tired face,
Coming home from the daily race,
Bringing little of gold or fame
To show how well he has played the game;
But glad in his heart that his own rejoice
To see him come and to hear his voice. 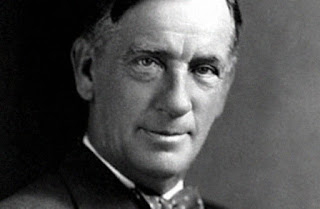 Only a dad with a brood of four,
One of ten million men or more
Plodding along in the daily strife,
Bearing the whips and the scorns of life,
With never a whimper of pain or hate,
For the sake of those who at home await.

Only a dad, neither rich nor proud,
Merely one of the surging crowd,
Toiling, striving from day to day,
Facing whatever may come his way,
Silent whenever the harsh condemn,
And bearing it all for the love of them.

Only a dad but he gives his all,
To smooth the way for his children small,
Doing with courage stern and grim
The deeds that his father did for him.
This is the line that for him I pen:
Only a dad, but the best of men.