Spring doings at the new house

I thought you might enjoy seeing what's happening down at Matthew and Margaret's house. If you are a new reader of my letters, please scroll down past the postings till you see 'letter topics.' Then click on 'the making of a home' and you will find eight posts from May - August 2010 which will tell you all about this exciting adventure.

Well, now they've been happily settled into the house for going on seven months. The builders didn't have a chance to do the landscaping last fall because it was too late in the year. So the homeowners had to endure the late winter/early spring mud season. There were many days they had to park along the road and walk across to the house on boards. Just this week the big machines have appeared - flattening the land, clearing brush, digging out giant boulders. They found big tree stumps which were buried and had to be dug out, leftover from a logging operation before we bought this place thirty years ago! There is now a real driveway, parking area, and sown grass seed covered with hay.

They greatly enjoy their front porch 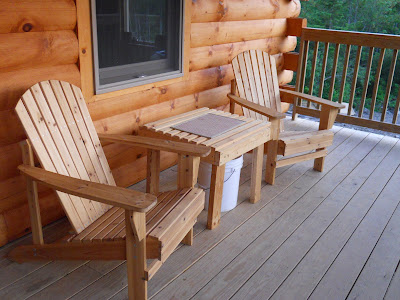 And I love the 'country' boots 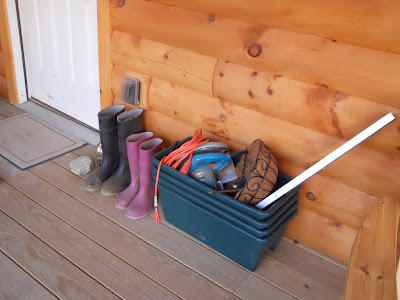 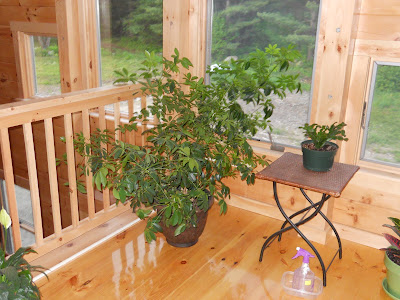 I think this motto pretty much sums up how they live 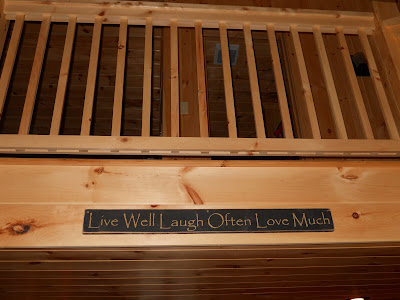 Last fall Matt spent a day bringing manure down in the tractor bucket. And this spring, he built four raised beds, loaded them with the composted manure, and he and Margaret planted vegetables. They are so excited and it warms our hearts to see their enthusiasm. 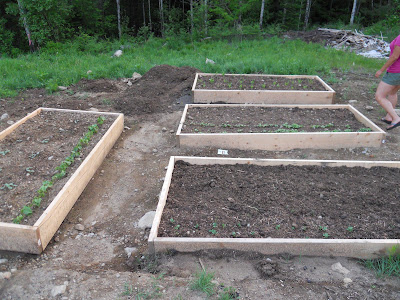 When May arrived, Matt and Margaret decided to buy two ducks. The local feed store couldn't guarantee if they were males or females, so we'll see what happens! Tom had kept our duck house which he'd built years ago when we had ducks. Matt had saved an old dog pen, and set it up for the duckies. This will be their outdoor area, with the addition of a kiddie pool, 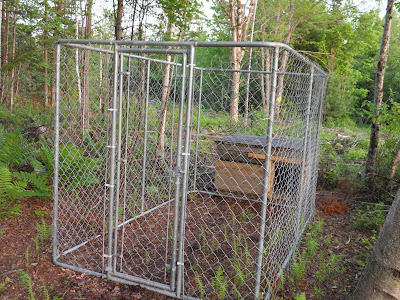 but they also have a safe inside home that Matt rigged up in the cellar. 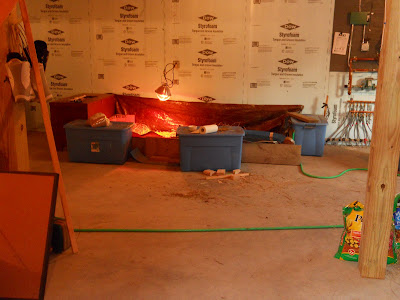 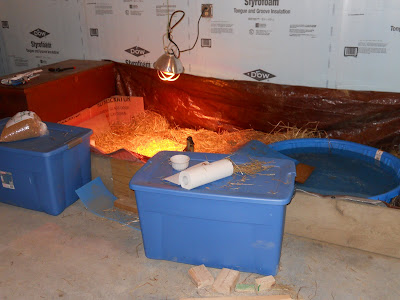 And here are the little darlings! These photos were taken a week ago, and they're quite a bit bigger now. 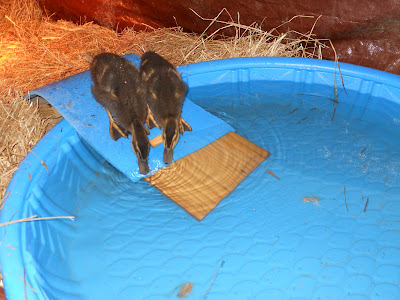 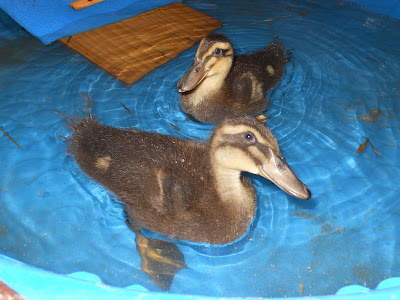 The wooded area to the east of their house which adjoins our pasture feels like a magic place to me. It seems more like an English 'wood' than our 'woods' which are dense and vast. 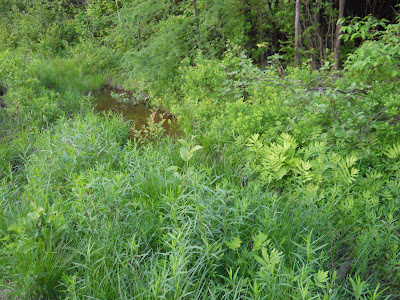 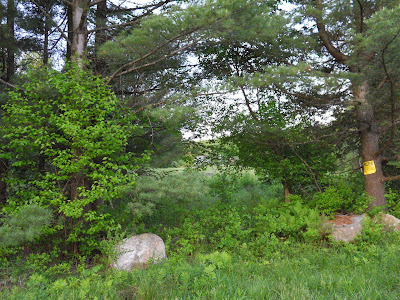 We gave them some spiderwort and they planted it under a spreading red maple tree. 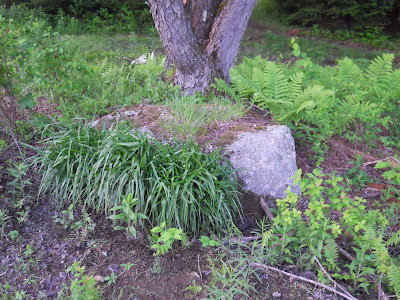 Wouldn't you like to climb onto this branch and read away an hour or two? 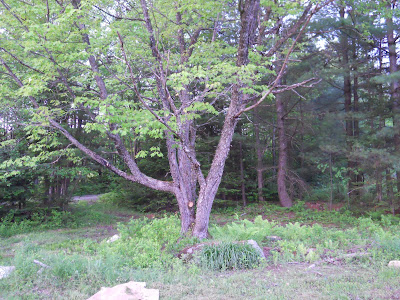 Margaret texted me on the morning of May 16: big big blk bear in the back yard. headed towards ur house. :)

I didn't see it so I guess it went off into the field before it got here. The local newspaper is full of bear news this time of year, warning people to keep their trash inside and to not feed them. We have a neighbor who doesn't feed them but they seem to enjoy hanging around his deck, and one even took a nap there one day a couple years ago. The other day we were driving on a road about a mile from our house when three cubs and the mother bear crossed the road in front of us. Those babies were so cute. Two came out first and kind of stood there until the mother showed up with the third baby running to catch up with her.

And last evening, after we had supper at Matt and Margaret's, I went into our kitchen around 8 pm to close the windows above the sink. I couldn't believe my eyes! There was a black bear walking across the lawn. He or she then walked onto the road. I called Margaret immediately to make sure Piglet and Lexi were inside because the bear was heading her way! She texted to say he had crossed opposite their driveway into the woods. Then in the next minute Tom and I saw another one up the road just a bit before it also went into the woods. Wow! It isn't often we see black bears. We've had a banner year in sightings!

PS I want to apologize for the quality of the outdoor pictures. I took these the last day of May in the early evening, and they didn't come out very well.
Posted by Nan