The Afternoon Tea Book by Michael Smith, pound cake recipe, and a giveaway! 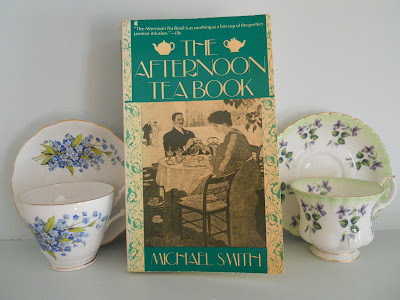 
I have owned this book for many years, though I'm not a tea drinker. What I do like is the food that goes with tea - breads and cakes and cookies, and that is what I've used this book for. In fact, there is a pound cake recipe which won me a second place ribbon at the 1989 fair. It is out of this world delicious, so I can only imagine how good the first prize cake was! 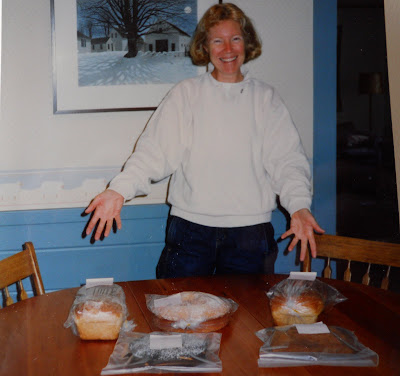 The author's notes precede the recipe.

This is one of the earliest cakes - in the way we think of cake today - and is unchanged from its original form in the rather extended appendix of the fifth edition of Hannah Glasse's book The Art of Cookery Made Plain and Easy, published in 1763. I have translated it into American culinary measures, and to please you, I suggest you use a tube pan (unheard of for cakes in England!). 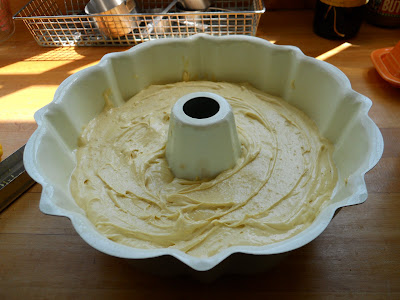 In those days a cake pan or tin was called a hoop.

The perfect tool with which to grate the rind. It is called a rasp, and I got mine from Lee Valley. 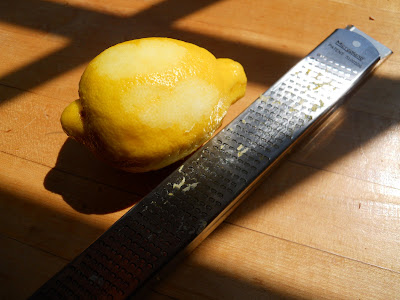 Brandy or sherry, to make a spoonable dough

Preheat oven to 325º F.
This cake can be made by the all-in-one method: Cream the butter and sugar in a food processor or with an electric mixer until pale and fluffy. Gradually beat in eggs and lemon rind. Add the flour 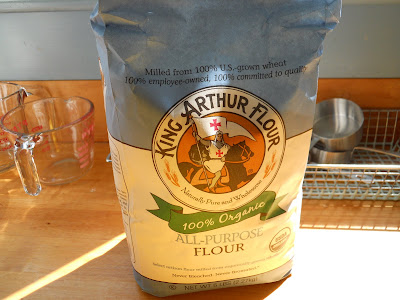 and enough liquor to make a spoonable batter. Allow it to be beaten well for 10 minutes or so. 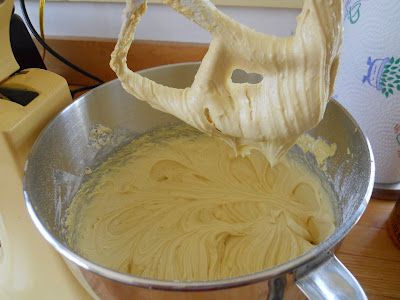 Bake for one hour, or until the cake is firm to the touch and shrinks from the sides of the pan. Let cool briefly in the pan before turning it out onto a wire rack.

My notes:
1. I never, ever use liquor in a dessert recipe. I like liquor. I like desserts. But not together. So in this case, I would just use some water. I didn't need to add it today.
2. Grease tube pan with cooking spray. 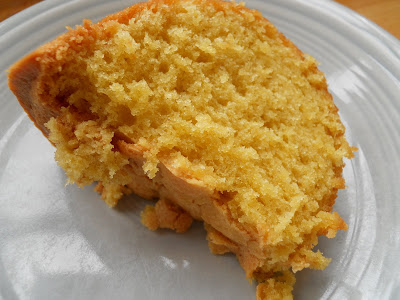 The Afternoon Tea Book is divided into two parts: History and Lore, and Recipes, the latter being the greater part of the book. The author died only three years after this book was published. There is now a Michael Smith Award for Work on British food which was given in 2010 to Tom Parker Bowles (the son of Camilla, Duchess of Cornwall!) for Full English: A Journey Through the British and Their Food.

The author was a founder of The Guild of Food Writers.


On 12 April 1984, a group of the great and good in the British food world gathered for lunch at London’s Intercontinental Hotel to enjoy a rather superb lunch devised by the hotel’s celebrated chef Peter Kromberg.

Among others, Lady Arabella Boxer, Miss Elizabeth David, Mr. Christopher Driver, Mrs. Jane Grigson, Miss Claudia Roden, Mr. Michael Smith and Mrs. Katie Stewart enjoyed a Petit Nage de Sole et Homard aux Asperges, followed by Magret de Canard au Foie Gras en Cage, with a Soufflé au Fromage preceding an Assiette de nos Desserts. The purpose of this grand and memorable event was to discuss the formation of an ‘association of food writers’. In the way of such things, a debate arose about whether or not it would be an élite Académie in the French style or something along the lines of the already existing Circle of Wine Writers. The latter won the day, but in so doing lost the group the support of the person who had been seen as its first president, Elizabeth David.

A note about the author explains that he is:


Hailed by the New York Times as the "doyen of English Cookery," his writing, broadcasting, and lecturing on all aspects of food preparation, presentation, and enjoyment reach an enormous audience, including viewers of B.B.C. T.V.'s "Pebble-Mill-at-One" and readers of Homes and Gardens and recently the Daily Telegraph.

Sadly I wasn't part of that 'enormous audience,' though I did watch two television series for which he was a consultant: (the original) Upstairs, Downstairs and The Duchess of Duke Street. How I wish I had seen him on television or read his work in publications, for his enthusiasm and love of life jump right off the pages of this book. He knows whereof he writes, but more than that, he loves his subject matter. He introduces the reader to Afternoon Tea, tells us about the actual tea bush and the ideal growing conditions, writes of China tea, India and Ceylon tea, and blended teas. Then he goes on to describe the various 'impedimenta,' the cups and tables and kettles, all accompanied by the delightful illustrations of Michael R.P. Bartlett.

It has been ages since I've offered a giveaway, and I thought I would do so. This book will be most appealing to anyone who loves the ceremony of tea drinking, and to those like me who love to bake the delicacies which are a part of 'taking tea.' This is, as they say, a 'well-used book.' Because that pound cake is what I've chiefly made, the book falls open there and has a small stain on the page. If you don't mind that, then I would be happy to give this book to you.

Please leave a comment saying you'd like the book on ANY POST from today, Friday,May 6 through Tuesday,May 10. On Wednesday,May 11, I shall do a drawing. I'll send it anywhere in the world.Please do visit the Foodie's Reading Challenge page and click on the various categories to read some wonderful food-related book reviews!