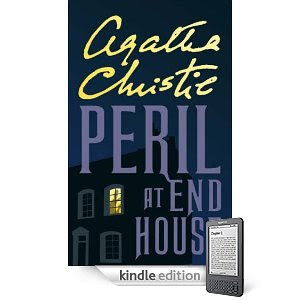 
First of all, I delighted to read mention of the last Agatha Christie book I read, The Mystery of the Blue Train in Peril At End House.

'A thousand pardons, Hastings. My thoughts were wandering. Wandering indeed to that part of the world you mentioned just now.'
'The south of France?'
'Yes, I was thinking of that last winter that I spent there and of the events which occurred.'
I remembered. A murder had been committed on the Blue Train, and the mystery - a complicated and baffling one - had been solved by Poirot with his usual unerring acumen.

And later on in the book, Poirot is introduced to one of the characters, and she says:

'If this isn't too exciting for words,' cried Mrs. Croft, shaking Poirot warmly by the hand. 'Read about that Blue Train business, I did, and you just happening to be on it...'

I was pleased to see Hastings back. I've mentioned before my fondness for this character, both in the novels and on the small screen. Yet this is an Agatha I didn't love. It was okay, but odd. There weren't any characters I could connect with or feel a fondness toward, except of course Hercule Poirot and Hastings. It was an unsettling case for Poirot. He feels old. He feels like he is missing things. It takes him a long time to figure out what is going on.

Our pair are visiting the seaside. A young woman with the childhood sobriquet of 'Nick' has had several attempts made on her life. She's been lucky so far to avoid being killed, but Poirot wants to make sure that the killer isn't successful next time. He asks the woman to have a friend come and stay with her, and when Maggie is murdered in a case of mistaken identity, he blames himself thinking he should have prevented it. He gets Nick admitted to a hospital facility and prohibits any outside visitors. He tells her not to eat anything brought in from outside.

Although I didn't care for Peril At End House so much, apparently it is well-thought of by Christie fans. From my beloved Agatha Christie companion - 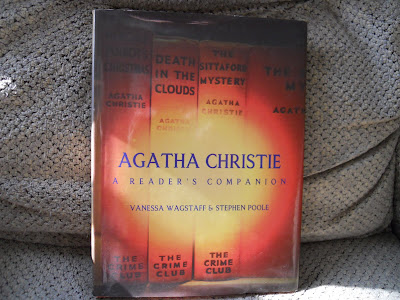 Writing in her autobiography thirty years on, Christie asserted, 'Peril At End House was another of my books that left so little impression on my mind that I cannot even remember writing it.' But despite the author's modesty, Christie aficionados reckon it to be one of her best books, with an ingenious plot and stronger characterization than is the case in some of her stories.

And though I felt the book lacked warmth and humor, I still enjoyed it. This seems contradictory, but honestly I do like everything she has written. I learn more about Hercule Poirot and Hastings, and their relationship with each story I read. It was really something in this one to see Poirot so vulnerable. His ego couldn't overcome his feelings of inadequacy especially when Maggie is killed. Hastings, our narrator says:

I doubt I shall ever forget the night that followed. Poirot was a prey to such an agony of self-reproach that I was really alarmed. Ceaselessly he strode up and down the room heaping anathemas on his own head and deaf to my well-meant remonstrances.

'What it is to have too good an opinion of oneself. I am punished - yes, I am punished. I, Hercule Poirot. I was too sure of myself.'

Poirot and Hastings are staying at the Majestic Hotel in a resort town in Cornwall. From the Companion book - 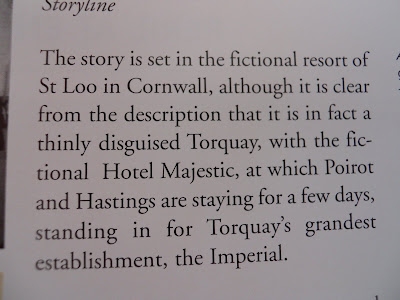 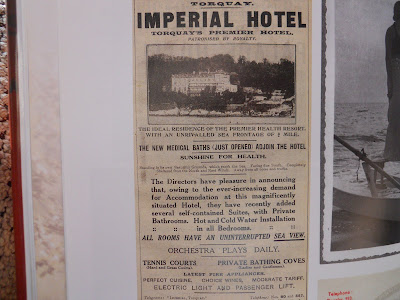 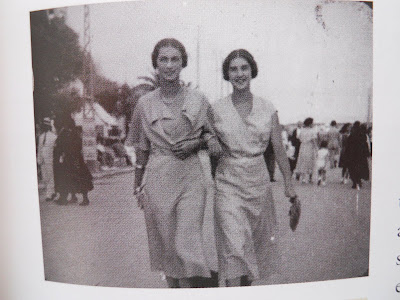 And the first edition book cover - 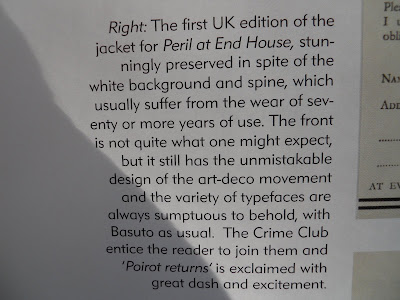 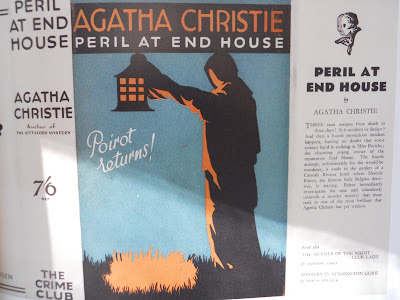 I have come to truly look upon this book as a 'companion,' and I highly recommend it for those who love Agatha Christie's work. I am forever grateful to my kind internet friend, Stacy for sending it to me.

So, would I recommend Peril At End House? Yes, of course! Even though I didn't find the story so appealing, I did like seeing Hercule Poirot in this new light. His gloom didn't last, and his spirit was back when he solved the case, but his character has acquired a depth that wasn't there before. Oh, what a writer, Agatha Christie was!
Posted by Nan