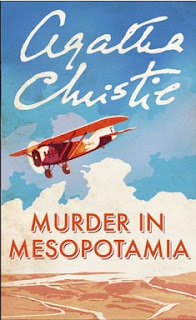 62. Murder in Mesopotamia - an Hercule Poirot mystery
by Agatha Christie
mystery, 1936
Kindle book, 39
finished, 9/17/11
Here's an Agatha book I just didn't care for that much. I liked the narrator, and the device used at the beginning of the book to introduce her. There is a foreword from a doctor, Giles Reilly in which he explains that this four year old case has been wildly misrepresented in the 'American Press.' He wants the facts to be set down by an unbiased person, a person who was there but not a member of 'the expedition staff' in Mesopotamia, now known as Iraq. I loved this way of setting up the book, and it was fun seeing Poirot portrayed through someone else's eyes besides Hastings'. Miss Amy Leatheran is a wonderful character and brightens up a book that, to me, would have been most dull without her.
I found I didn't like the psychological aspect of the book. I suppose that really all mysteries are about 'the psychology of the individual' - the phrase Jeeves often says to Bertie Wooster in the Wodehouse stories. But this one bored me with all the psychological talk. Because the first murder occurs some distance into the book, I shan't divulge here the name of the person killed. What I can say is that there's a woman suffering from nerves, as they used to say. Her husband hires our bright, common-sensical nurse narrator to take care of his beloved wife. There are many characters, working on various aspects of the archeological dig. When the murder takes place, it is discovered that Hercule Poirot

has been disentangling some military scandal in Syria ... and he will actually pass through Hassanieh on his way to Baghdad

That Hercule certainly does get around, and is always in the right place at the right time!
Agatha's second husband was Max Mallowan, an archeologist and she frequently accompanied him on expeditions. My much referred to Reader's Companion 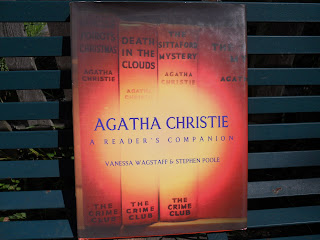 has an aerial view of the dig in Mesopotamia 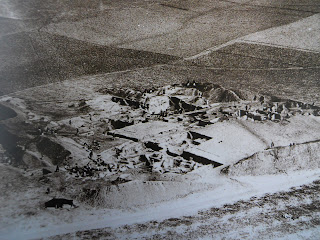 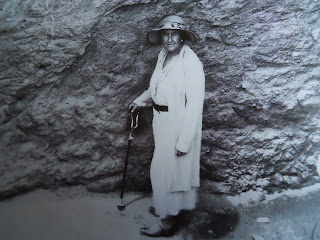 I would expect any books dealing with the subject of archeology, set in locales Agatha Christie knew well, to be interesting and illuminating but this one just wasn't to me. Of course, it is entirely possible that I have been spoiled by Elizabeth Peters' Amelia Peabody series. To my mind, the fictional bar on this particular subject is higher than any other writer - past, present, or future will ever be able to reach, even the great Agatha.

You may be interested to know that on the Mallowan 1936 dig, there was a major find:

seventy cuneiform tablets that demonstrated a connection between the site and the Assyrian royal family around the year 1800 BC.