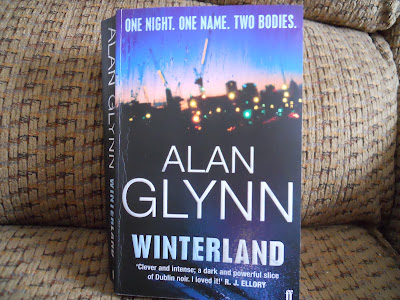 
In one evening two Noel Raffertys die. The younger, an obnoxious punk who was involved in many shady enterprises, is shot in the smokers'outside garden of a pub. The killer shoots and leaves, gangland style. A few hours later, his uncle, for whom he was named, dies after a drunk driving accident. Two horrible and tragic incidents for the mother of the young Noel; and for her and the other three sisters of the older Noel. Only the youngest sister, Gina wonders in the midst of her sorrow if they are really just awful coincidences. What are the chances that these two family members would die on the same night in different manners? Could there be any connection?

And with that we are off on a thrilling, exciting nonstop adventure. Unlike many books that are deemed political thrillers, this one is also very literary, very well-written. There is a strong sense of place - modern Dublin, and strong character development. And it features one of my favorite themes; how past events connect with, and influence those in the future.

Although I did love this book, I should let you know that there is coarse language and there are scenes of violence, but Winterland isn't nearly as gross as some television or some other books of this ilk. There wasn't violence against women or children or animals. And the language and action fit the story.

There are passages of great sensitivity such as this:


'You know, I had a brother who died, many years ago now, in Korea actually, but it's not something you ever really get over, is it, the death of a sibling? I mean in the sense that it affects your identity, it ... it redefines you in a way.'

I love the use of modern technology in Winterland. Honestly, sometimes I wonder how any police work was done without cell phones and computers. In this book, some emails which had been deleted were retrieved and became very important to the story.


It's the last field in the message header, right there along with the others, with the sender and the receiver, with the date and the subject line ...

Cc: ... [I don't want to give anything away by writing the name]

The drugs taken by the rich and powerful utterly astounded me. Everyone is on a first-name basis with tranquilizers, sleeping pills, and pain killers. When a doctor stops prescribing, one addict just finds another doctor who will. These drugs really play a part in the lives of the people in the book, and even in the story. This is an example of the 'new' Ireland. The Irish used to drink their pints of Guinness. I don't think beer was even mentioned in this book except in conjunction with an incident from twenty-five years ago.

From the top of a new skyscraper a man looks out on Dublin:


The scene is spectacular, with the city spread out below - Liberty Hall, the Central Bank, the spire of Christ Church Cathedral, and then, farther out, the parks and greenbelt areas, the housing estates that look like electronic circuit boards, the gigantic shopping centres, the new ring roads and motorway extensions, lanquid and serpentine, laid out in every direction ...
The new city.

In Winterland, the beginnings of all this development echo in the present day.

A pivotal event toward the end of the book takes place near the Martello Tower in Sandycove. This got me thinking about the days Tom and I spent in Ireland in 1971, and how not only have we changed in the years since, but also how much the country itself has changed. 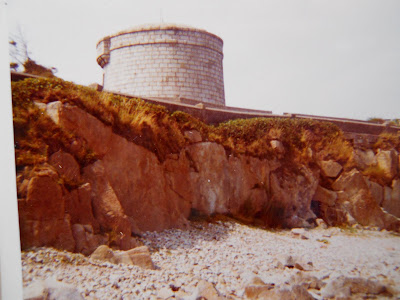 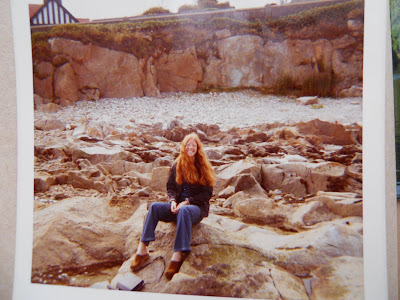 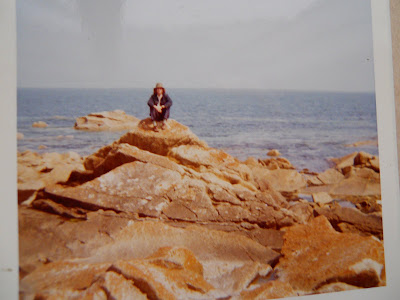 Simply a marvelous, exciting, interesting book. I highly recommend it.
Posted by Nan