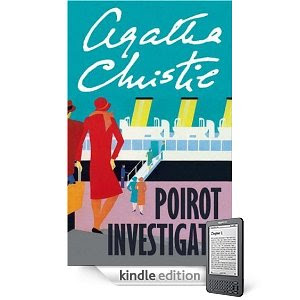 
I'd like to note that if you are interested in the order of Agatha's books - publication, Poirot, or Miss Marple, you may go here for all three lists. I have copied and pasted them into folders and refer to them frequently. When I began my little Agatha escapade I read hither and thither, not paying much attention to where a book fit in, but now I am a bit more serious in my reading. I am making an attempt to read the Hercule Poirot books in order, which doesn't mean necessarily publication order. It is not in the least imperative that a reader do so. I simply want to. This is not a series in which there is a whole lot of change or growth in the main characters. The mystery, the case is the thing!

Poirot Investigates comes after The Murder on the Links. There is a short story called Christmas Adventure in between but I don't have it yet. This book is a collection of eleven short stories, only one of which I had read before - The Case of the Missing Will.

These are full-fledged cases which are just shorter than the novels. I found them to be excellent and intriguing tales. In The Disappearance of Mr. Davenheim, Poirot tells Hastings that there are three classes of disappearance.

First, and most common, the voluntary disappearance. Second, the much abused "loss of memory" case - rare, but occasionally genuine. Third, murder, and a more or less successful disposal of the body.

In The Tragedy at Marsden Manor, Poirot uses a word association device to find the truth - 'to question your subconscious self.'

At the beginning of The Kidnapped Prime Minister, Hastings tells us:

Now that war and the problems of war are things of the past, I think I may safely venture to reveal to the world the part which my friend Poirot played in a moment of national crisis. The secret has been well guarded. Not a whisper of it reached the Press. But, now that the need for secrecy has gone by, I feel it is only just that England should know the debt it owes to my quaint little friend, whose marvellous brain so ably averted a great catastrophe.

My Agatha Christie, A Reader's Companion tells me that the original UK edition had eleven stories while the American collection had fourteen. The missing three were published in Poirot's Early Cases but not until 1974! 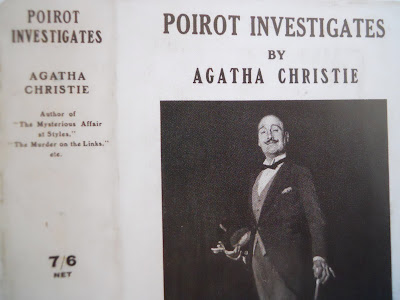