The Evergreen That Isn't

Occasionally, Tom does a posting here, and today he's going to write about one of his favorite trees.

In late October the tamarack shows up, along with the poplar, as the last of the color in the forest. I grew up knowing the tree as the larch; my grandparents had a large one in their back yard. It has several names--larch, tamarack, hackmatack. It is the only conifer that sheds all of its needles every year, which makes it a deciduous coniferous tree. It prefers moist, swampy soil and doesn't tolerate shade well. Consequently, pines and spruce often overcome it, making it rarer than those two. In the spring, the needles sprout--a soft, vibrant green. 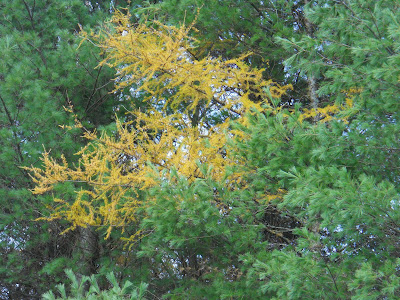 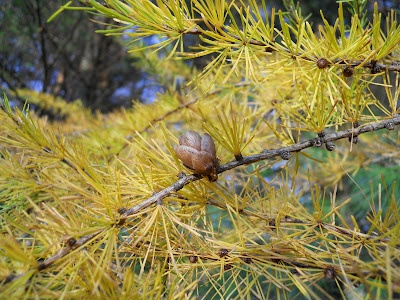