The Case of the Man Who Died Laughing by Tarquin Hall


Have you heard about laughter yoga? If not, here is the beginning of a recent article in the New Yorker. And here is the official website which offers a video. In the video you see mostly women, but that isn't the case in The Man Who Died Laughing. We are introduced to a group of men in Delhi who meet in the morning outdoors to practice laughter therapy. One of the attendees is stabbed by Kali, a Hindu goddess, who arises out of the mist. The man killed is dubbed, 'the Guru-Buster' because he tries to disprove the many 'leaders' who are making profits off the public's beliefs in the supernatural. Vish Puri, the detective we first met in The Case of the Missing Servant takes on the case to prove that this was no supernatural event. He believes the man was really murdered.

I was so pleased to be back again in this most interesting of countries, traveling along with this delightful fictional sleuth. Many of the same elements are present as in the first case. His undercover operatives with sobriquets such as Facecream and Tubelight are back to take part in the investigation. Unbeknownst to our hero, his mother and his wife are working on their own personal case to find out who stole the money in the kitty at one of their women's gatherings. Again we see the importance of food to 'Chubby' as his wife calls him. There's a great scene where he sits down at his desk, gets his food out, and doesn't think about the case at all as he eats. We read about each food stand he visits. The appeal of the food was so strong to this reader that I bought some frozen Indian meals! 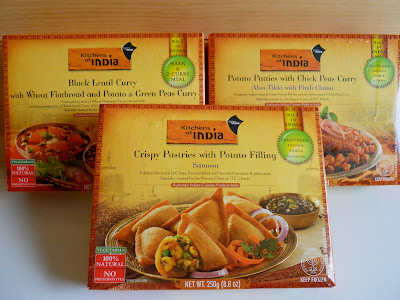 We hear more about the corruption which pervades the country. There is a stretch of road mentioned that is beautifully tarred, and then suddenly it turns into a bumpy path through the fields, and no one knows when it will be finished. As I was reading the book, Tom heard on the news that this very corruption is wreaking havoc on India's plan to host the Commonwealth Games. This page also has a video on the traffic problems there. This is exactly as they are described in the books. Vish Puri has a driver, Handbrake, and tells a visitor:

An educated, well-to-do gentleman such as yourself should not go round hither and thither without a good driver. Frankly speaking, sir, it does not look right. Just you should sit in the backseat only. That way you won't be facing this type of harassment. Police wallahs will know you're someone of importance and not a part of the riff-raff. ... allow me to find a suitable driver. He should be of good character and naturally not a drunkard. Those from the hill states are best. Such types have learned to control their vehicles on all those tight bends. Otherwise they'd go right off the edge.

In this 'largest agglomeration on the planet with a population fast approaching 17 million people,' Vish Puri goes about his business, contented in his work and with his family. He enjoys life surrounded by traffic, people, corruption. There is something about India that is special that way. Great belief and calm sit side-by-side great poverty and problems. May the author give us more and more stories about this wonderful detective and this wonderful country. I love this series.
Addendum: Jenclair left me a comment about a video of John Cleese visiting a Laughter Yoga group, and I thought it so good, I decided to come back here and post it.
Posted by Nan