I recently told a couple readers that I really should write about the ease of growing daylilies, in case someone hasn't grown them before. First of all the orange ones, the so-called 'common' daylilies are the only perennials that were on this land when we bought it. There are still two areas where they grow that we haven't touched in all these 29 years. The soil has never been 'improved.' They just grow and grow. Most of our other orange daylily gardens have come from transplanting those originals. Many of the other colors were bought from a local nursery or White Flower Farm; and some were gifts from a co-worker of Tom's who was thinning out her own plants. We've never had a bit of trouble with any of them. We don't fertilize. We plant them thickly and we don't thin them nearly often enough. And yet they grow and thrive and give more pleasure than any flower I know. This week some of the orange ones are beginning to go by, but all the other colors are going strong with new ones opening every day. 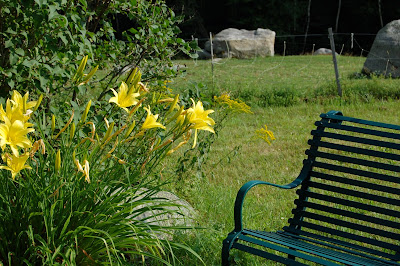 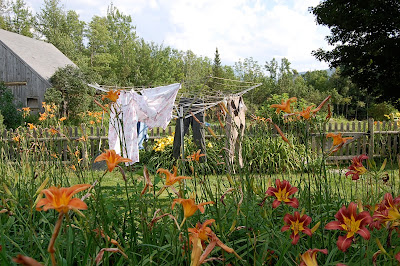 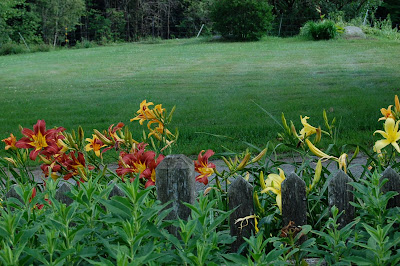 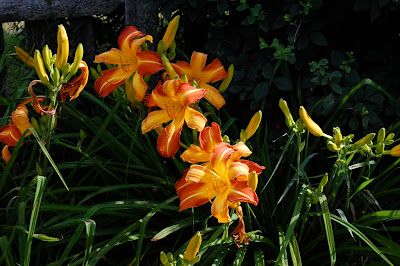 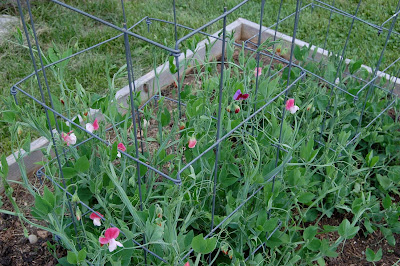 The Zephyr squash looks like something out of the tropics. 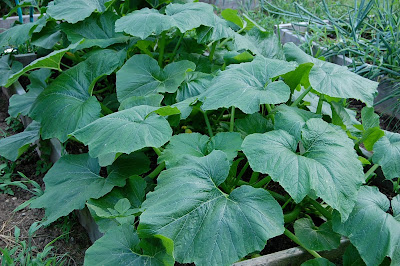 And the first squashes appeared this week. 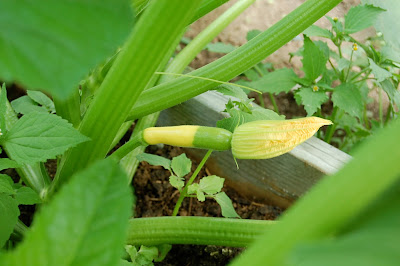 The pole beans may be taller than their supports but should be okay. 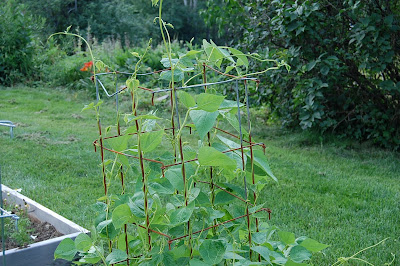 Years ago we bought four blueberry bushes. Two immediately died; the other two have straggled along all this time, and finally we have berries. 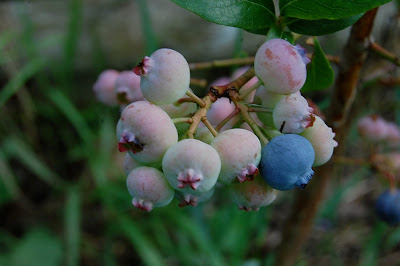 On the farm front, Tom put up some extra fencing this week to try and keep the goats from going through. They don't seem to care if there is electric fence or not. Goats do exactly what they want to do and go exactly where they want to go. They've already eaten down two small patches of orange daylilies. Since the double fencing, they haven't gotten out. Fingers crossed. You may read more about these little terrors here.