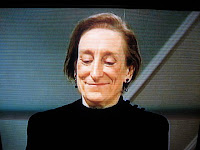 Mrs Bale says, I spy with my little eye... 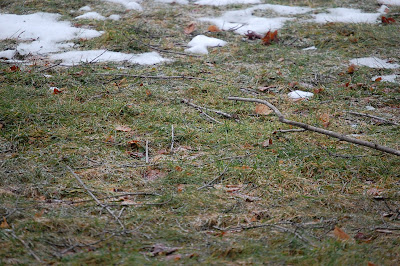 The January thaw is an observed but unexplained temperature rise in mid-winter found in mid-latitude North America.

Sinusoidal estimates of expected temperatures, for northern locales, usually place the lowest temperatures around January 23 and the highest around July 24, and provide fairly accurate estimates of temperature expectations. Actual average temperatures in North America usually significantly differ twice over the course of the year:

Mid-autumn temperatures tend to be warmer than predicted by the sinusoidal model, creating the impression of extended summer warmth known as Indian summer.
For five days around January 25, temperatures are usually significantly warmer than predicted by the sinusoidal estimate, and also warmer than neighboring temperatures on both sides.
During this "thaw" period, usually lasting for about a week, temperatures are generally about 10 °F (6 °C) above normal. This varies from year to year, and temperatures fluctuate enough that such a rise in late-January temperature would be unremarkable; what is remarkable (and unexplained) is the tendency for such rises to occur more commonly in late January than in mid-January or early February, which sinusoidal estimates have to be slightly warmer.

In some regions (such as northern Canada) this phenomenon will not be manifest as a "thaw" in the technical sense, since temperatures will remain below freezing.

The January thaw is believed to be a weather singularity.
Posted by Nan