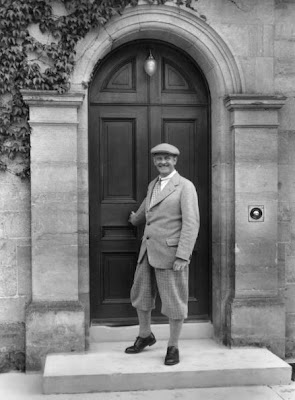 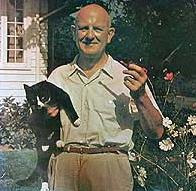 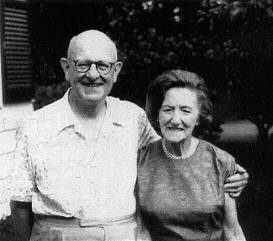 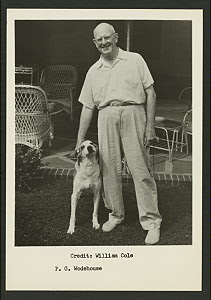 
A few words from Mr Wodehouse on his birthday.


He registered surprise - mild surprise, of course. He never goes so far as the other sort. One eyebrow flickered a little and the tip of his nose moved slightly.
Jeeves in the Morning

For as a dancer, I out-Fred the nimblest Astaire. Jeeves in the Morning

I like my soul the way it is. It may not be the sort of soul that gets crowds cheering in the streets, but it suits me. The Cat-Nappers

I let it go; principally because she had gone on speaking, and it is practically impossible to cut in on a woman who has gone on speaking. They get the stuff out so damn quick that the slower male hasn't a hope. The Cat-Nappers

It was one of those heavy, sultry afternoons when nature seems to be saying to itself, 'now, shall I or shall I not, scare the pants off these people with a heluva thunderstorm.' Jeeves and the Tie that Binds

The great lesson we learn from life is to know when and when not to be in the center of things. Stiff Upper Lip, Jeeves

However dark the prospect may be, Jeeves, however murkily the storm clouds may seem to gather, a keen eye can usually discern the bluebird. Right Ho, Jeeves

And Catsmeat [Claude Cattermole Potter-Pirbright] is a fellow who'd always thought you were kidding him when you assured him that there were words in the language that had more than one syllable. Thank You, Jeeves

Physical exercise is a recognized palliative when the heart is aching. Thank You, Jeeves

And I returned to my book. It was the only thing I could think of that would keep me from sitting torturing myself with agonizing broodings. The Code of the Woosters

It was one of those perfect days which come 3-5 times in an English summer. Cocktail Time
Posted by Nan