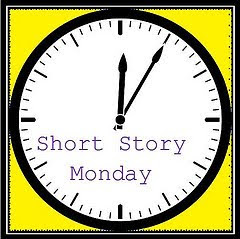 On the first Monday of each month, I plan to read a short story by F. Scott Fitzgerald. Today's choice was The Last of the Belles. It is set in Tarleton, Georgia during the First World War, and told mostly as a flashback. The story comes back to the present many years later for its resolution. The narrator is a fellow named Andy, who is supposed to be a 'safe' date for his friend's girlfriend while that friend is away. Of course he becomes smitten: at first with her name, Ailie Calhoun, and later with her looks and personality. But nothing happens between them while his friend is gone. She is truly the belle of the ball with a different date every night; dates which are esssentially dancing and nothing else. When Bill Knowles, the man who loves her, is coming back, one of her would-be suitors says that if she marries Knowles, he will bring his plane up 6000 feet and turn off the engine.

The wonder of Fitzgerald's writing is that in thirteen pages, he tells an entire story. I could actually feel my heart pounding faster when I finished. I was absolutely wowed. I was completely caught up in this story. The characters are perfectly drawn. The time period is perfectly described.

Some snippets to whet your appetite:

She had the adroitness sugar-coated with sweet, voluble simplicity, the suggested background of devoted fathers, brothers and admirers stretching back into the South's heroic age, the unfailing coolness acquired in the endless struggle with the heat.

We drove through pine woods heavy with lichen and Spanish moss, and between the fallow cotton fields along a road white as the rim of the world.

... I stumbled here and there in the knee-deep underbrush, looking for my youth in a clapboard or a strip of roofing or a rusty tomato can. 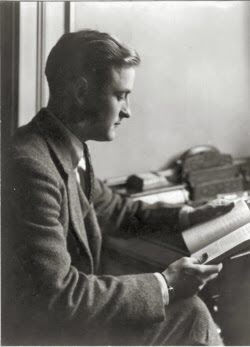 You may visit here to read other short story reviews.
Posted by Nan