Invasion of the pods :<)

I've been meaning to write about this subject all summer. We have a huge, huge iris plant. I don't recall where I bought it, but I've had it a few years. It didn't blossom for a while, but had gorgeous, lush leaf growth so we let it stay, hoping the flowers would eventually come. Well, this summer, they did. We had very, very pretty yellow iris flowers. 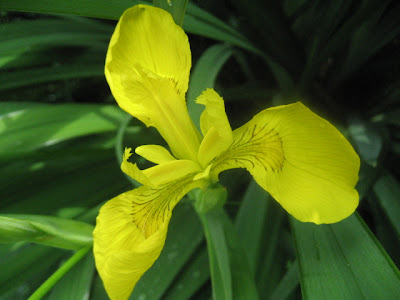 But I began to wonder about the plant itself, about why it was so big, and I discovered that in some places, including my own state -just this year, it is considered an invasive species. Apparently it goes wild if planted near water. Well, ours is along the fence which borders our road and there is no water anywhere, but still it grows. It was planted on one side of the fence, but it has spread to both sides. 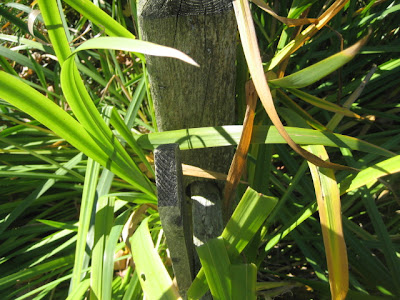 This is what I saw when I went out today, and I thought it plenty scary. And this is just one pod. There were many of them, all waiting to grow and grow and grow. It is overpowering everything around it. So, we've decided to dig it up, and I hope we don't need to rent a backhoe to do so. 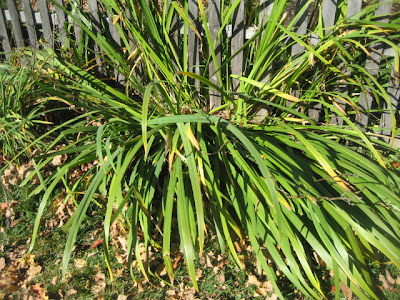