I read this quote in a book I just finished - Murder Between the Lines by Radha Vatsal, book two in the Kitty Weeks series. Excellent, by the way. Historical mystery that felt more like it was written when it took place, 1915-16. Kitty works for a New York newspaper, and she reads these words, written by Arnold Bennett. 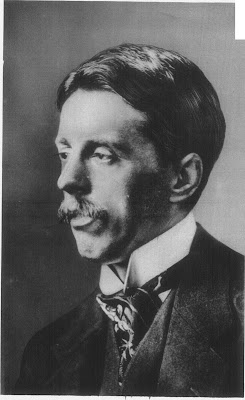 "We may no more choose our styles [of writing] than our character."

He advised to never pass judgment of one's own writing until it was a week old, because "until a reasonable interval has elapsed, it is impossible for you to distinguish between what you  had in your mind and what is actually on the paper."

All of us who write blogs are indeed "writers". Years ago, I was the secretary of the Vestry at the church (Episcopal) and an older woman told me how important a job I did. She said that I was writing history for later generations to read. Each of us who keeps a blog is doing the same. I often go back to read blog entries written by people who no longer write, or who have died. I get great pleasure from their words written many years ago.
Posted by Nan