Most of the snow passed north of us,
but this morning we're given the fancy white lace
on the edge of that blanket,
every weed on the roadside coated with ice.

Behind the counter at the post office,
somebody's small carton stamped with block letters:
ANGEL MOMENTS WITH SNAIL.

I drive very slowly all the way home.


Another little gem! In snow country, "blanketed with snow" is quite a common term, but the idea of "the fancy white lace on the edge of that blanket" is completely fresh and new to me. That's what poets do. They see the world in a different way. He uses the familiar "blanket" but gives the reader a new way of thinking about the "edge". And, as is often the case with poetry, readers see different things in it. Tom interpreted the icy weeds as the "fancy white lace" and after he said it, I thought of course, but I had read it in a broader way - that the blanket of snow missed his area; it was on the "edge" of the blanket.

And what's with that carton at the post office??! I bet he wondered about it on his slow drive home. I think I wouldn't have been able to stop myself from asking what in the world it meant!

I went for a walk from 3:40 to 4 pm. We had a snow squall earlier in the day but by then the sun had come out and it was just beautiful. 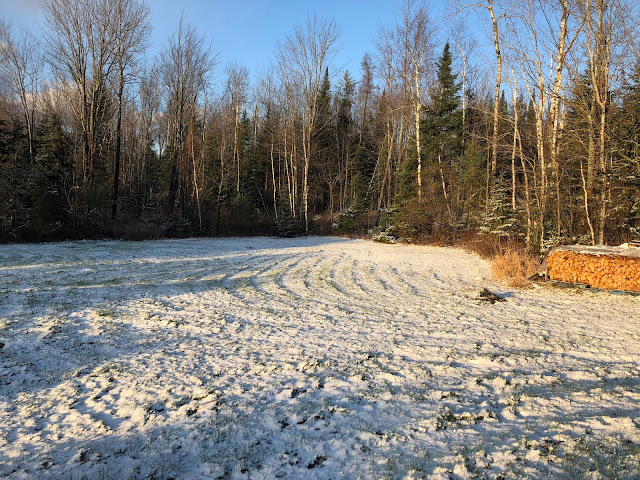 The weeds were indeed "coated with ice". I tried to capture this beauty but it doesn't work well taking a picture into the sun. The little green dot must be some kind of sun reflection, but still you can get the idea. They sparkle like the proverbial diamonds. 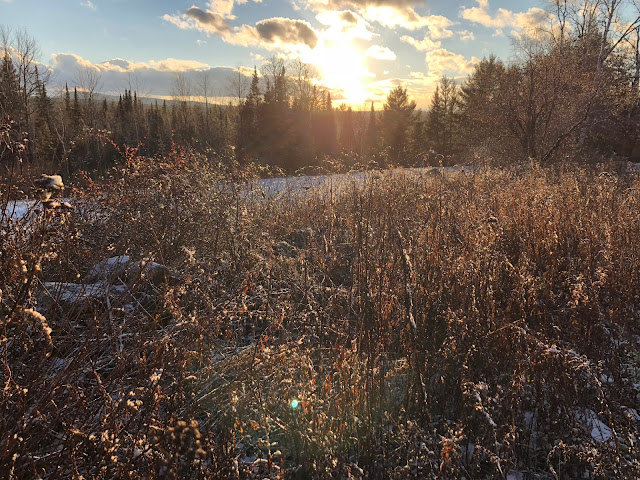 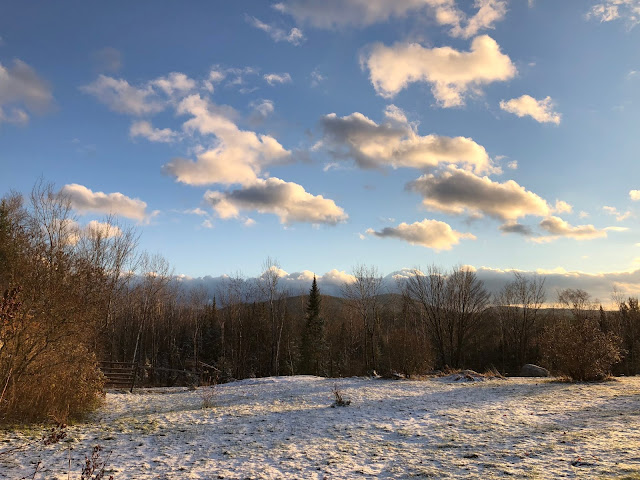 I love the late afternoon light on the house 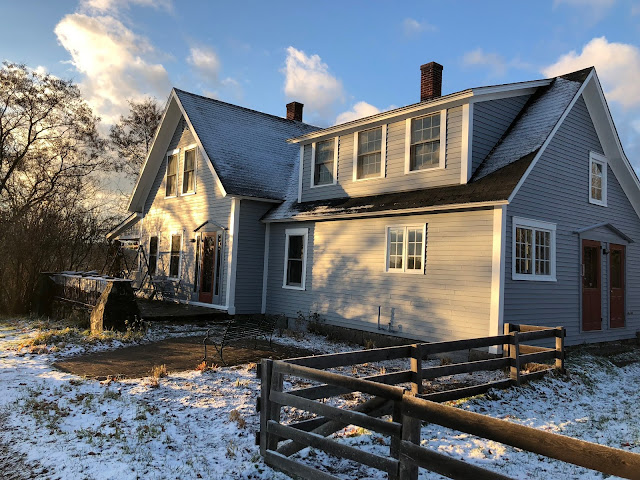 Abbey Road  oak leaves (in homage to my blogging friend, Penny who so often finds whimsy in the natural world) 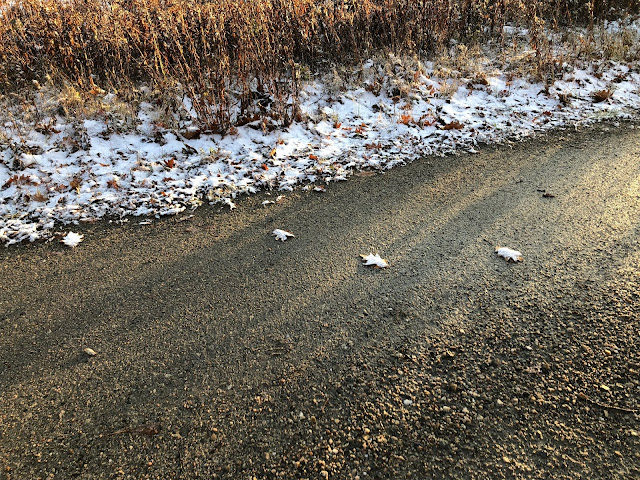 This is one of my favorite spots. I really should put a chair or bench there. 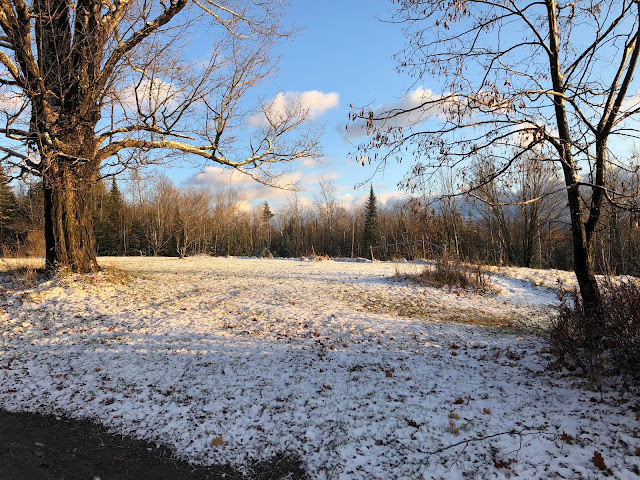 Soon after my walk we drove down to Michael and Estée's house to take care of Campbell Walker and Indy Thomas while the parents had a "date night". We had a wonderful time, as you might imagine. And we had the joy of putting them to bed. Is there anything so precious as a sleeping child? It fills me with feelings that are so deep I can't begin to put them into words. Probably Ted Kooser could though! 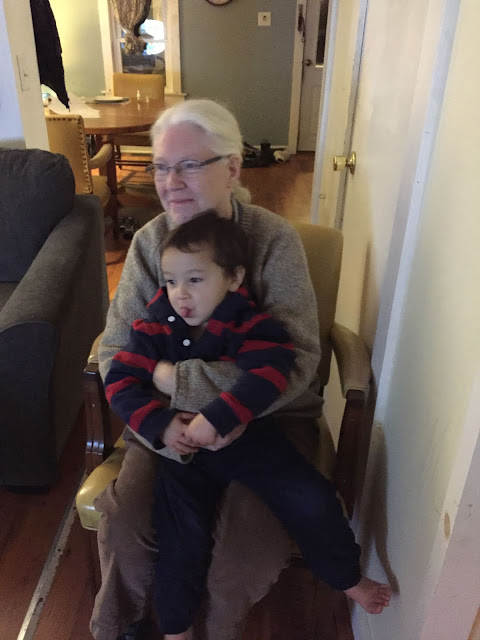 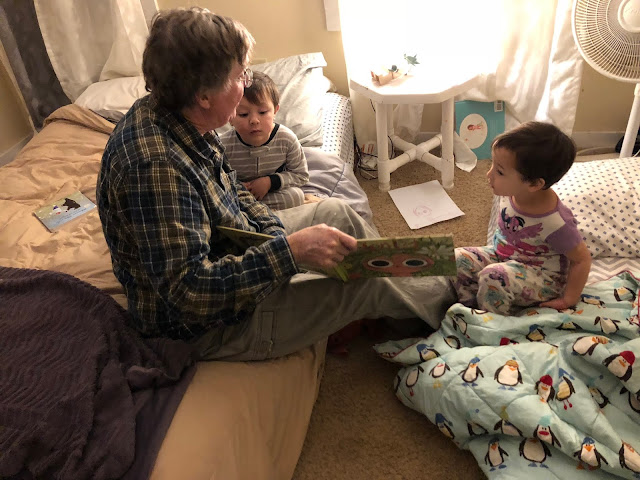 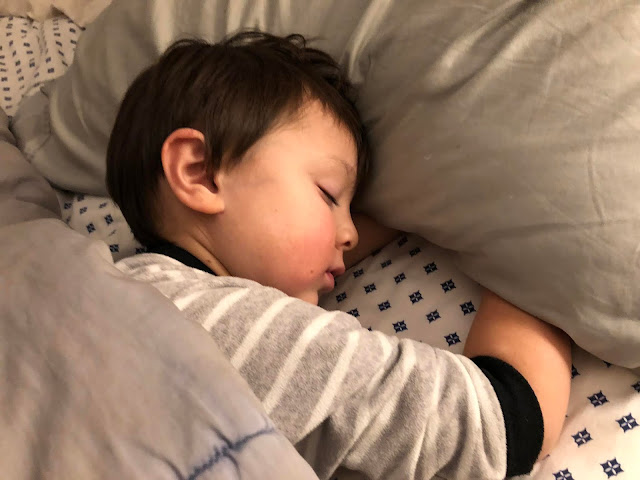 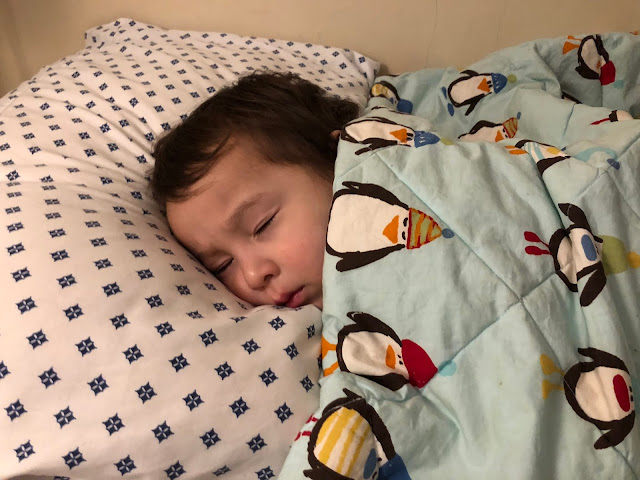 Usually it is a straightforward ride between our houses - about 45 minutes on mostly highway. But not last night. Tom wanted to get some coffee. We pulled off in one place, but everything was closed so we drove on to another town, and went to a MacDonald's. There was a stretch limo in the parking lot and quite a line of cars in the drive-through lane, and we thought uh, oh, they've been slammed at  10:30 at night. We waited half an hour! When we finally got to the window, the man gave us our order free (I, of course, couldn't pass up French fries and milk) because of the wait. He told us his employee just walked off the job. Can you imagine doing such a thing?

So we continued on our way. It was snowing further north. At one point we found ourselves behind two side-by-side snowplows. We went 25 mph, and had the safest drive in town! Driving slowly just like Ted Kooser. 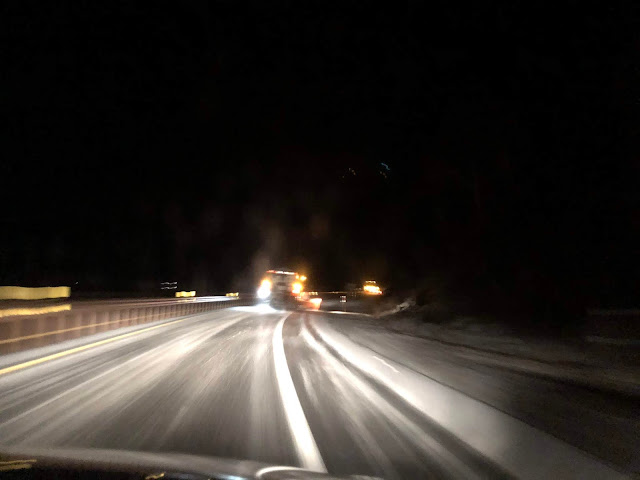 Labels: Family, Up and down the road - 2018, Winter Morning Walks with Ted Kooser